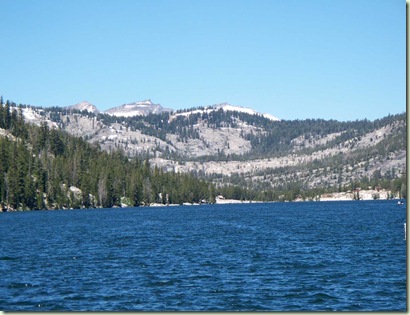 This might come as a bit of a surprise to those of you who know me, but I was painfully shy as a little girl.

And timid. I was afraid of my own shadow, so I hid in my mother’s. Literally.

I was attached to her apron strings. Again – literally.

I sometimes wonder how my life would’ve been different if I hadn’t grown up at the Chalet. 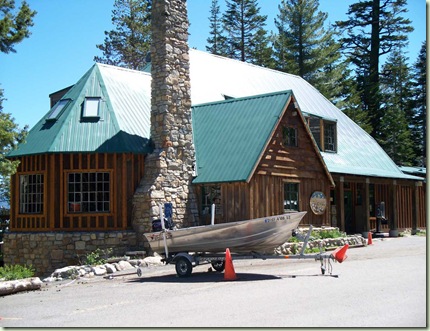 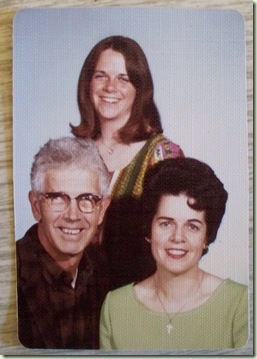 If I hadn’t grown up around a crew of college kids.

Let me put it another way –

Thru the years we had quite a parade of kids work for us.

Maybe they weren’t kids, but that’s what Dad called them.

Most of my Echo posts will be about them. And Dad.

a lot of good stories.

There was one boat boy who, if I close my eyes right now, I swear I can still see his peeling, sunburned nose slathered in white zinc oxide and his twinkling blue eyes.

Twinkling with mischief, if memory serves.

Tim, was his name. Timmy – to Dad, Jorgy, as he was called by everyone.

Tim doesn’t know this, but he was instrumental in bringing a scrawny 5 year old out of her shyness. For which, she’ll always be grateful.

If I had tried to locate him after 40+ years, I wouldn’t have known where to start. I could barely remember his last name, much less how to spell it. (I was 5, you know.)

Truth be told, I wasn’t looking for Tim. I was looking for Echo pictures. And I found Tim. Or so I thought. A quick Facebook message and a wonderful response from him confirmed it.

But rather than a quick ‘hi, how are ya?’ on FB, never to be heard from again, Tim did something wonderful. He read my first & second posts about Echo, and then added a comment, a little story, really, about his first summer at Echo. In 1963.

I was hanging out playing beach volleyball in Santa Monica during the summer of 1963. I had just graduated from St. Monica’s High School. The days were full of sand, sun, girls and games and life was good.

Some internal discussions were taking place, behind my back, among various family members and the next thing I knew I was on the road with my mom and her new Hollywood stuntman boyfriend. Apparently he had a friend that owned a resort by Lake Tahoe and they needed help for the summer.

I’ll always remember that first sight of the lake with the Chalet on the right.

Unfortunately I was sent back down the road to the corral where I was under the tutelage of a mad boozehounded cowboy named Bob….dickhead.

My mom and her boyfriend basically dropped me off with a small bag of clothes and said, “enjoy your summer Tim…we’ll see you in September.”

The boozehound gave me a broom and sent me into the barn and told me to clean up because that’s where I would be living for the next two months.

The upstairs area in the barn looked like the last inhabitants had been a family of creatures.

I started to sweep while wondering how long it would take to walk back to Santa Monica. Cowboy Bob called me down to the corral and told me to go get one of the mules and bring him to the gate.
There were ten very pissed off pack mules just waiting for some goofy kid to walk in and try to put a rope around anyone of them. I grew up around horses and I remember how angry they can be after being ignored for short periods of time. These mules had been ignored since the previous summer and I barely got out of the corral as they came charging at me. I’ll never forget boozehound Bob laughing as I jumped the fence. “I thought you said you had horses?” “These aren’t horses, they are mules and like you they are absolutely nuts.” He told me to get back up in the barn and clean up my room and I told him to take the broom and put it somewhere else……he told me to get the hell out.

I walked back to the Chalet and Jorgy listened to my story for about two minutes and said I could stay a few days until I figured out how to get home. He said I had to work for the room and board and to go upstairs and find a bed. I spent the next few days working about 12 hours a day and somebody noticed that I worked hard and Jorgy hired me at $1.25 an hour.

I was a general flunky and one of the first jobs was to remove a large tree stump from the stable area. I was paired with a short little dude named Butch Conlan who lived on the lake. It took us a week to unearth that stump and Butch and I have been dear friends from that moment on.

At the end of the summer I sat down with Jorgy and after carefully examining the books he told me that I owed him $37.50. He had a list of every meal and anything that I had gotten from the chalet store. I remember him looking at me and saying….”Well I guess you’ll have to come back next year to work off what you owe me.”

The next summer I came back after passing a certification test and was officially a boat boy for Echo Lake.

The summers of 63, 64 and 65 will never be forgotten and the wonderful memories of Echo are forever etched in my mind.

Tim’s memories have inspired me to get ‘back on the horse’ and write some more. Shoot, ‘Cowboy Bob’ alone is a story by himself. I don’t remember him, but Mom does. So, more to follow.