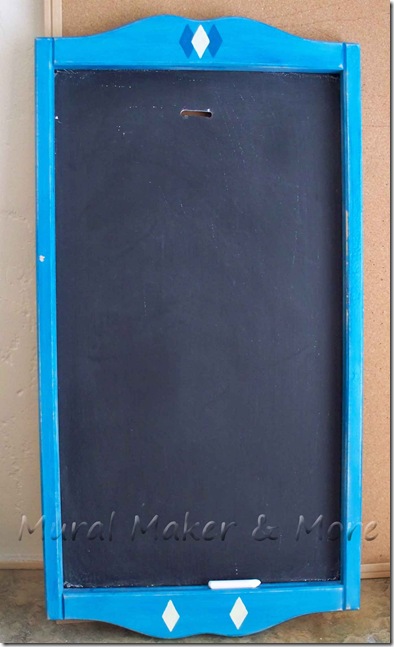 The other day the clerk at Walmart made a remark about my purchases of Mod Podge, iron-on transfers, spray paint, etc., etc., etc.

“You must be really crafty!”

Me: No. Actually I’m an artist. I don’t do so well with crafts.

Her: Really? There’s a difference?

Me: Definitely – crafty people are really creative and handy. I mainly just paint.

And when I do crafts there’s often a lot of prayers. And swearing. Not necessarily in that order either. I didn’t mention that tidbit to her.

I classify this chalkboard as a craft. And yes, true to form, there was a lot of swearing and I just might have callouses forming on my knees.

It started out alright. 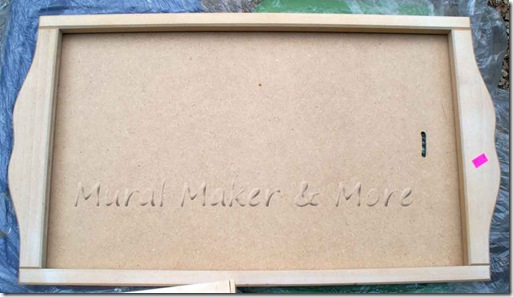 It was missing a piece of wood that would’ve covered that little slit. 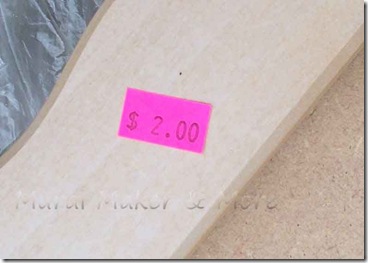 And, just in case you were wondering, No, I’m not one of those handy crafty bloggers who uses power tools. Especially saws. {shudder}

Ok, maybe a drill once in a while, but that’s about the extent of it.

Since I’m still on my turquoise mission, I went on the hunt for turquoise spray paint. It was quite a hunt. I checked Walmart, Michaels, another craft store, hardware stores.

Nothing. Nada. No turquoise.

What is up with that?!? Don’t these guys know how popular turquoise is?

I found some beautiful light blues and some light aqua, but no turquoise. 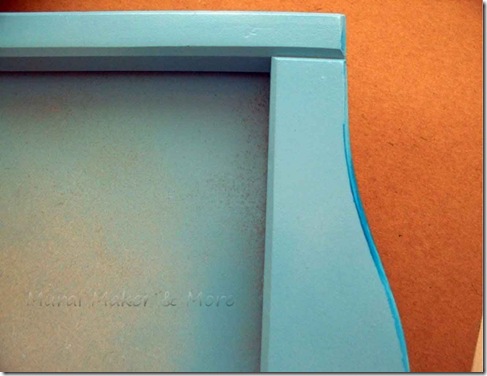 I finally found this light turquoise at True Value Hardware. But it wound up being lighter than the cap, which, by the way is a pet peeve of mine.

Note to all Spray Paint Manufacturers: can you please, please try a little harder to match the caps to the color that comes out of the can?

Ahem. Where was I? Oh, yeah . . . turquoise. Why I was so obsessed with finding a spray paint is beyond me when I had this gorgeous color in my paint drawer.

It’s reading a lot bluer than it does IRL. It’s the perfect shade of turquoise. 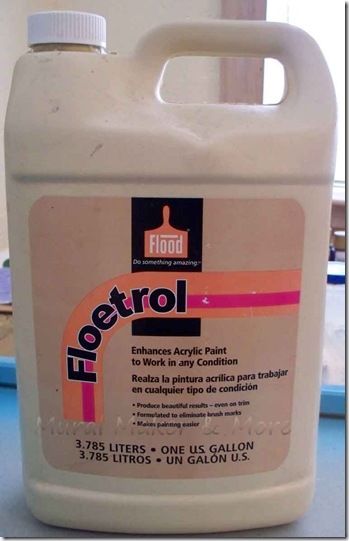 And this, my dear friends, is what I use for a glaze. I’ve used it for over 15 years on walls, canvas, wood – you name it.

I started using Floetrol back in 1996 when I began playing around with faux finishes. Back then there were no glazes to be had in Northern California. One of the books recommended Floetrol and I stuck with it.

Oh, I’ve tried a few glazes from time to time, but I just can’t see enough of a difference to justify the extra cost. Especially if the project is for my own home.

I know a lot of you love Ralph Lauren glaze on your refinished furniture which is great. I’m just too dang cheap. 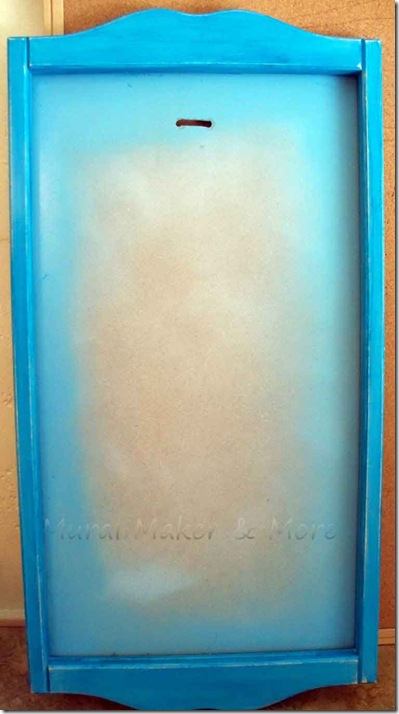 So here’s the frame – spray painted, glazed with turquoise, and a light distressed sanding.

So far so good. No major mishaps, other than too many shopping trips for spray paint when I could’ve basecoated the dang thing already and saved about $15 of gas. (j/k)

Now, here’s where I always get stuck on ‘crafts’. I knew it needed something painted on the top and bottom, but I couldn’t decide what.

Dragonflies? Maybe. But one on top and one on the bottom? I wasn’t feeling it.

So I looked around the house and realized that while most of the furniture is just a traditional style, a lot of our art and accessories has a bit of an asian vibe. Or contemporary.

At least, that’s the direction we’d like to head. If you saw the house now you’d think I was nuts.

You wouldn’t be alone either. 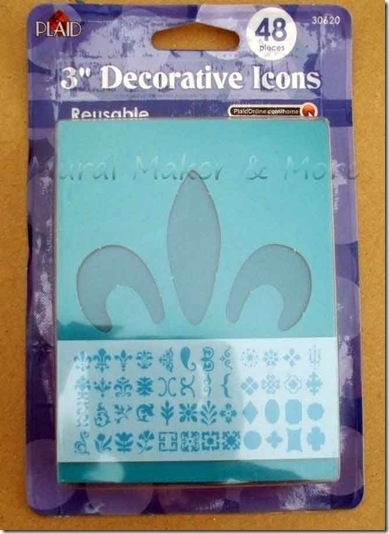 But, looky what I found on my crafty shopping trip! Three inch stencils!

Yes, I realize I’ve said over and over again how I’m stencil-impaired, but I thought it was time to give stencils, and myself, a chance again.

The fact that the stencils are turquoise was just a coincidence – even if I did take it as a sign from my crafting muse. That, and they were only $3. 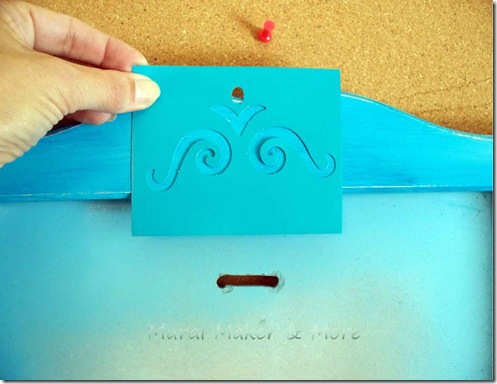 So, at first I thought about these classic ‘S’ scrolls. Looking at it now, it would’ve been the best choice, I think.

But I ditched the scrolls because I wanted something a little more graphic. Like a diamond. 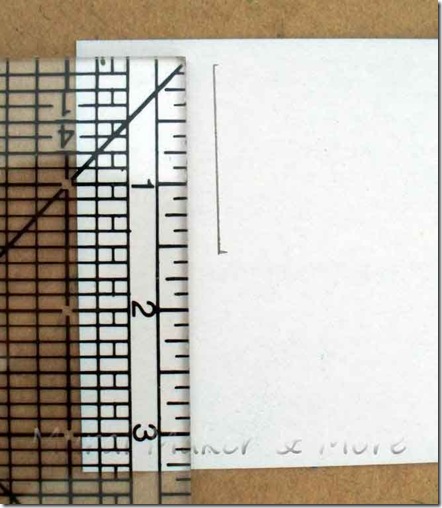 I’ve been paying attention to my blogging sistas who actually know what they doing and made the height twice the size of the width. 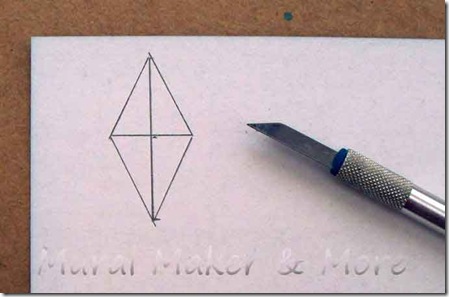 Then I just cut out the diamond. The stencil pack came with a blank piece, which was another sign – or so I thought at the time. 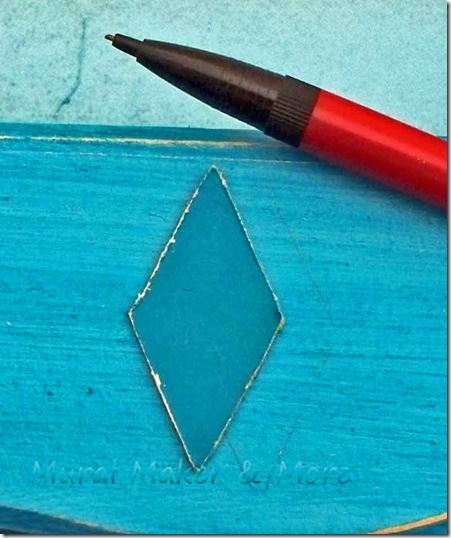 At the last minute, I bailed on the stencil idea. I just couldn’t bring myself to try it. I just used the diamond as a template instead.

Now, whether you stencil, use a template, or try it freehand, chances are you’ll paint outside the lines. Like I do. A lot.

Here’s an easy way to fix overpainting – while the paint’s still wet, grab a clean paintbrush, dampen it with clean water and ‘erase’ the paint that’s outside the pattern line. 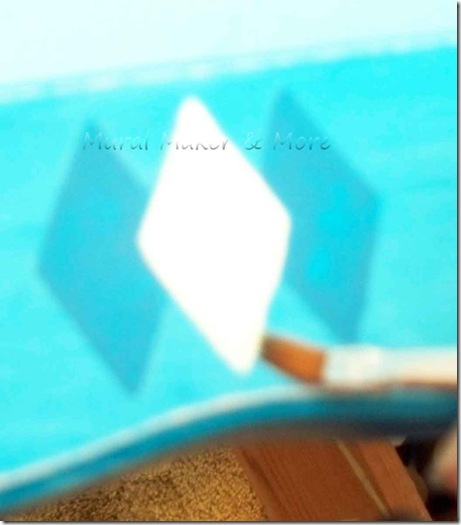 And if you know how to take a left-handed pic when you’re right-handed, could you let me know?

At this point, I couldn’t decide whether to leave the diamonds alone or put something on top of them. Like a dragonfly. Or even a scroll.

So I just left it alone and sprayed it with a clear sealer. 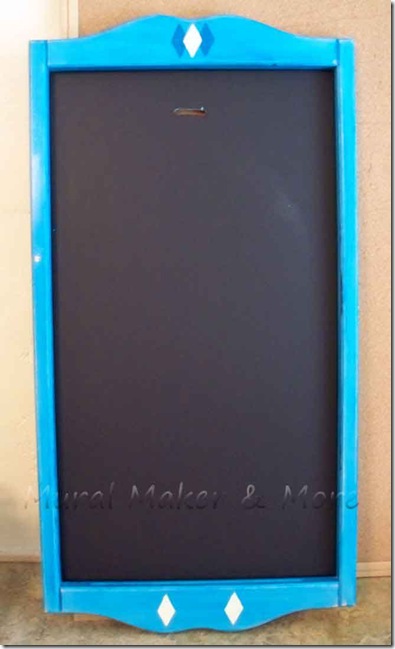 Then I taped the frame off and painted 3 coats of chalkboard paint. 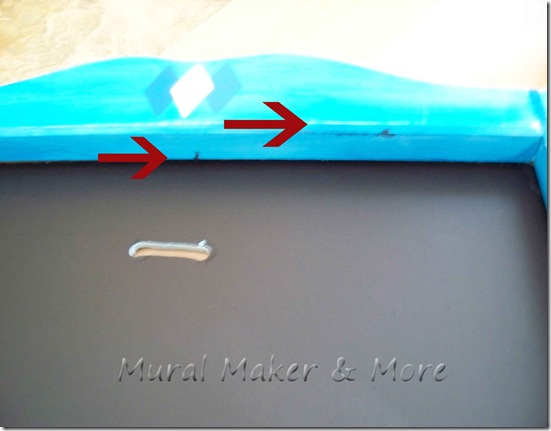 Yes, I said I taped off the frame. 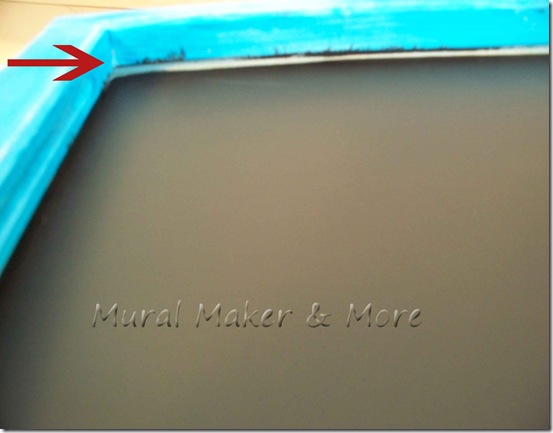 Obviously I didn’t tape too well.

I just grabbed the sandpaper and took it off. But by this time, the little craft was beginning to get on my nerves.

And then the coup d’grace. (Translation from Wikipedia: a death blow intended to end the suffering of a wounded creature. Seriously!)

All I know is if I sand it off then I’ll have to take everything down and start over because of the glazing.

I just think of it as a little vintage character. 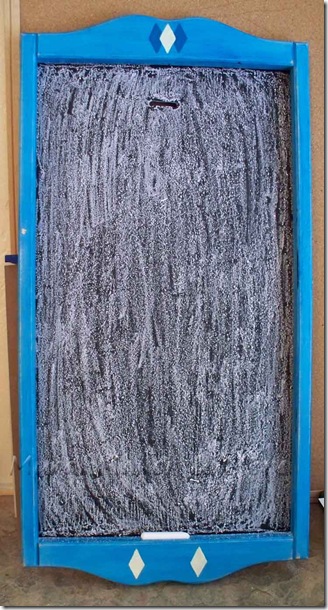 After the chalkboard paint cured, I ‘seasoned’ it with a coating of chalk. 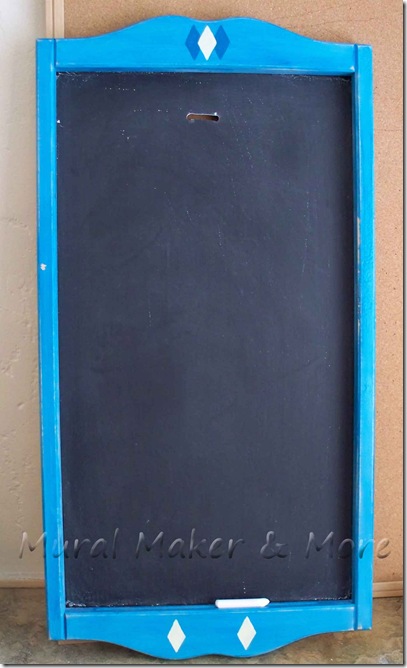 So maybe it’s not a ‘wounded creature’. It just has some issues, like most of my craft projects.

Here’s the main one now – I have no idea where to hang the dang thing. You’d think the kitchen, right? Well I have a paneled door on the pantry that I’m gonna paint with chalkboard paint, so I don’t need this little guy.

Two chalkboards downstairs? Nah, I don’t think so. I think he’ll have to go upstairs.

The other issue is the slit. Great for hanging with a nail! But then what?