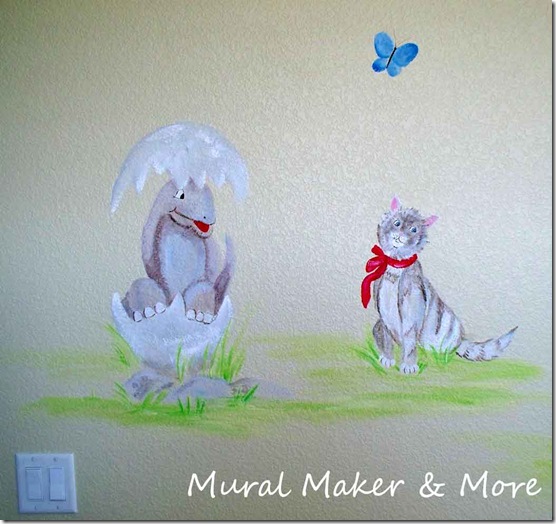 The end of last week turned out to be quite the whirlwind. Thursday started with this mural. 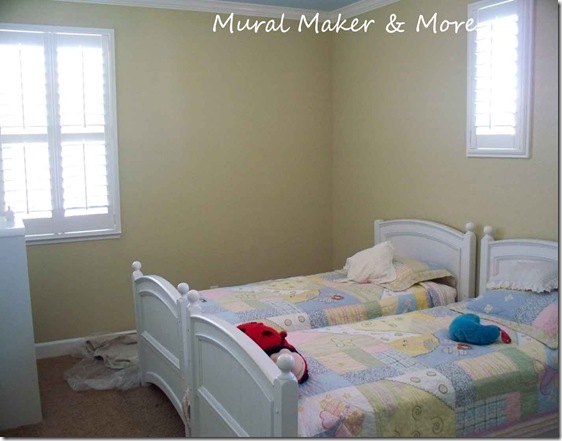 It was for two little girls, sharing a room. The oldest loves dinosaurs (read: Land Before Time) and the youngest loves kitties. 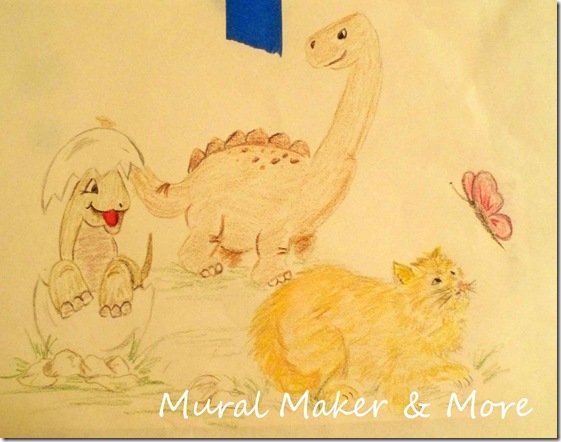 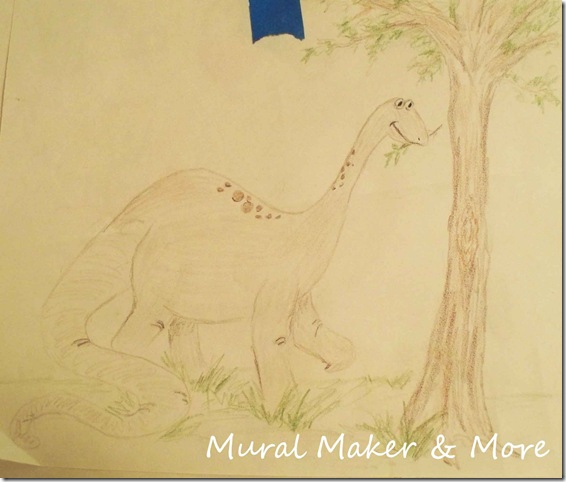 How difficult could that be? And I already did these little pencil sketches that the client approved.

No surprises. No stress. Just a day of painting for two darling little girls. 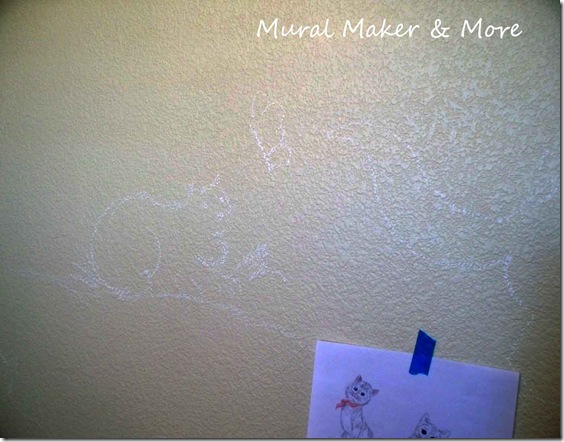 I started off by chalking the kitties and dinosaurs on the walls. 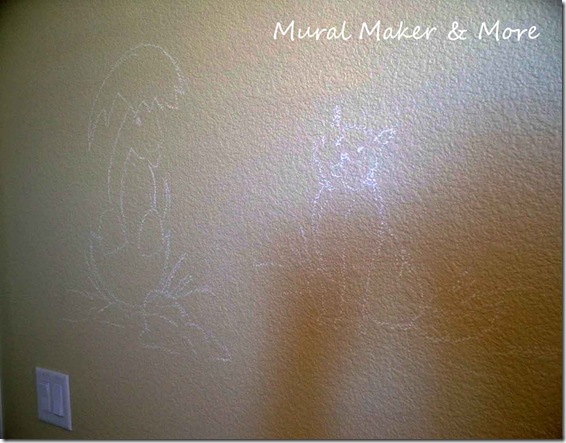 I’ll tell you what I haven’t tried is rubbing chalk on the back of a pattern and transferring it to a wall. Like how you can transfer patterns with pencil. I just now thought of it.

If it works, I’ll let you know because it’d save quite a bit of time – even if it’s easy for you to sketch. 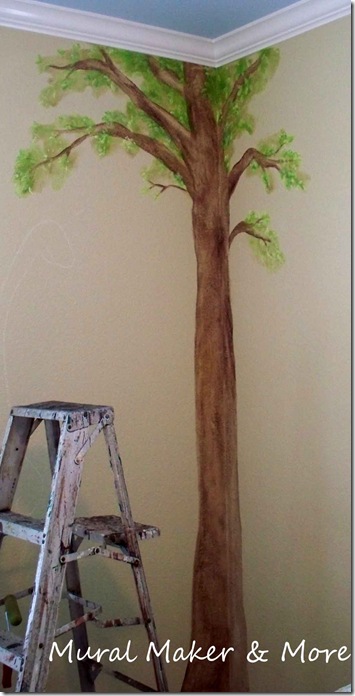 I started with the tree in the corner. I’ll give you a little step-by-step tomorrow for a really quick and easy tree mural. 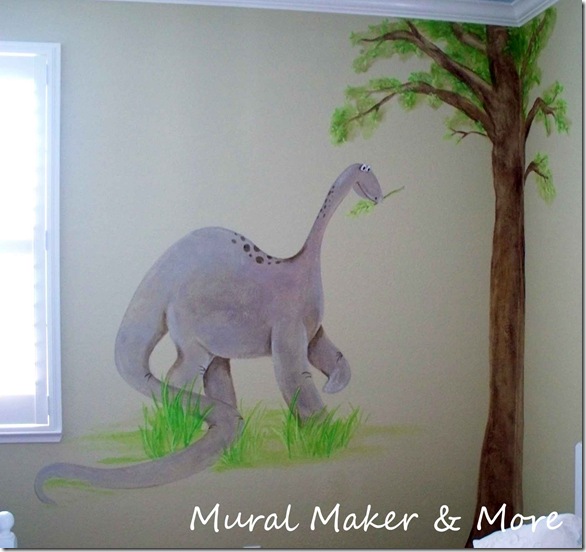 Then a big ol’ dinosaur. A ‘Mama’ dinosaur, I later found out when the oldest girl saw her. 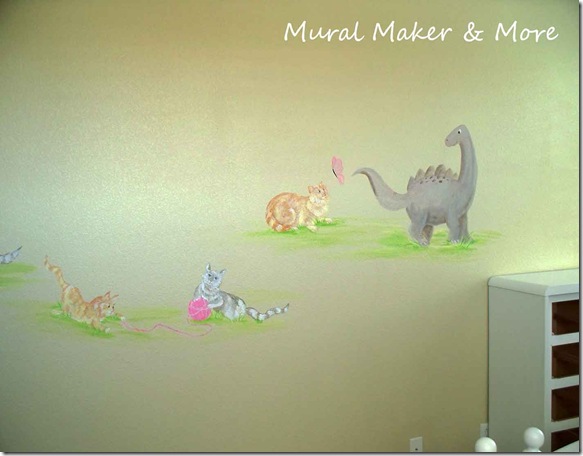 She was the ‘mama’ because there were two baby dinosaurs on the other wall. Along with four kitties.

Now . . . I could just finish here and let you think that everything went as planned because I’m just sooo good at painting murals.

I could. But I’m not gonna.

It’s not that I’m not good at painting murals. I do okay. But I also run into, um, issues from time to time.

Thursday was one of those times.

See that little kitty next to the baby dinosaur? The one under the pink butterfly? Yeah, well, that little guy took me over an hour to paint. And I had budgeted 6 hours for the entire room.

Four kitties, three dinosaurs, one tree means you can’t spend an hour on each kitty.

So what was the issue? Well, you can see on the samples I sketched the kitties with pencils, right? Big difference with paint. Big. Huge! Trying to get the same ‘simple’ look on the kitties as I did on the dinosaurs was quite the challenge.

I nearly panicked. Okay, I did panic a bit. Not into a major meltdown, but enough to where I had to take some deep breaths, quit looking at the time and tell myself about 20 times that “You can DO THIS!”

When it comes to animals, the easiest thing for me are the eyes. So that’s what I did – I painted all the eyes. Four pairs. Three pairs on chalk outlines. They looked like little ghouls.

But I didn’t take any pictures. I was already an hour behind schedule so I just hurried my butt up to finish. 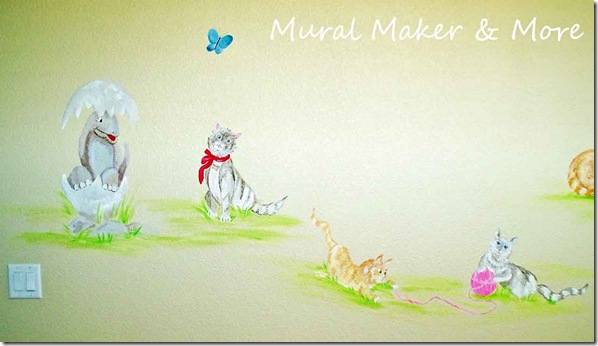 After approval from Mom and the 2 sisters, I dashed home for a quick shower, packed an entirely different set of paints and brushes, and headed up town for a Sunflower painting class. 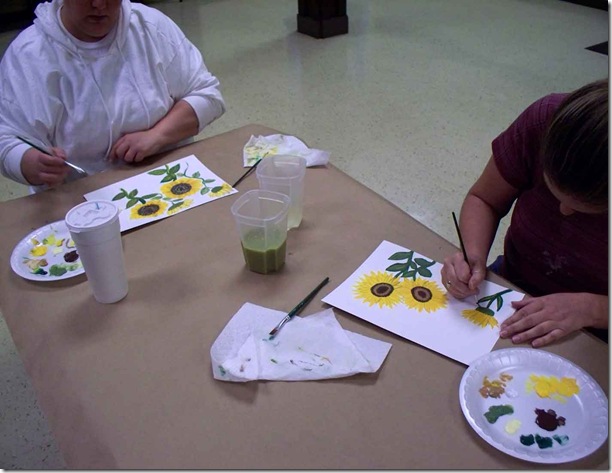 I completely forgot to bring my sample painting so they just played follow-the-leader with me. 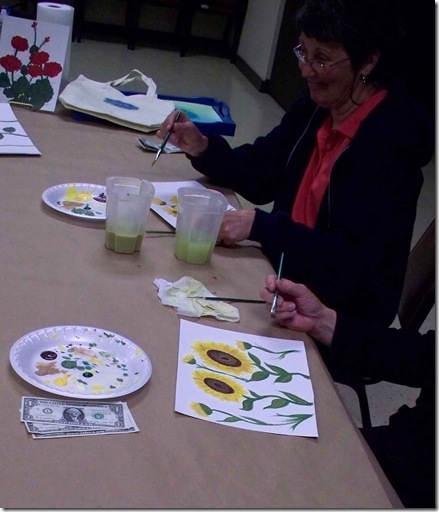 And I think they had a great time. 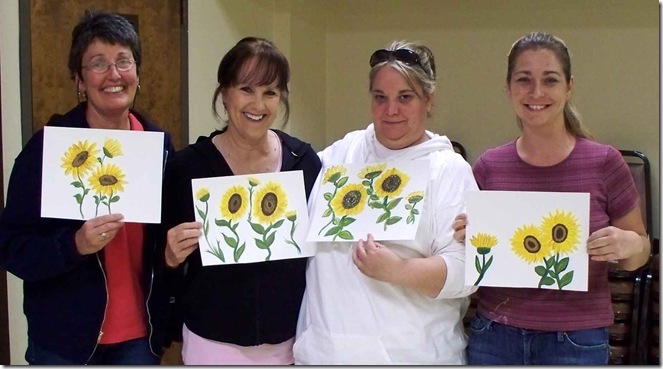 I absolutely adore how different all of their paintings are, yet they all turned out so cute!

That was my Thursday. Then Friday a.m. I was up bright and early (ok, just early, not so bright) to teach step aerobics.

Then I crashed. Seriously. Crash and burn.

Note to Self: do not schedule murals on class days.

The mind is willing. The body? Not-so-much.