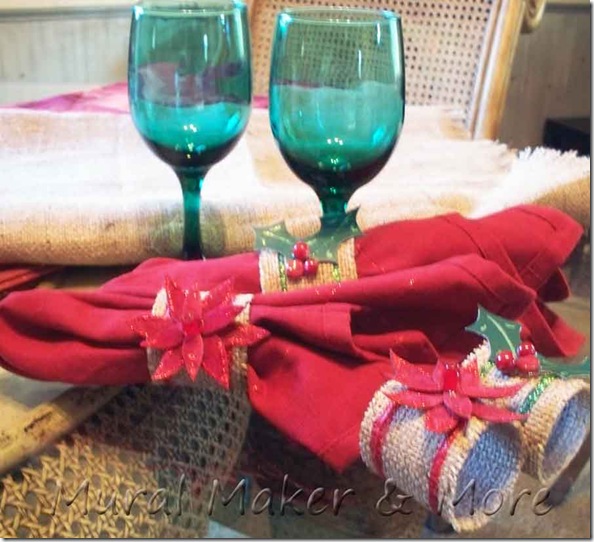 Hey, there! I wanted to show you how to make a Holly Topper for the burlap napkin rings. I kinda like having both poinsettia and holly together, instead of just one or the other.

If I scrounge up some more burlap, I just might have an entire array of Christmas designs for toppers! 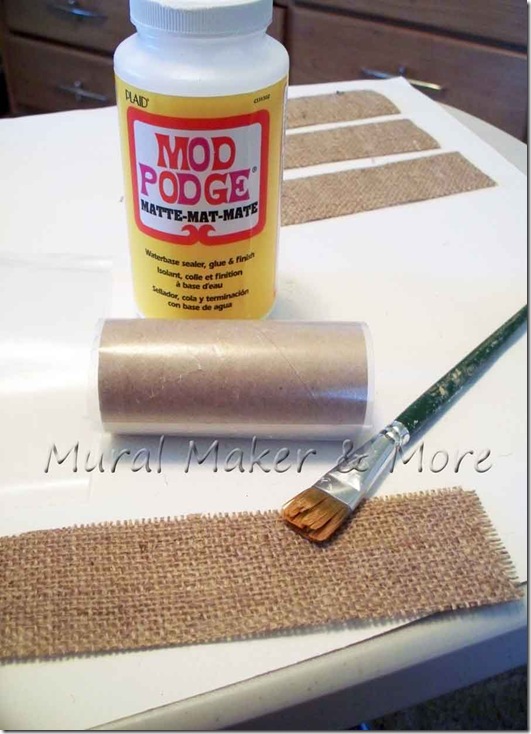 In case you missed it, I made the burlap napkin rings with some Mod Podge and a t.p. roll. 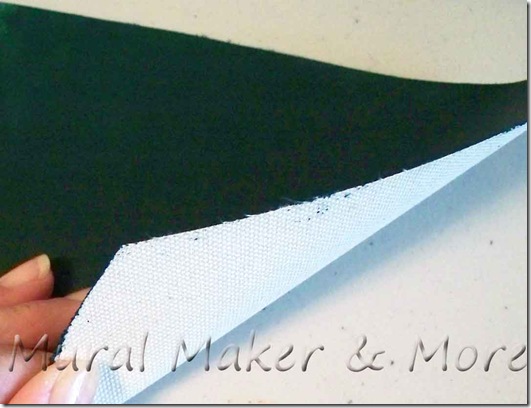 I didn’t have any green fabric so I just took a piece of artist canvas and painted one side with Martha Stewart’s Seaweed Green. Artist canvas is just broadcloth cotton that has been primed, so you could use unprimed broadcloth and Mod Podge it first, then paint it.

I’m thinking even scrapbook paper would work for these toppers too. If you give that a try, let me know, ok? 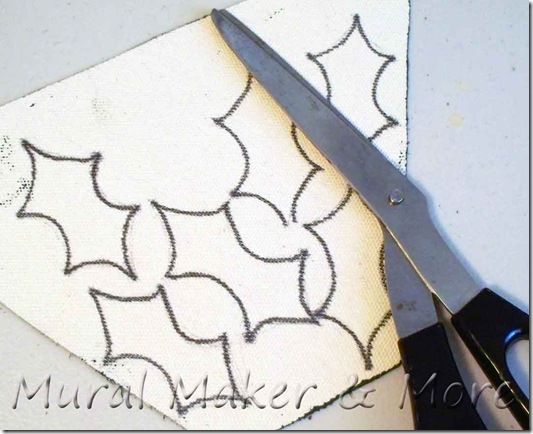 Then I flipped the canvas over, drew some holly leaves and cut them out. 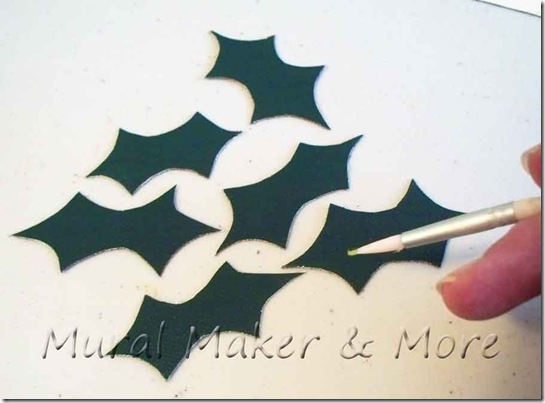 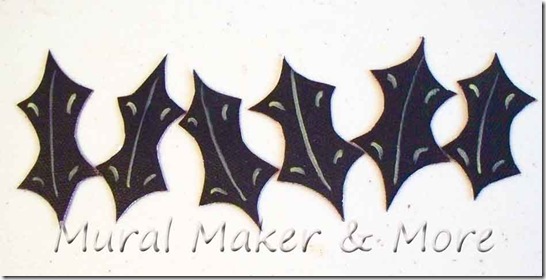 With a liner brush, I added some detailing with light green paint. 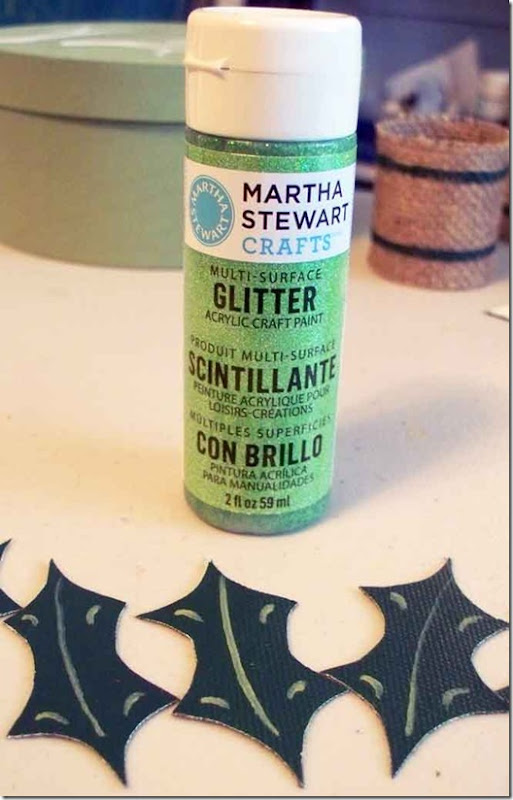 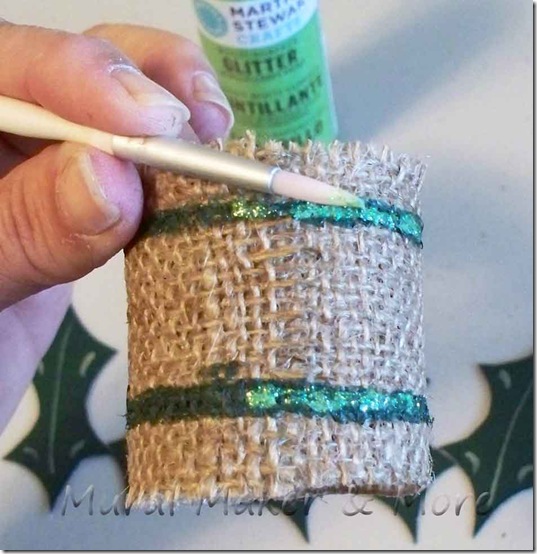 Did I tell you that I painted the burlap rings with Seaweed too? No. I didn’t. 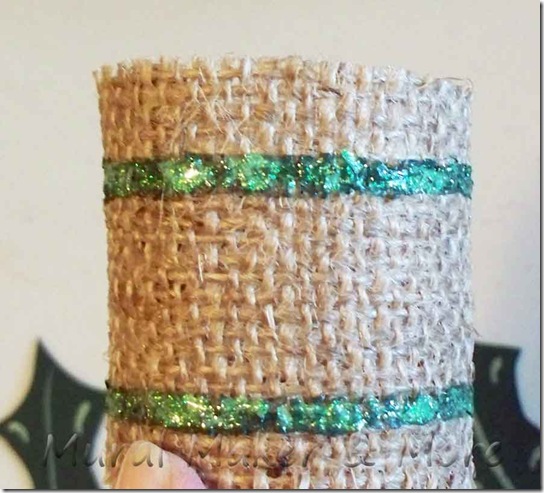 I mean, yes, I did – paint them with Seaweed and then Peridot glitter. 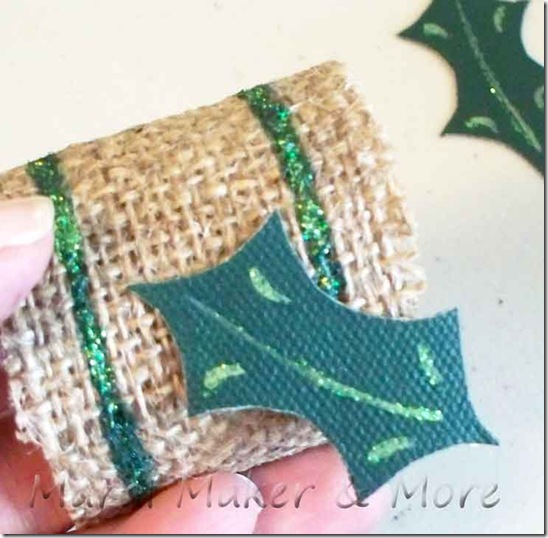 After all the glitter paint dries, I attached the holly leaves with a dot of glue from a low temp glue gun.

I can’t stress that enough – use Low Temp! No, it doesn’t hold as well as high temp. I know that. But you won’t get any 3rd degree burns on your fingertips either.

Been there, done that. 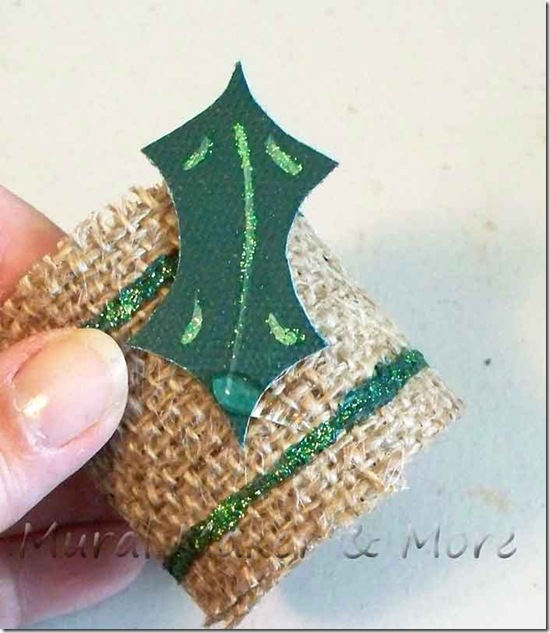 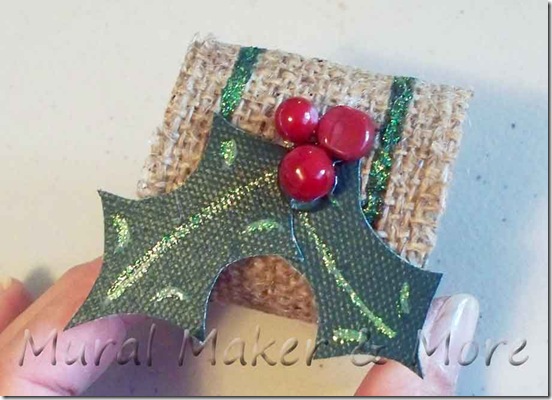 I wound up using only two leaves instead of the three I had intended. Then I glued 3 red beads on top.

You might have a bunch of glue gun ‘spiderwebs’. If you do, just take your blow dryer and kill ‘em. Well, you’ll at least shoot them off the napkin ring. 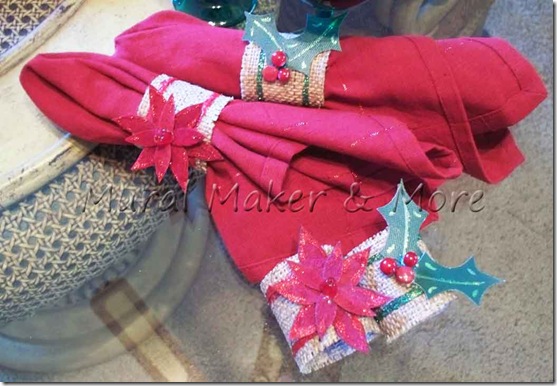 There you have it! Holly and poinsettia napkin rings.

I did snag some green felt squares at Walmart the other day so I’ll play around with stiffening that too. But that’s for another project. A big-un. One of those projects that will either be so dang cute, you can’t stand it . . . OR a submission to CraftFail.

I’ll let you know one way or the other. 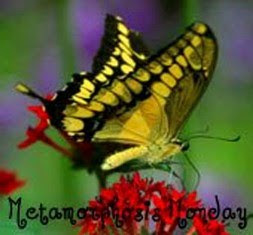