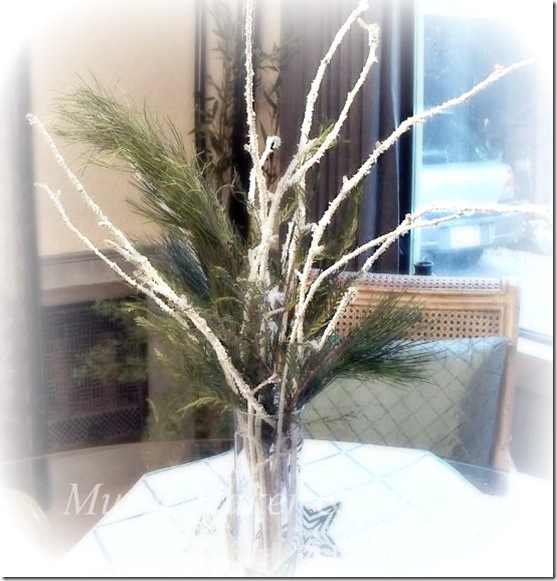 Last week I attempted to ‘frost’ some oak branches. They looked . . . alright. Just alright, though. I’m classifying them as Not Very “PIN-teresting”. (If you’re on Pinterest, you get it.)

I have a couple more NVP’s coming up too. Not terrible. Just not what I had anticipated. I’ll keep working on those other NVP’s.

In the meantime, I just could not leave those silver frosted branches on my table so I gave the whole ‘frosted branches’ thing another try. I went back and read Viv’s tutorial at The V-Spot. Thoroughly. Then I bought new epsom salts this time. According to one of Viv’s commenters the salts break down if they get too hot. 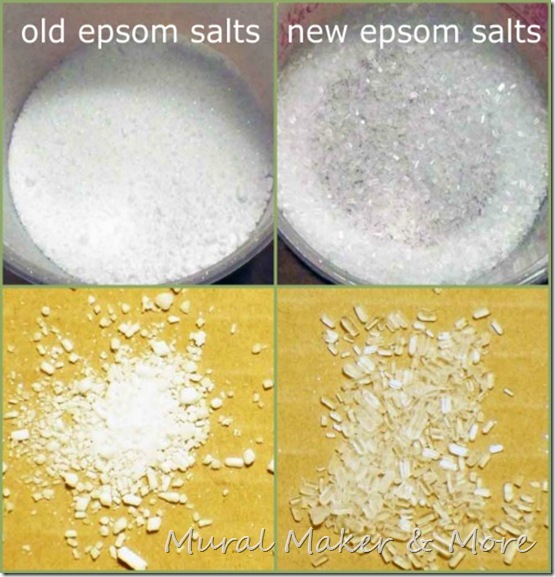 Big, big difference. Not to mention, there’s no tellin’ how old the salts on the left are. Were.

So, here you go – a New & Improved tutorial to make branches look icy and frosted.

How To “Frost” Branches 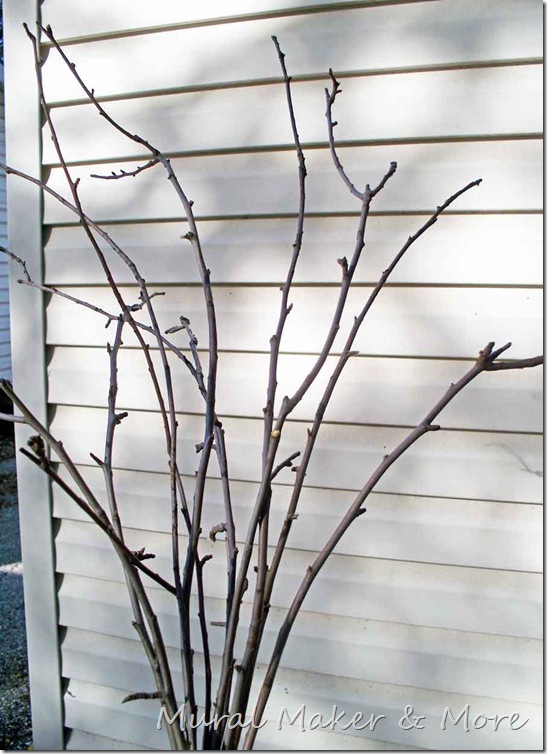 This time I used apple branches rather than oak. But any branch will work, I’m pretty sure.

Cluster the branches in your hand and trim accordingly to fit vase. You’ll want to do this before you frost them. Trust me. 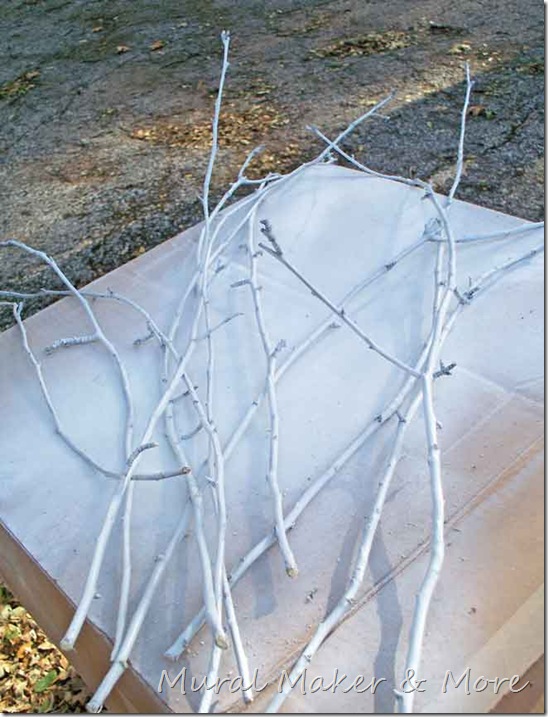 Spray paint them white. Yes, I realize you don’t need a photo for this step. But then, I’m the one who sprayed them silver last week. Oh, and I used nearly an entire can of paint, but it depends upon how many branches and how long they are, of course. And I suppose the paint matters too. I used Walmart’s 99 cent variety.

After the paint dries, spray the branches with adhesive, but not on the paper. Yep, *hand raised* that would be me who did that the first time. 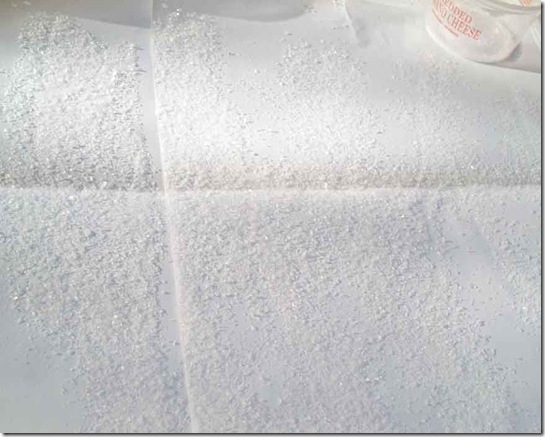 So, of course, after I sprinkled them, I had really pretty frosted freezer paper.

I digress. After the branches have adhesive on them, sprinkle them with epsom salts. For me a plastic cup worked best, rather than using my fingers.

Then spray them again (away from the paper) and sprinkle them with glitter. 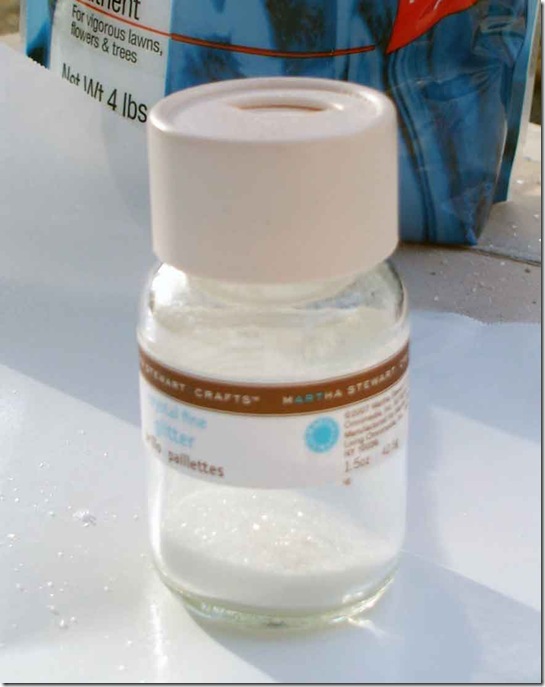 Of course, since I had frosted silver branches with old, powdery epsom salts I didn’t have much glitter left for this impromptu Igottahavesomethingtoplaceontopofmystenciledtablerunner project.

Not to mention the whole spraying-glue-on-top-of-the-paper issue. 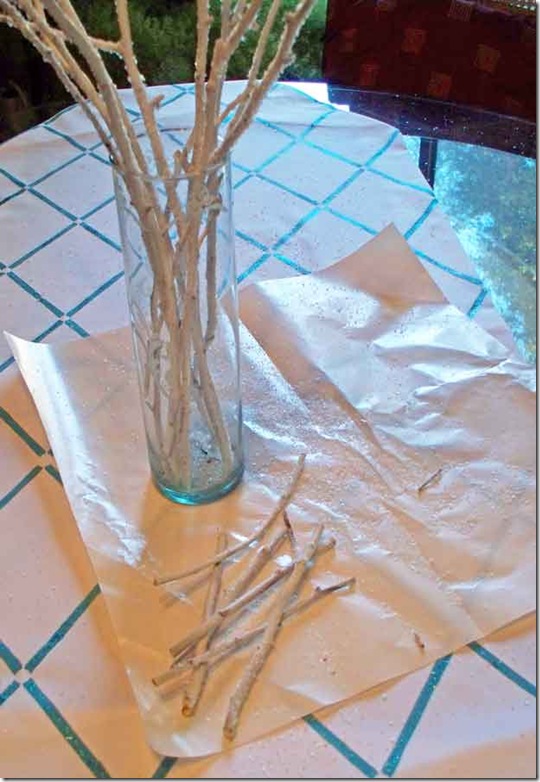 Did I already tell you to snip the branches BEFORE you frost them? Oh. Good. And you’ll want to put a piece of table under the vase before you start arranging them.

That would be the paper with no spray adhesive on it. 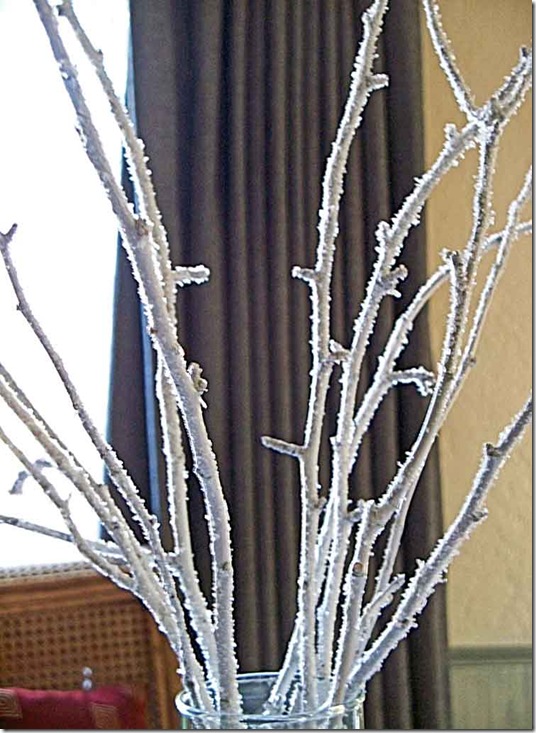 Despite all of my *issues* they turned out great. 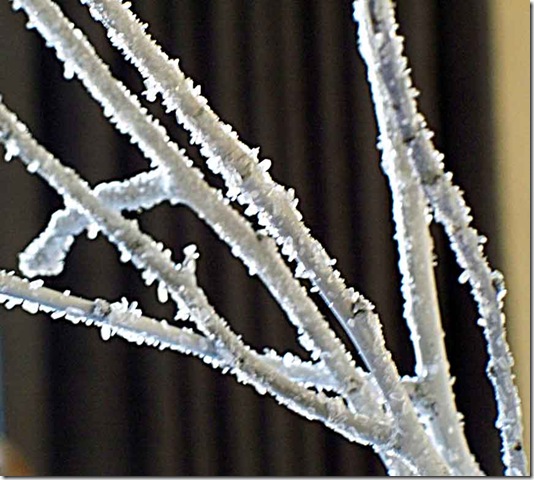 These had hardly any glitter at all and I still love them. 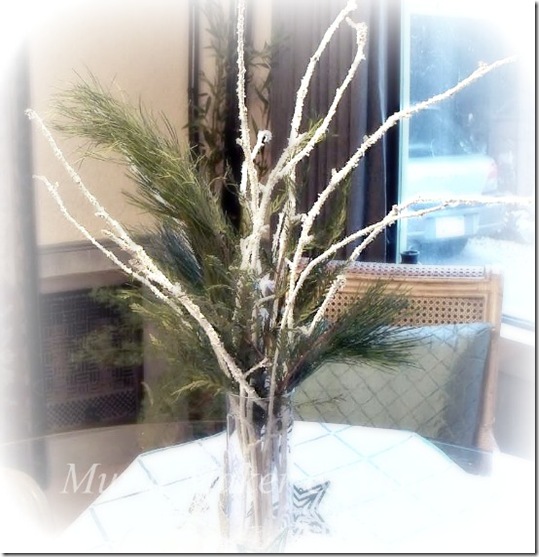 Add a few sprigs of greenery for contrast and you’ll have an awesome wintery arrangement. For yourself or even a gift! If you do give them as a gift, wrap them in cellophane. Mine are still a little tacky. But I have a few people who’d love these as a gift!

(Phew! Another craft project saved from the Not Very Pinteresting file.)