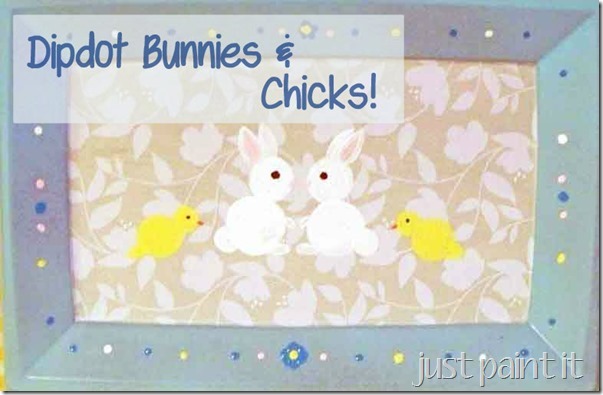 Guess what?!? Easter is this Sunday! As in . . . like, 4 days from now. Guess what else? I have nothing ready. Not a ding-dong thing. I take that back – I now have a cutie-patootie bunny & chick tray that took less than 15 minutes to paint.

I’m not kidding. If you don’t believe me, check out the flowers I painted last week in less than 15 minutes.

I’m totally lovin’ this whole ‘dipdot’ thing. Who knows? We just might dipdot an entire wall mural before too long.

Today though, let’s just paint some bunnies and chicks. 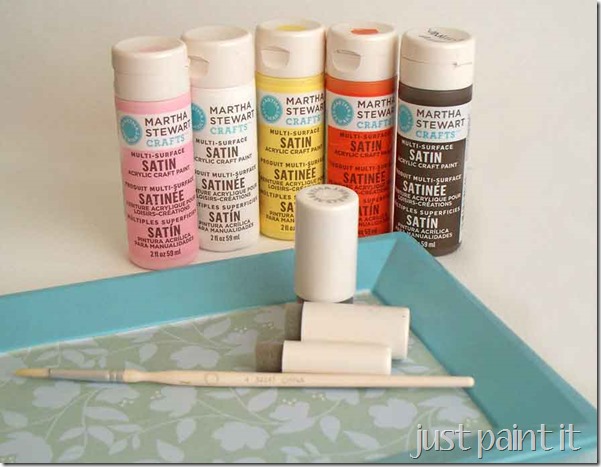 You can use any kind of foam pouncer. I used these by Martha Stewart, mainly because, if you take the foam out of the holder, you can use both sides. #hatewashingpaintbrushes 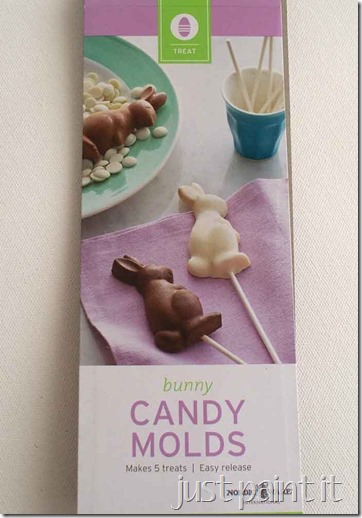 My inspiration came from these little bunny molds the grandson and I made last weekend. I was torn between painting these or peeps. The chocolate won, ha ha. 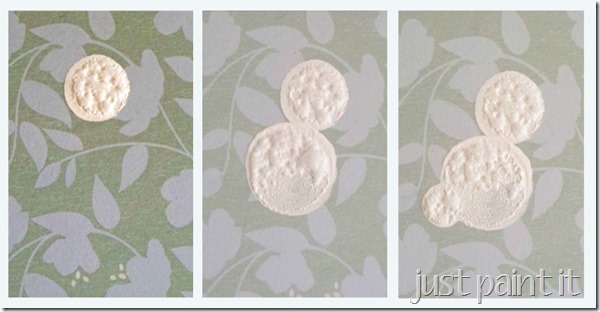 Dot the head with the medium-sized pouncer, then the body with the largest size. With the smallest, dot the tail. 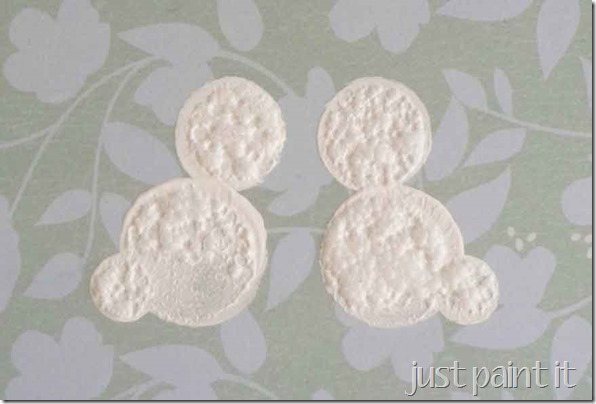 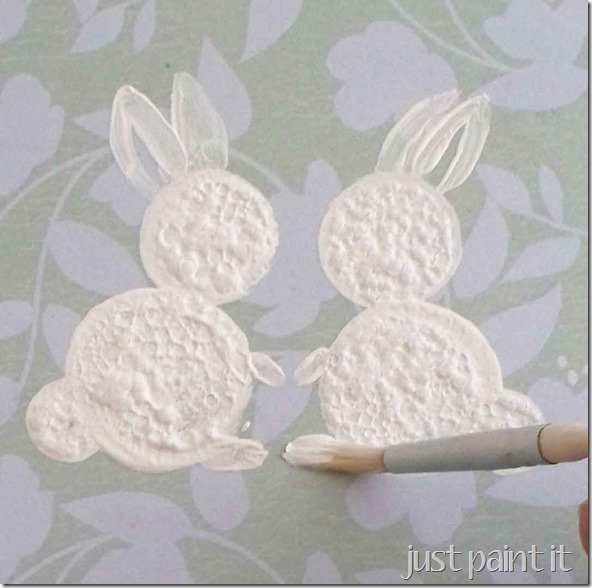 . . . bunnies need ears, right? These are not complicated, ok? Two strokes and you’re done. For the paws, just dip your paintbrush and lay it down. That’s it! 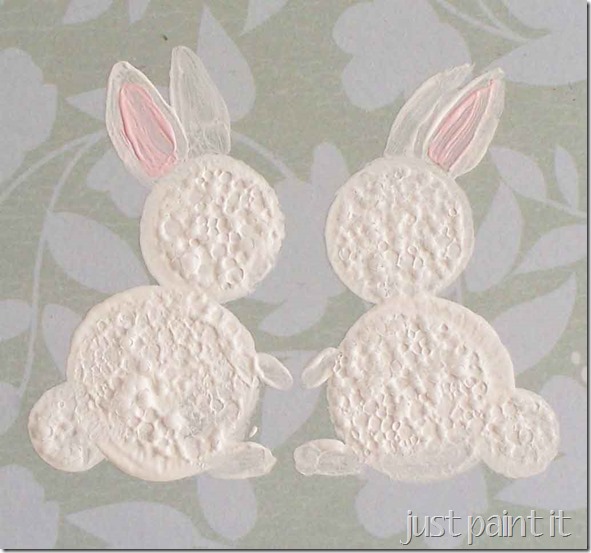 A bit of pink inside one ear. 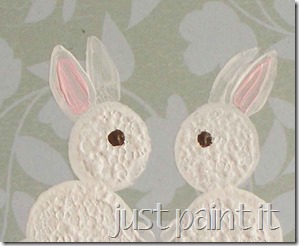 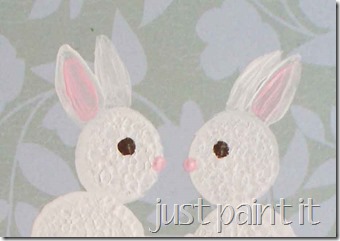 Use the end of the paintbrush and dipdot dark brown for eyes and pink for the nose.

Done! We even have time for some chicks now. 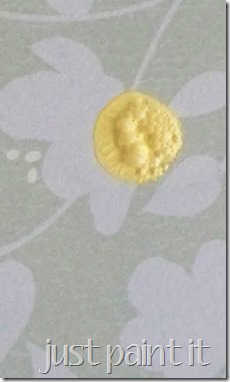 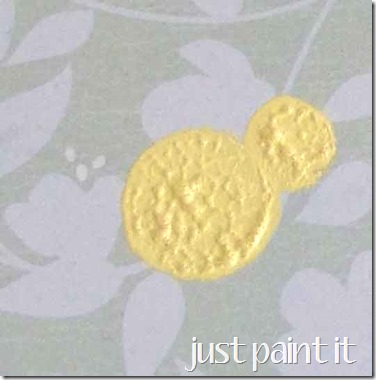 Small dot for the head again and larger one for the body. 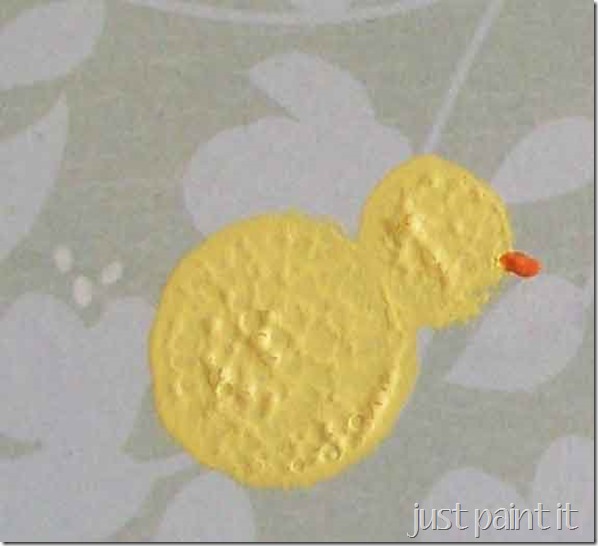 A little line of orange for the beak. 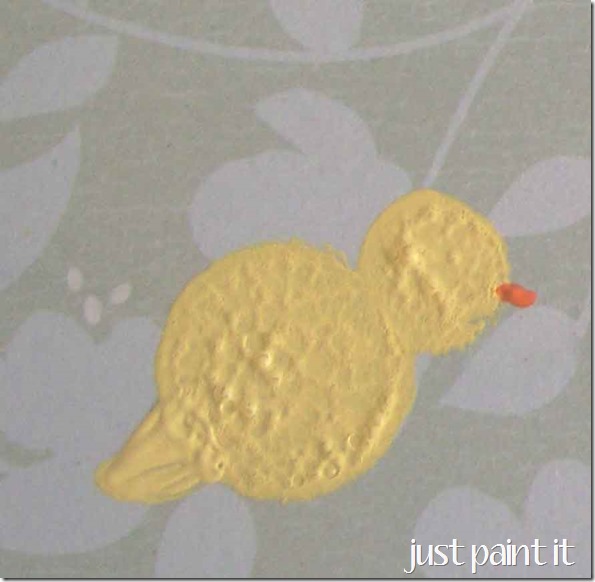 And if you’re really daring (j/k), add a simple triangle for the tail feathers. 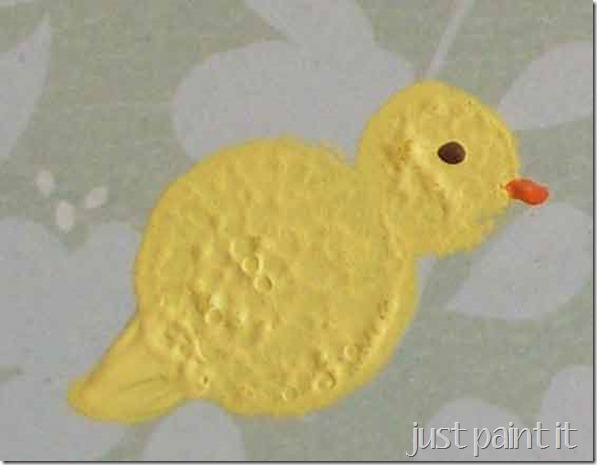 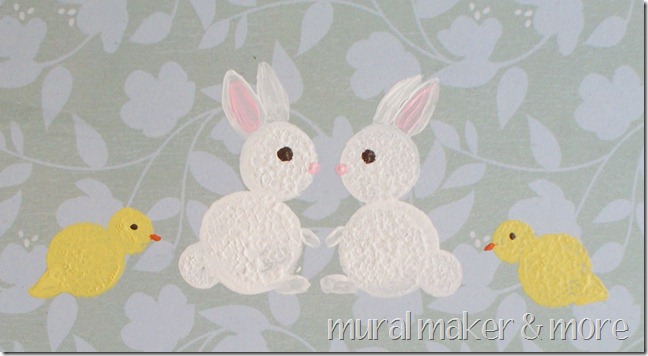 Two bunnies and two chickies in under 15 minutes! I love how the foam pouncers add texture – perfect for little animals.

So if you’ve got 15 minutes, you can paint some bunnies & chicks, alright? You can paint them on an Easter card, or maybe some napkins for dinner, or even a little tray like mine. Wanna know where I got mine? 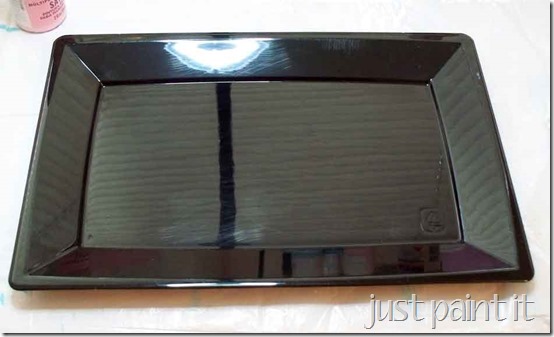 It started off as a black plastic cake tray. From Safeway. I kid you not. 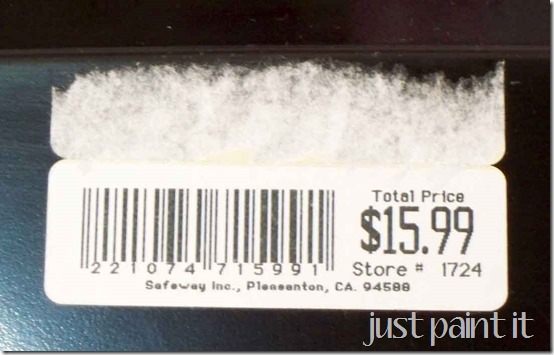 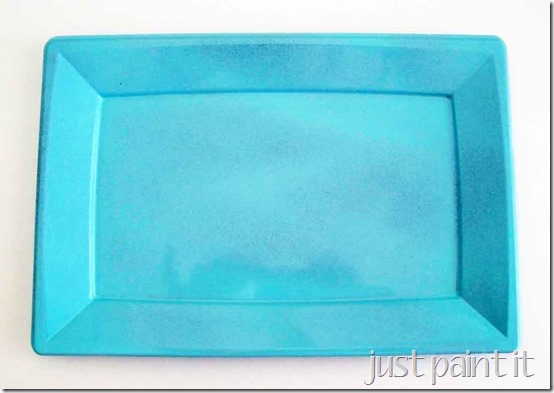 I sprayed it with a little Krylon Ocean Breeze. 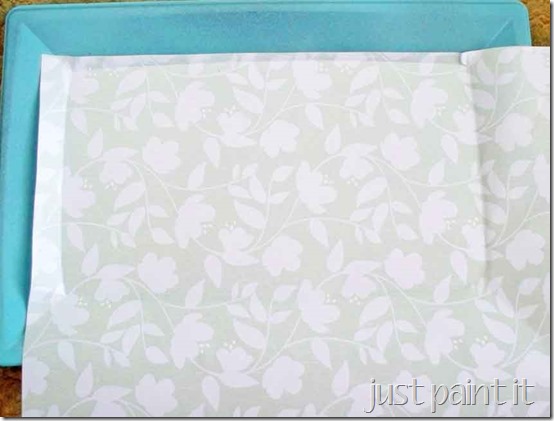 Grabbed a piece of scrapbook paper for the inset. . . 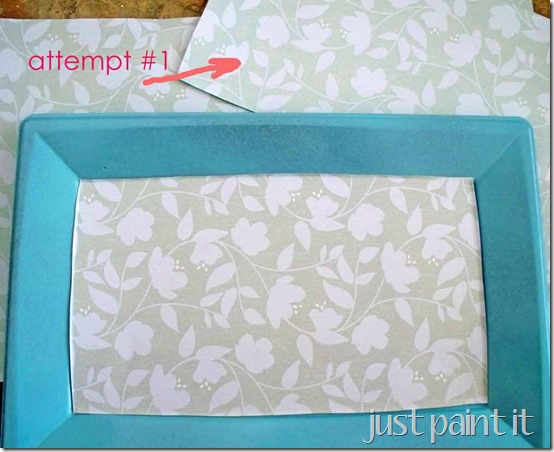 . . . that was large enough to cut two since I always seem to mess up the first time. 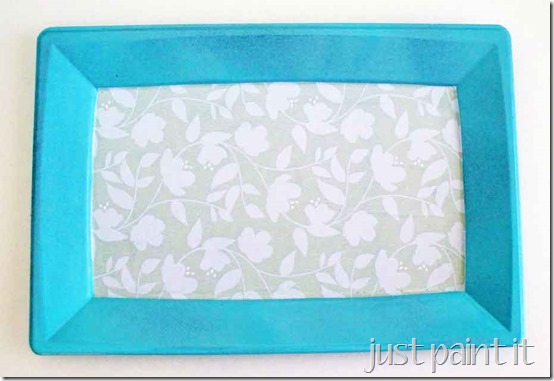 And then simply Mod Podge the paper onto the tray.

It not only adds another layer of texture, the paper also makes it really nice to paint on. 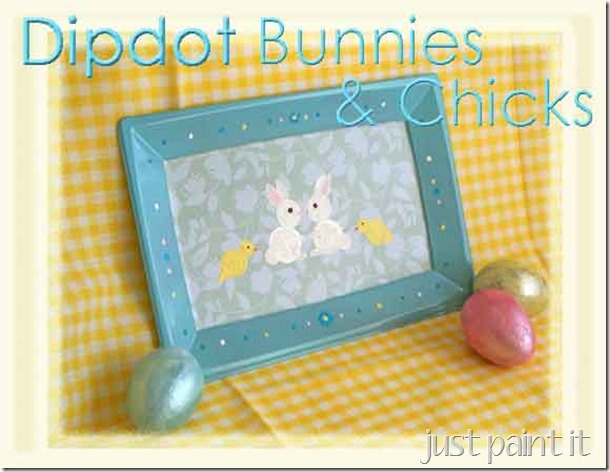 And, yes, those are dipdots around the frame on the tray too.

Finally! I have something done for Easter. Now, on to the grandson’s easter basket/bucket. I just gotta figure out how to dipdot paint superheroes.

Are you all ready? What are your plans for this weekend?