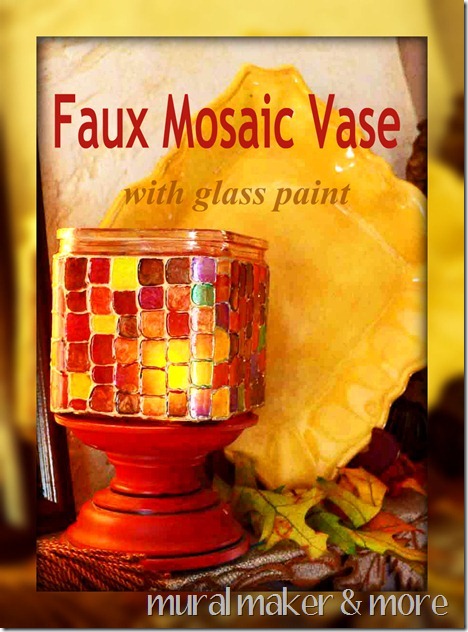 This project, however, does not fall into that category. Just sayin’.

It’s not that it’s difficult. Quite the opposite. It’s actually really simple. 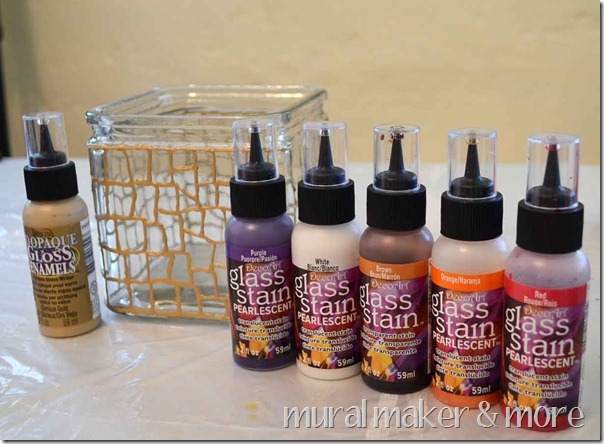 I used the glass stain paints I used for the faux stained glass fall leaf window and a square vase I got at the thrift store for a buck. 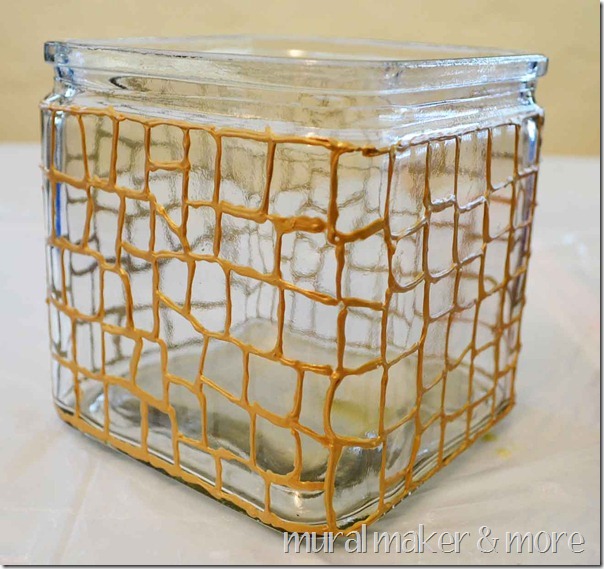 No pattern – just randomly poured a bunch of squares with gold glass writer by DecoArt. 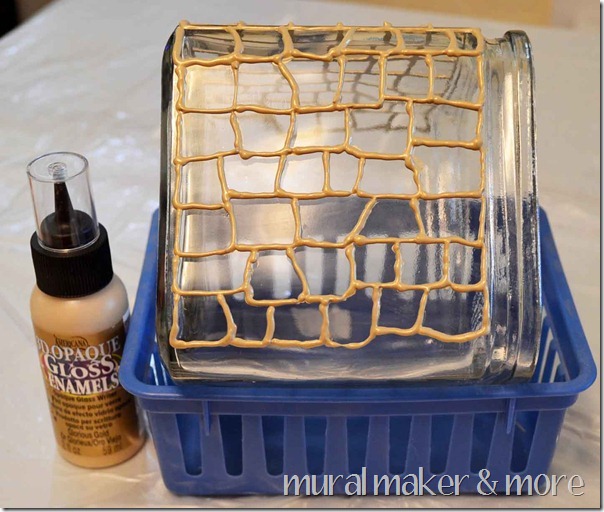 It takes a while for the paint to dry. Even in this 90+ degree heat. 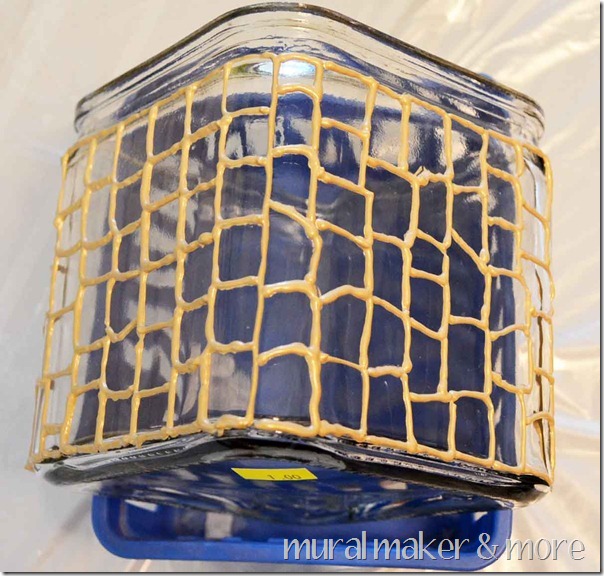 By tipping it on its corner I was able to do two sides in one sitting, then let it dry overnight, flipped it over and finished the other two sides the next day.

Or at least sometime later.

This thing project sat on my work table for quite some time. I lost track at some point. 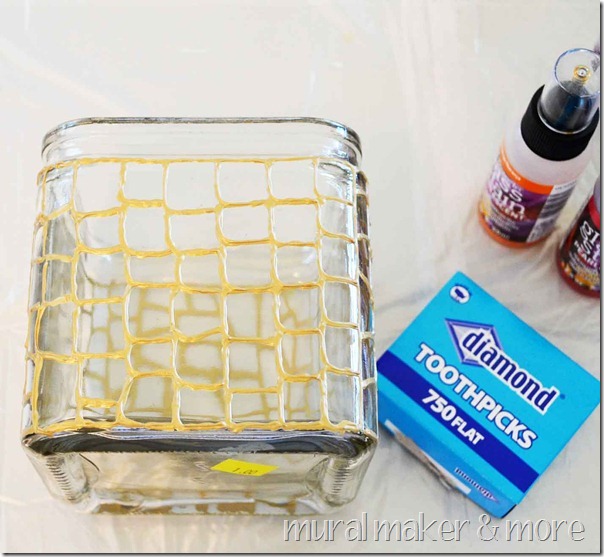 Anyhoo, once the ‘leading’ dried I grabbed the glass stain and some toothpicks to swirl the colors in each.and.every.little.square.

Have you ever done a project like this? A never.ending.project? ahem. 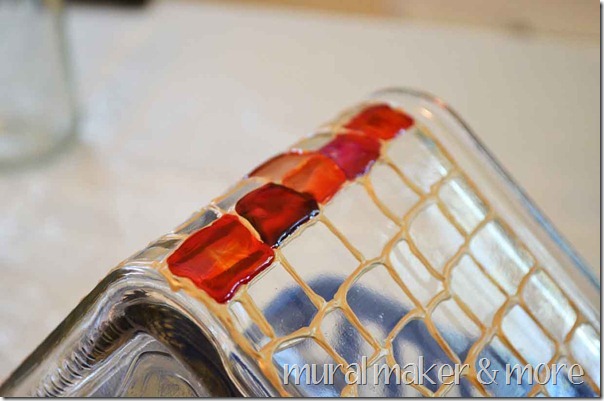 For some stupid reason I started on the corners. Since the glass paint is liquid, this was a wee bit tricky. 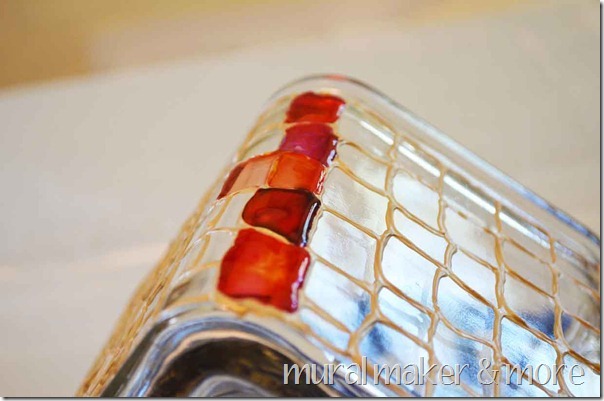 Let’s just say there was some back-and-forth motion going on for a while. 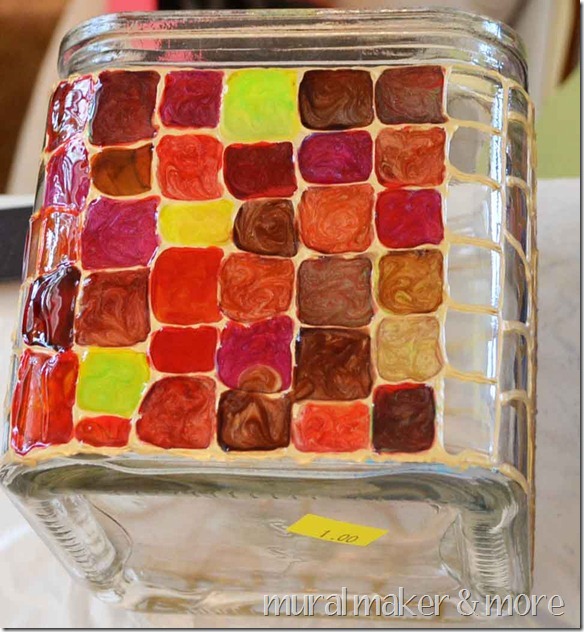 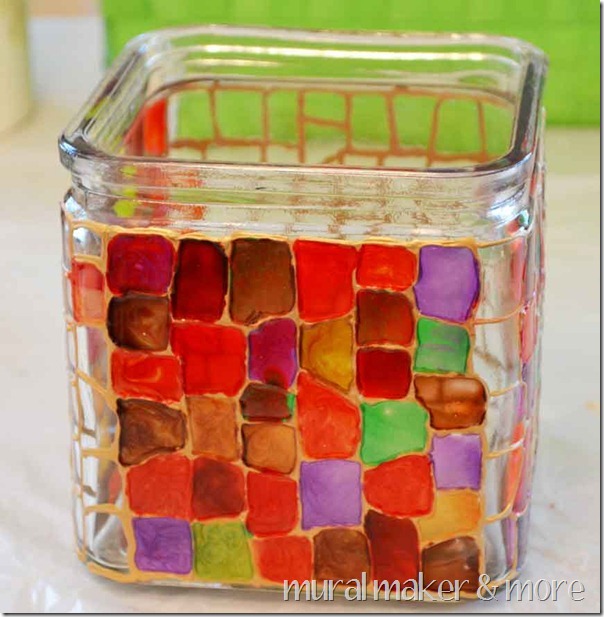 At some point I decided to just do each side and leave the corners. Like that would make things move along faster. 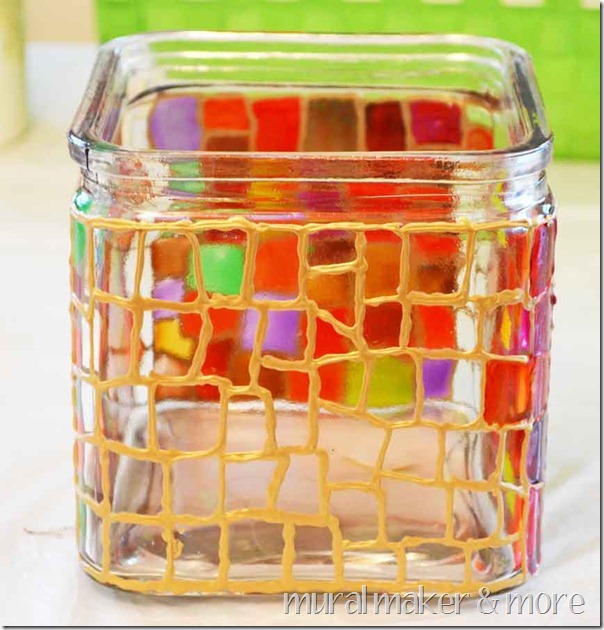 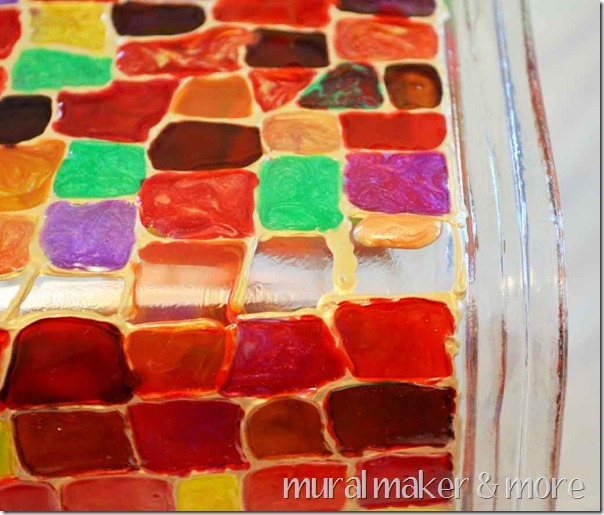 But by the time I got all four sides poured I had a better idea how much to pour into the corner squares.

I also found that the pearlescent glass stain is thicker and doesn’t spread as much as the regular stains. 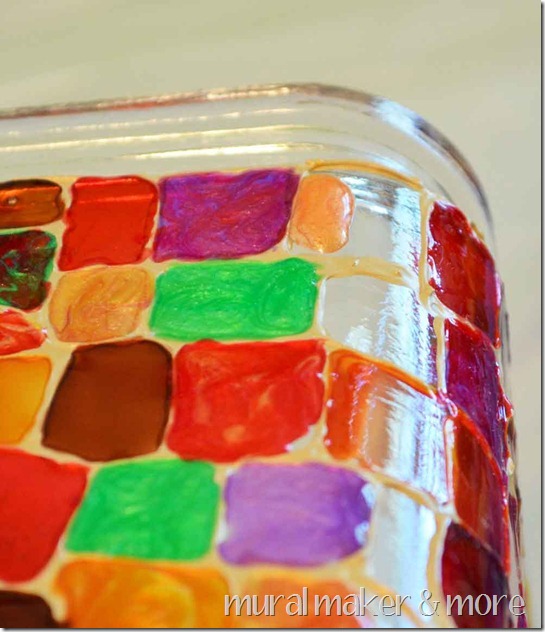 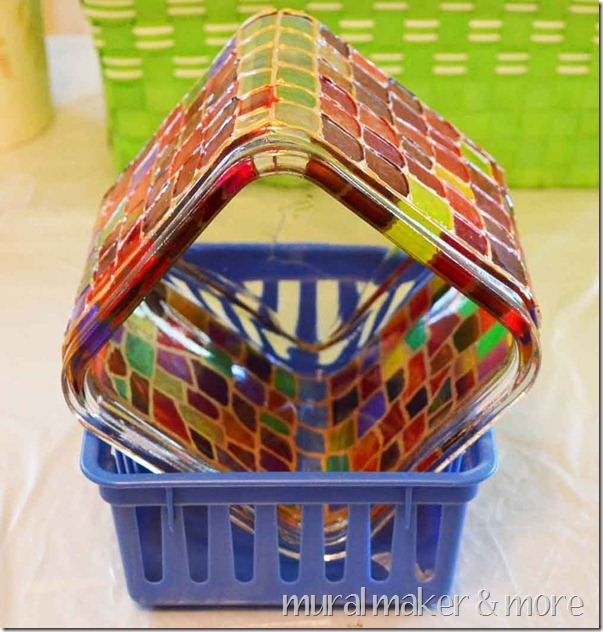 It’s a good thing there are four sides to the vase. 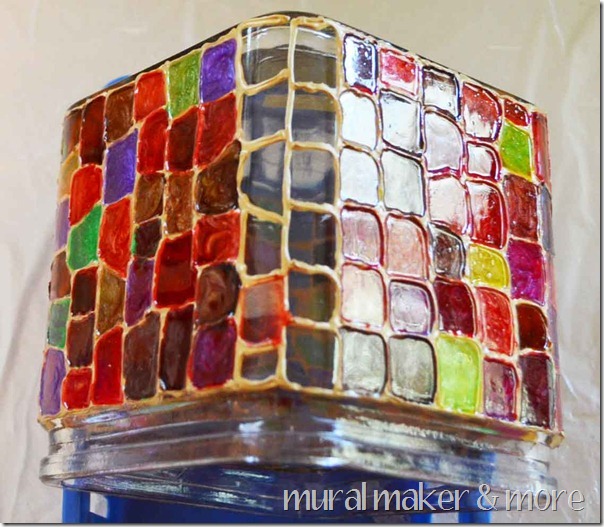 Um. . . yeah. Some corner squares have a few boo-boos. 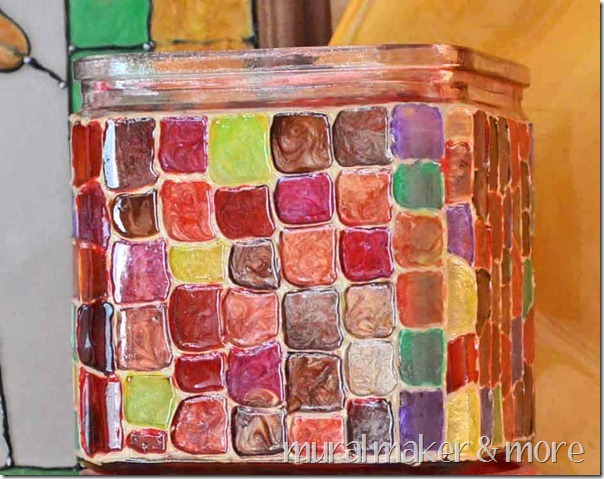 But it turned out pretty cool. The pearlescents look pretty when the vase is lit from the outside. 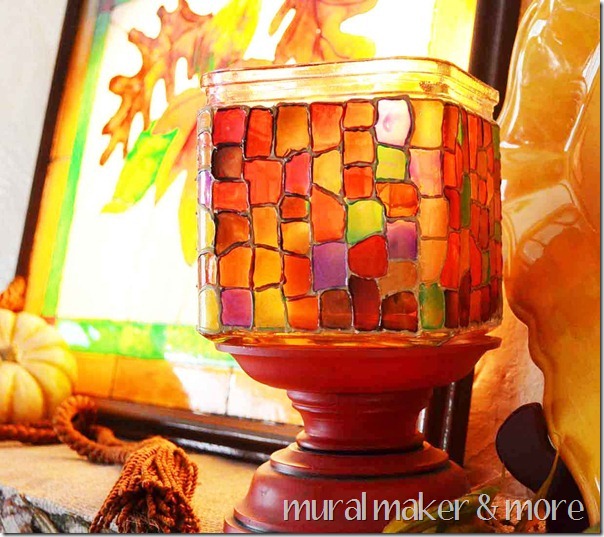 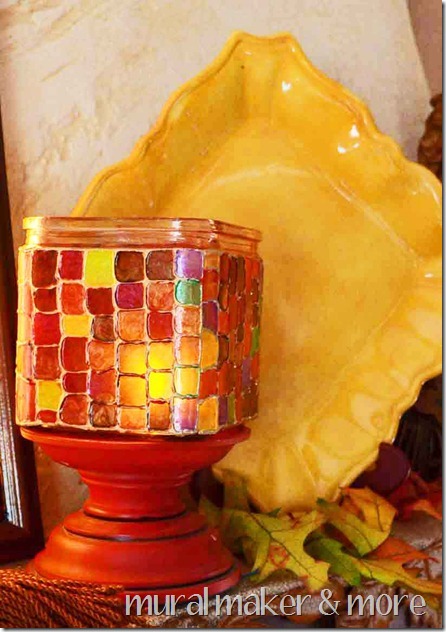 At certain times of the day, you get the best of both worlds.

And that, my friends, is why I paint. Sometimes it takes longer than I want. It might have a few boo-boos. But when all is said and done, sometimes I stand back, look at the light reflecting off of the painting and just take a moment, a pause, to appreciate what I enjoyed creating.

When you enjoy the process and also love the end result? Well, to me, that’s the best of both worlds.