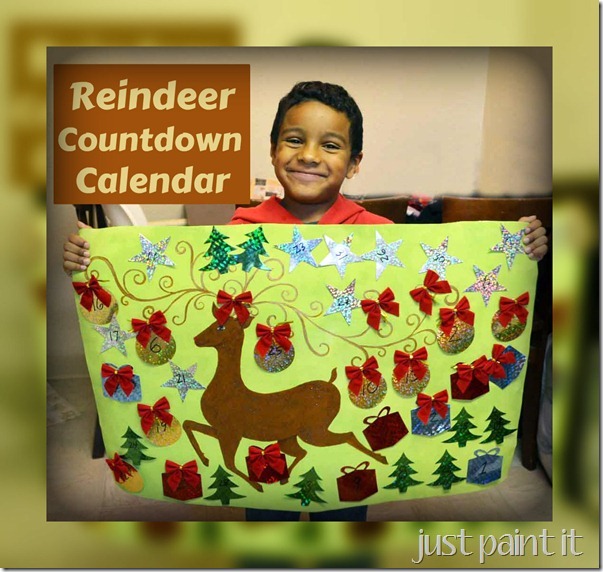 I asked my grandson if he’d like me to paint a Christmas Countdown Calendar like the one I painted him for Halloween.

Do you want Santa? Yes! Or a snowman? Yes! Or maybe a reindeer?

RUDOLPH! Gramma, he has to be Rudolph!

Well, alrighty then. Rudolph it is.

I had a sneaking suspicion he’d pick Rudolph because it’s the one Christmas carol he asks me to sing over and over and over. And over.

Which would be fine if I could carry a tune. But I can’t. And if he wouldn’t ask me to sing in a store full of shoppers. Which he did.

I’m good at a lot of things. Singing isn’t one of them. Neither is saying “no” to Santino. 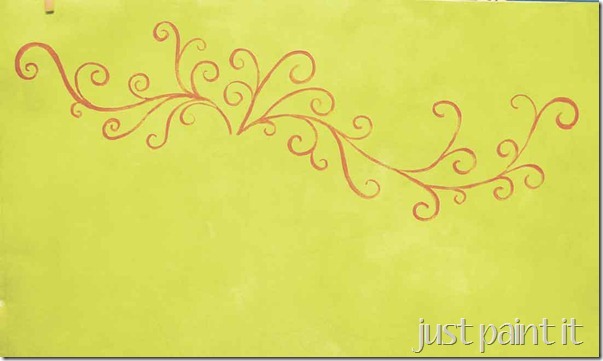 I knew he probably wanted a cartoonish reindeer but I had other plans – scrolly antlers. Lots and lots of scrolls. 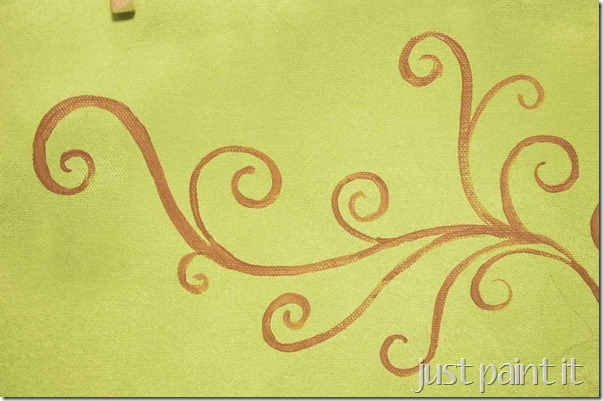 They started out brown, but only as a basecoat for gold paint, just like his cardboard Nutcracker. 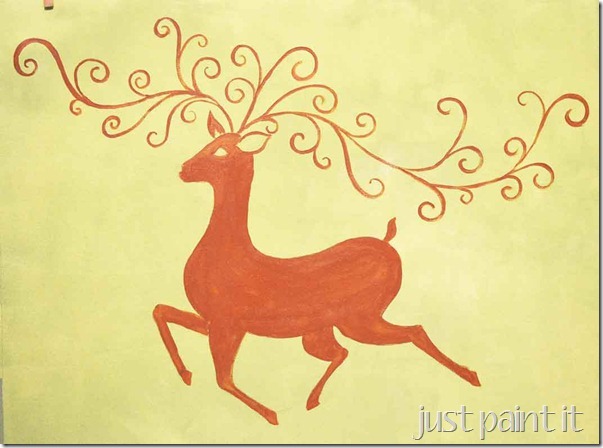 And the deer, of course, was brown too. 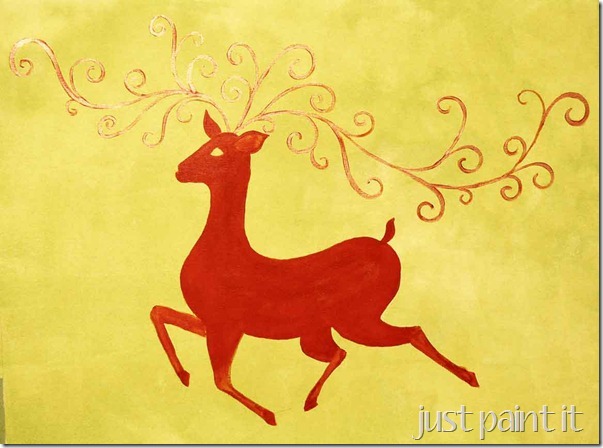 The brown adds a layer of depth to the gold, even if you’re just painting a Christmas Countdown Calendar for a five year old. 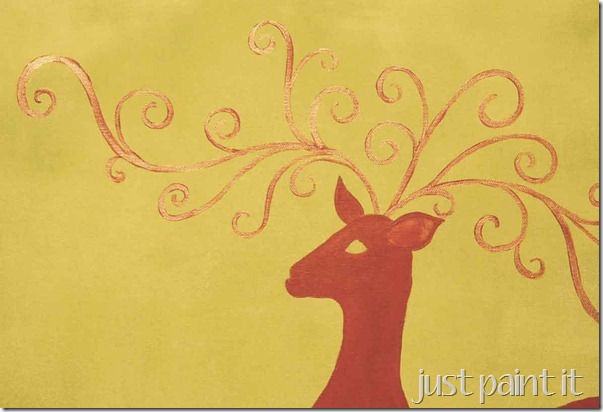 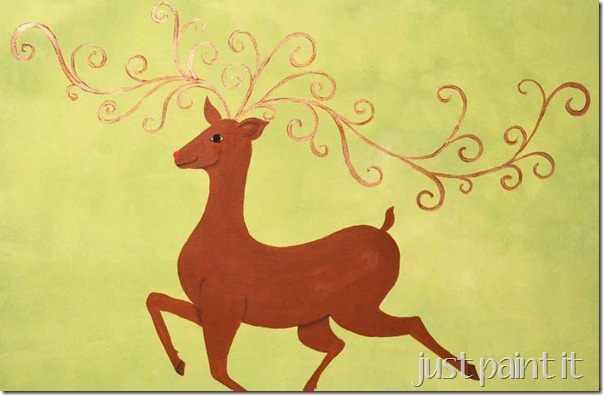 After a simple eye, mouth and a bright red nose I could’ve just stopped. 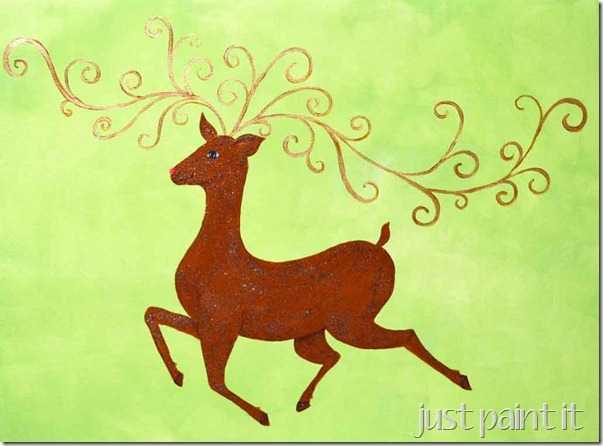 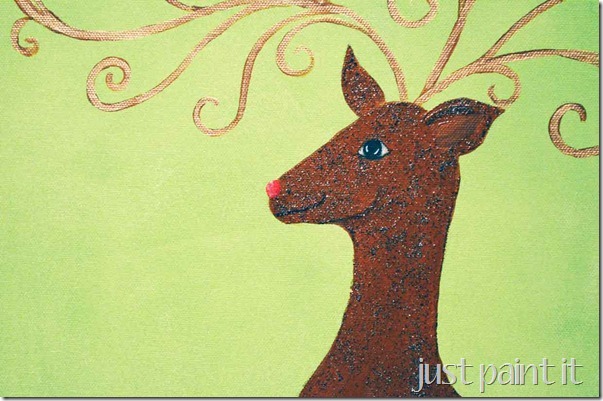 Christmas and glitter just kinda go together don’t they? 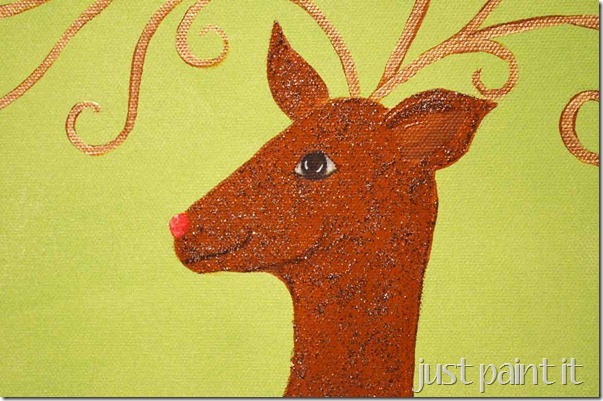 Well, in my world they do.

On my way to Santino’s, I dropped by the dollar store and picked up some shiny gift tags. 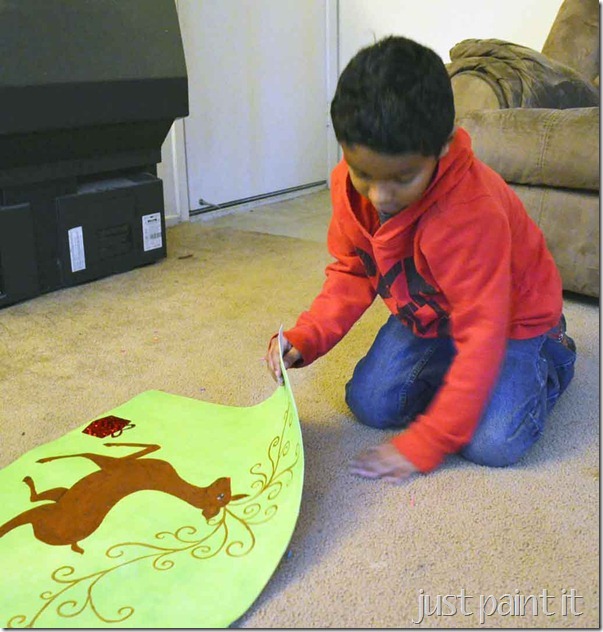 We spread everything out and my very particular grandson had to make sure the floor was clear underneath the canvas. 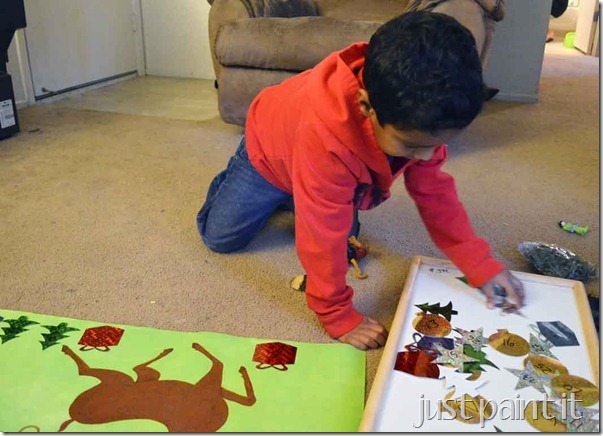 There were four shapes – trees, presents, ornaments and stars. I asked Santino where he wanted the numbered tags and I hot glued them on. 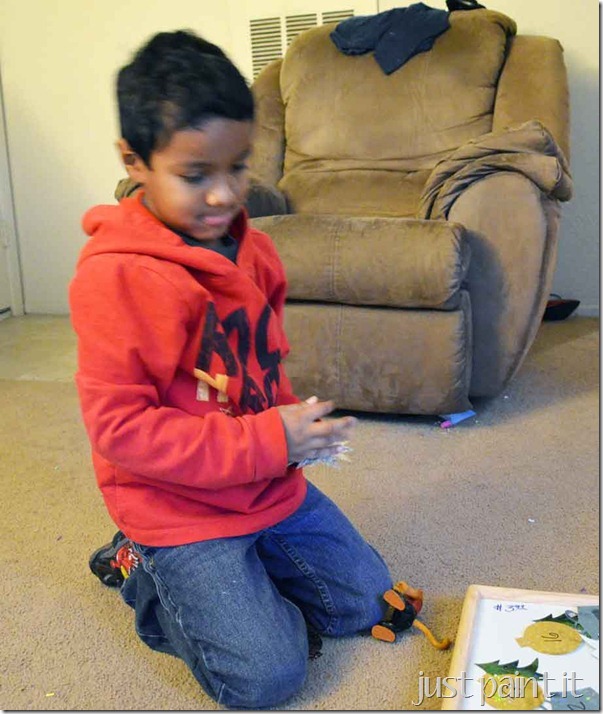 This is serious business, folks, deciding what goes where.

I have no idea where he gets that. Certainly not from me! 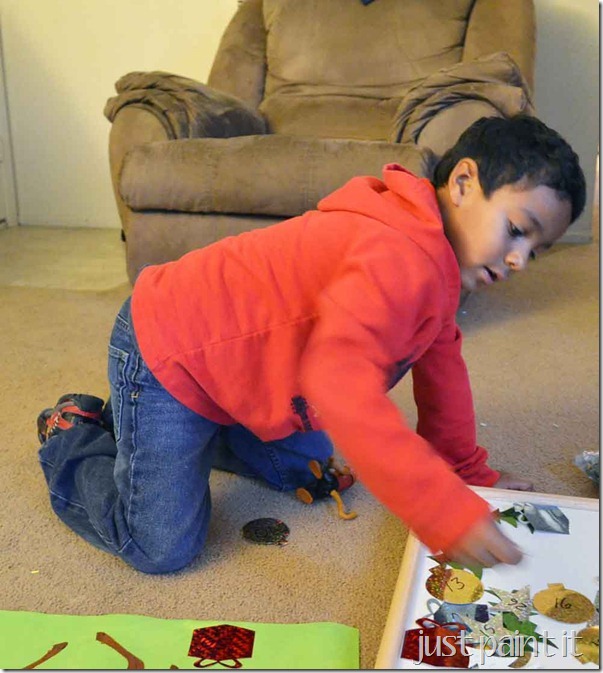 Rather than just using the numbered tags, he wanted every.single.tag glued on the canvas. Of course. What was I thinking? 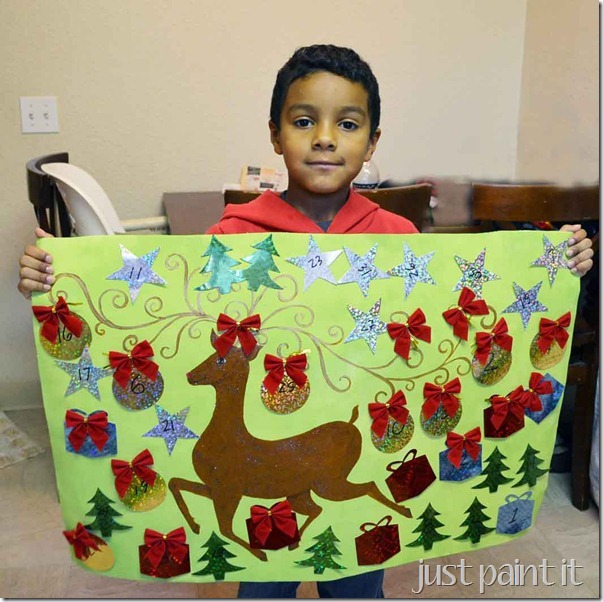 Time for a photo. I’ve been blogging for 3-1/2 years. This kid just turned 5. I’ve taken hundreds, if not thousands of photos of him. He knows this. When he was 2, I couldn’t take enough photos. If “cheese” wasn’t his first word, it was definitely in the top ten.

He holds the Calendar up and I get this face. This face?

Huh-uh, Tino. You need to smile. 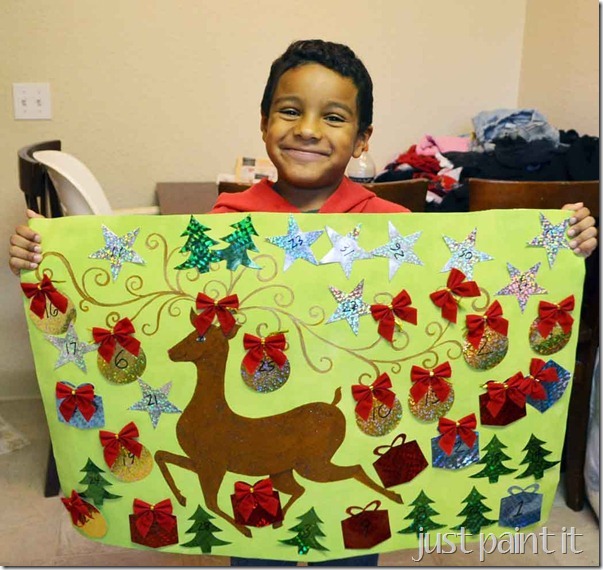 There’s my baby. That’s the smile that melts my heart.

Wait, Gramma. I wanna see it.

He looks in my camera viewfinder, turns around and picks the Calendar back up.

Take another one, Gramma. 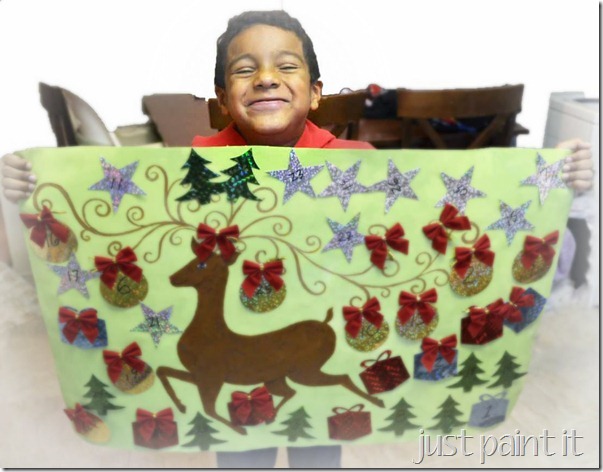 That face? That one there? That’s the one that can pull me out of the deepest depression in a heart beat. Over and over and over again.