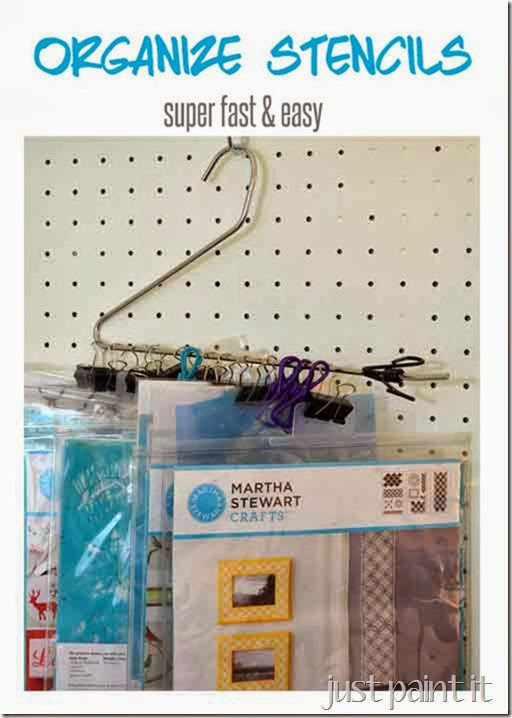 I know, I know. This should be a Day Whatever post on the French Country painting.

That painting is . . . coming along and I’ll post an update. Soon.

But I was rifling through my stack of stencils, trying to find one for an upcoming project and I.Had.Had.It. 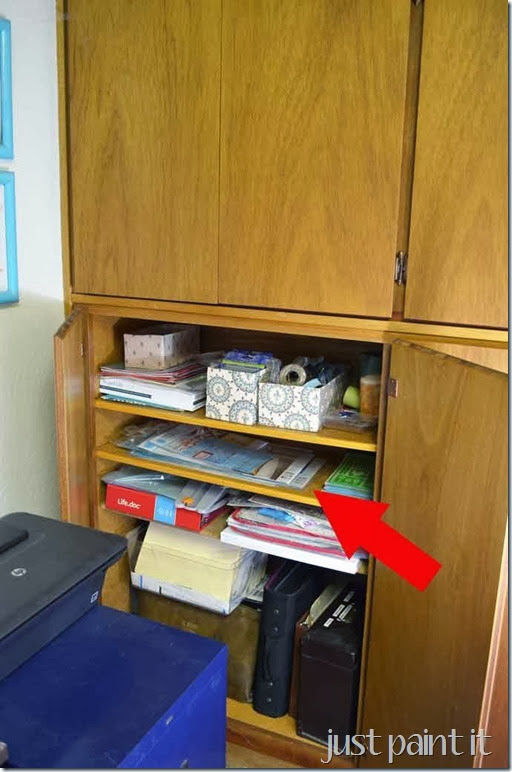 Every time I needed a stencil I’d have to pull out the entire stack and it drove me crazy.

Now, only a short time ago I rarely used stencils at all.

I thought I was stencil-impaired or something.

And I admit, I’m still not great with them but boy-oh-boy do they save a lot of time. And I’m all for saving time.

Even if it’s when I’m looking for a stencil. 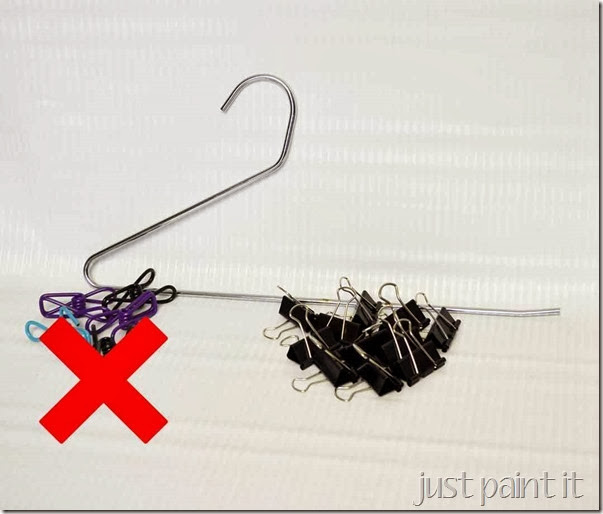 This is ridiculously simple but if you’re like me and have to see something to really visualize it, it’s nice to have photos.

All you need are some binder clips from the dollar store and a pants hanger.

Get the traditional black binder clips, not the cutesy colorful ones. Those get caught on each other and anything close by and it’s just possible, if you’re having a bad day, that little tangle can lead to a bout of frustration. 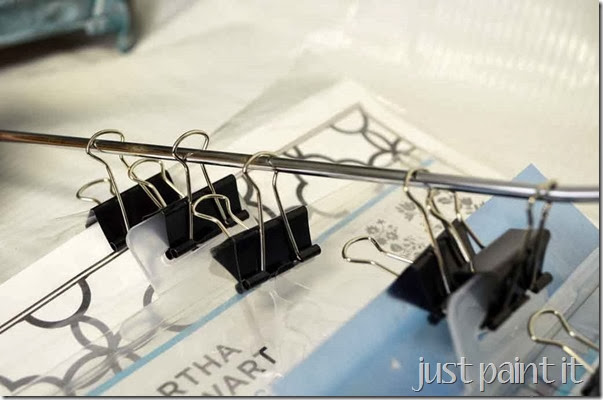 All you do is clip each stencil and hang the same side of the clip onto the hanger. 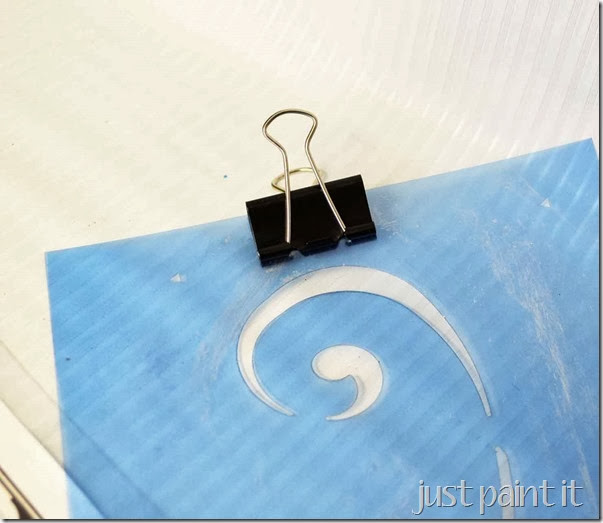 Even if you don’t have the package the stencil came in, the clips hold the mylar just fine. 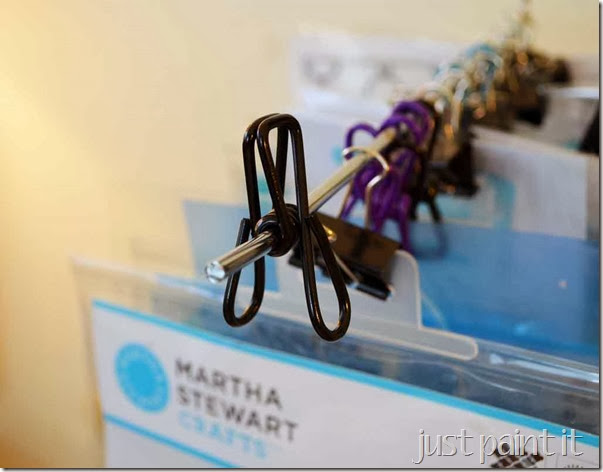 When you have all the clips on the hanger, grab one of the cutesy clips that you couldn’t refuse buying because they came in all sorts of fun colors and slip it onto the end.

You could also wrap a rubber band around the end if you have better restraint than I do for colorful dollar store office supplies.

This will stop the other clips from sliding off the hanger.

Which could, if you’re having a bad day, lead to bout of frustration.

Didn’t I just say that?

Ah, the road to an organized craft room can be fraught with a few bumps and potholes. 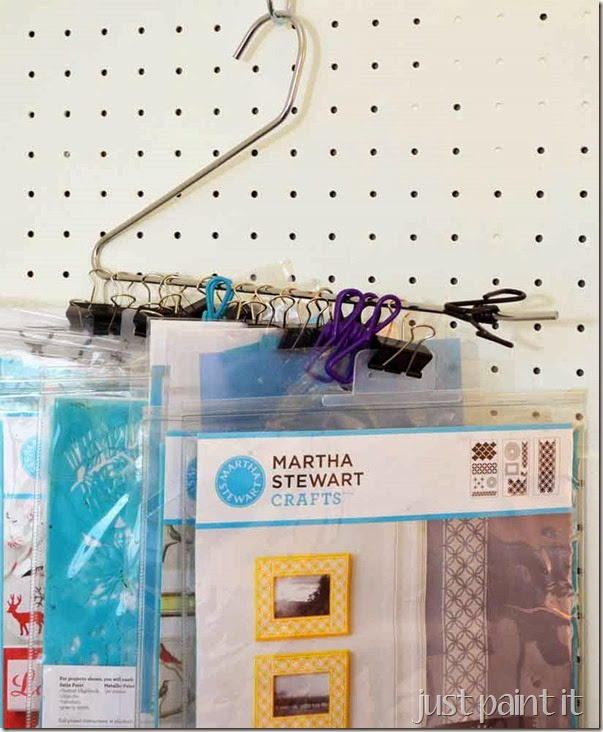 But having all of your stencils hanging so you can see them, unclip any one you want, and clip it back up  . . . . easily . . . makes a little frustration worth it in the end.

Ok, that’s my PSA (Painters Service Announcement) for the day. I’m back to the french country thing. The jury is still out on it but I think it’ll be okay in the end. It’s just taking longer than I’d hoped.

Next time, maybe I’ll use a stencil.