Yep, the Big Game is this Sunday. Whether you’re a fan or not, most of us will be watching the game. I happen to be a huge football fan, although neither one of my teams – 49ers & Falcons – are in the Super Bowl.

But, it does give me a reason to show off some football paintings and murals.

My favorite football painting has to be the one I did of my nephew when he played at Cal Berkeley. 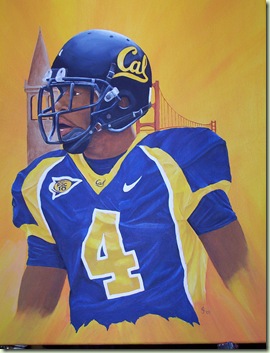 He now plays for the Atlanta Falcons as a free safety. But, alas, they didn’t make it into the playoffs this year. Thomas had a great season, though, and there’s talk of him making the Pro Bowl next year. I better get started on a new painting of him in his Atlanta gear!

When my son played high school football, I did this painting for a fundraiser. 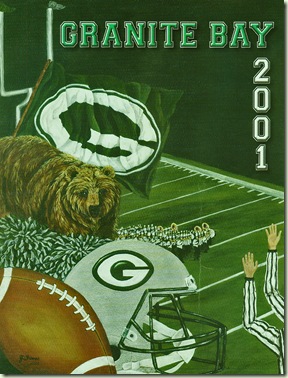 The boosters liked it so much they made it into the cover of the program for the season.

And this football mural was for a little boy’s room. His dad picked the Washington Redskin player. 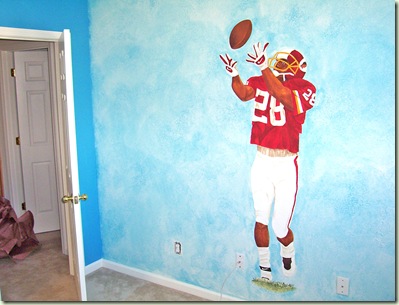 You can see how large it is by comparing it to the door. We painted the room out in blue then did a color wash on the mural wall. 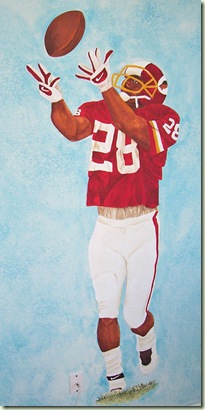 So what are you doing this Sunday? Are you hosting a big get together? Going to a sports bar? Or, just cuttin’ out and going shopping?

Me – I’ll be glued to the set. I’d usually root for the Colts (love Peyton), but New Orleans is a sentimental favorite just because they’ve never been in the big game before. Should be a great game, anyhow.