After I posted the tray ceiling painting the other day, thousands upon thousands of emails poured in, wanting to know how to paint those red & gold leaves.

Okay, maybe it was hundreds.

Alright, nobody actually wrote an email and asked how to paint them but I’m sure it’s just because they were afraid that they’d have to climb a ladder a zillion times and they didn’t want a bigger booty.

I’m here to tell you that these simple leaves can be painted anywhere. A wall, a table . . . maybe even a curtain? Why not? All you need is two colors of paint and a brush or two. 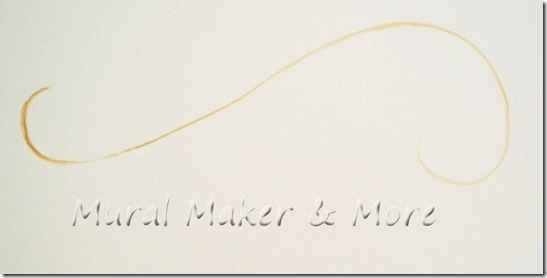 Start with a simple ‘S’ scroll on it’s side.

Next, add your leaves with gold paint. Gold as in yellow, not gold as in metallic.

Although that’d be really pretty too but you get more shading with regular yellow-gold.

Now add some red accents – either on the tip or the base. 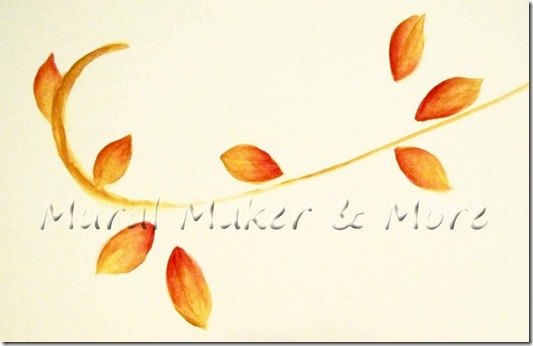 I’ll admit, this scared me a bit when I first tried it on the ceiling. But the more leaves I accented – and then stepped back to take a look – the more I liked it. 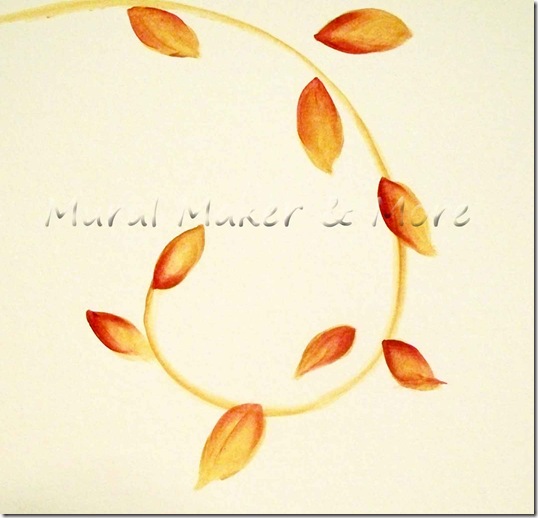 It doesn’t take a ton of red to make an impact. 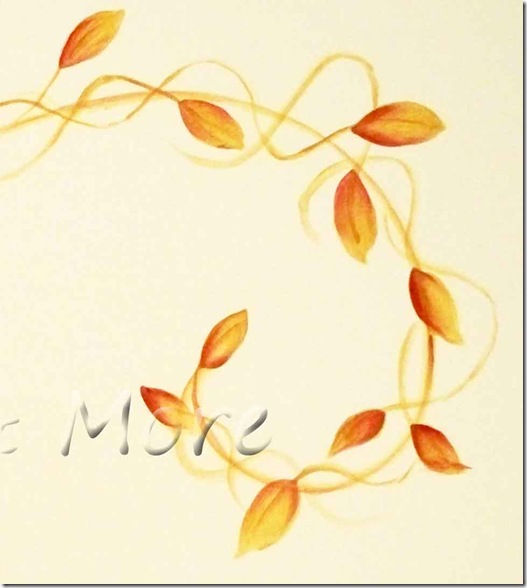 Now, here’s where it gets even scarier, but you gotta just trust yourself and go for it. You’re gonna connect the leaves to the vine – loosely, curvy, and RANDOMLY.

That’s the hard part, folks. Being random. The goal is just to connect the vein of the leave to the vine.

Actually, now that I think about it, you don’t have to do all the extra vein curlicues. You could just take the vein straight to the vine.

Just give it a try – with the red and the curlicues. Then stand back and look at your painting from a few feet away.

Tell me it isn’t cute.

Now, you don’t have to just use ‘S’ scrolls.

You can also start with a ‘C’.

Only this was just one color. One!

Simple, quick, and will work with absolutely any color.

If you aren’t comfortable with drawing your own scrolls and placing the leaves, I made patterns for you – Leaves and Vine Patterns. You can download them as PDF docs via Google, then enlarge them to the size you want.

But seriously, try it freehand first. I think you’ll surprise yourself.