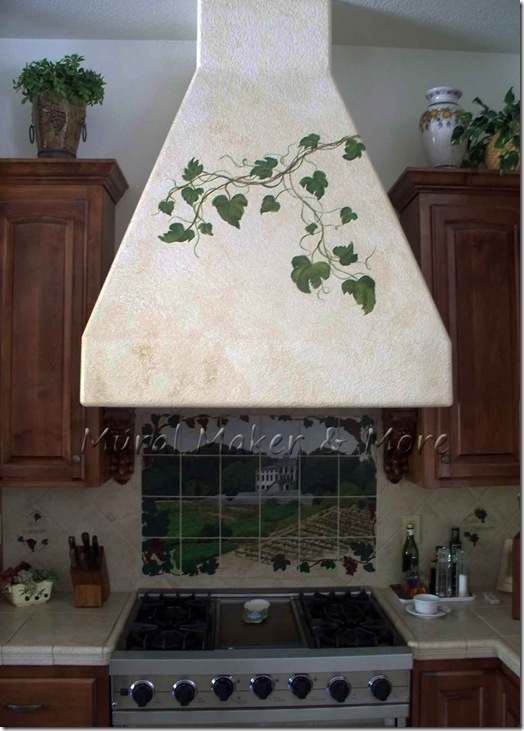 I’ll admit, I don’t look like the typical contractor. Paint or otherwise. So when the occasion arises for me to work on a job site full of other contractors – of the male variety – I’m generally met with less than enthusiastic respect.

Such was the case when I went to the then ‘job site’ to install this painted tile mural. It was in the middle of January, freezing cold, no electricity hooked up yet, and there were tons of contractors milling around. Of the male variety.

I waltzed into the kitchen with a box of 4” porcelain tiles on which I had painted this mural of an italian villa. I figured I’d just find the tile contractor, present him with the box, maybe lay the tiles out in proper order, and he’d install them because he was a tile pro-fesh-anal.
I figured wrong. 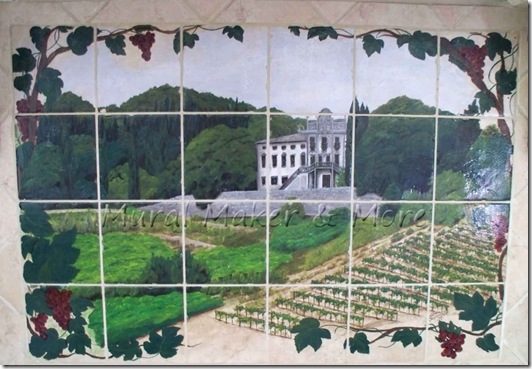 He was indeed laying tile on the backsplash in the kitchen, but he took one look at a few of my painted tiles and started shaking his head. I think he actually backed away from me and my box, as if the tiles were painted with some horribly contagious plague-like disease that was going to infect him, and most likely his private parts, and endanger his ability to reproduce. 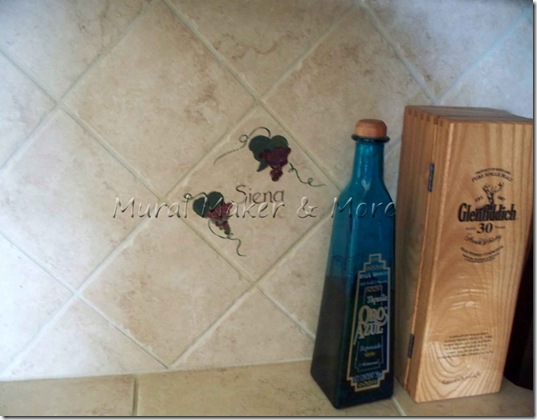 Clearly he was unfamiliar with the ways of us artistic, DIYer-types because he said, “Lady, there’s NO WAY paint will stay on this tile and not chip off.” 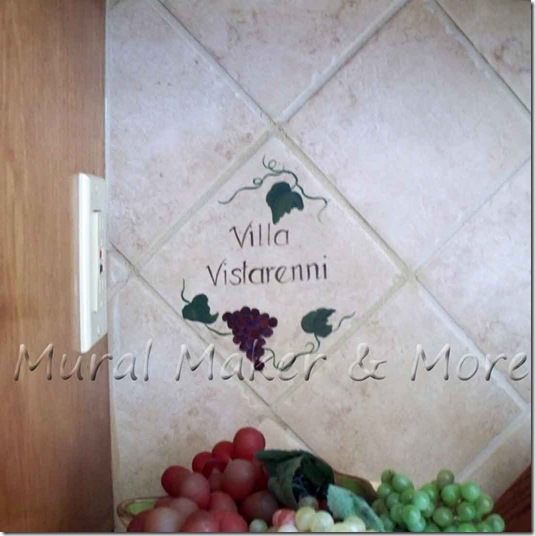 Why do I remember exactly what a tile contractor said back in 2002? Because he kept saying it. 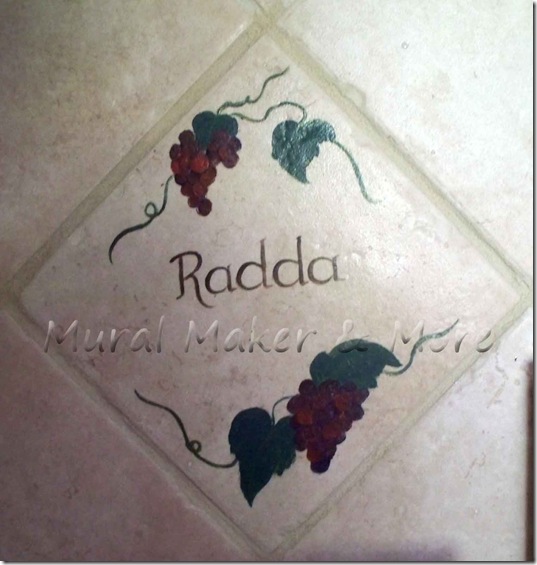 However, he graciously (ha!) gave me some grout and tile spacers and told me to “go for it”, as he disappeared around the corner, never to be seen again. At least by me.

I know somebody finished the tile in the kitchen because I’ve been to the house numerous times over the years. And guess what Mr. Tile Contractor? That mural of the Italian villa where the homeowners spent their vacation has lasted perfectly for going on 9 years now. Right above the cooktop, mind you.

And so have all the accent tiles bearing names of wineries the homeowners visited on their trip to Italy.

So if you happen to be a tile contractor carrying a Y chromosome and a middle-aged-almost-senior-citizen gal comes onto your job site with a box full of tiles painted with PermEnamel, take a second or two and just consider that she might just possibly know what she’s doing. 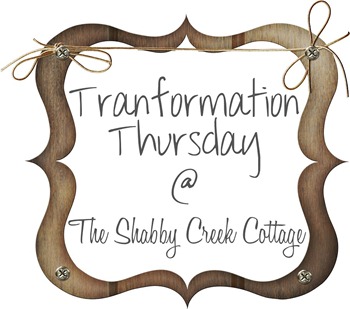