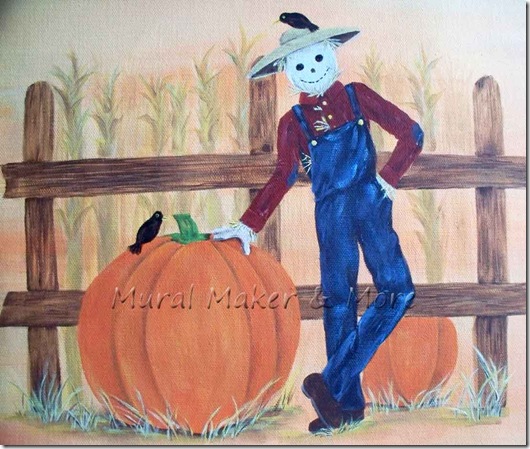 Before I painted this I had a brilliant idea. It seemed like a brilliant idea at the time. Like most of my ideas. They start out ‘brilliant’ . . . in theory. But the actual application of the idea? Not always so bright.

Now, how on earth can a painting be multi-functional, I’m sure you’re asking yourself.

Allow me to explain.

It’s pretty common for most of my paintings to wind up in a big pile. Or a stack. Or a drawer. Let’s just say, I don’t do much with my paintings unless they’re commissioned pieces.

This is where the brilliant part comes in.

If I’m going to paint, which I do, like every day, why not actually use the painting for different purposes, or functions? Here’s what I had in mind:

Good idea, right? Paint it once, use it a bunch of times. Multi-functional!

It started off fine. I did a preliminary sketch of a scarecrow, a wooden fence and a pumpkin. I was sure I could squeeze a few tutorials out of it.  Then I decided to add some cornstalks.

Maybe I could even do a cornstalk tutorial. 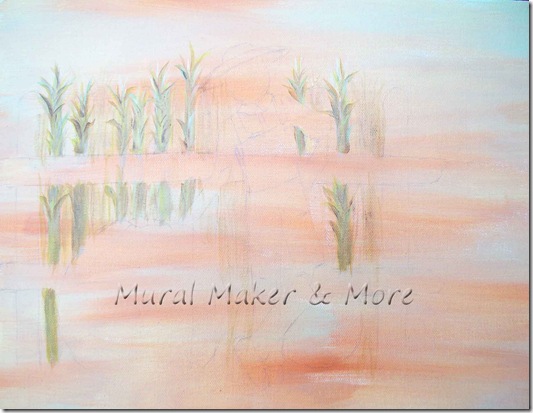 Then again, maybe not. I’d never painted cornstalks before and didn’t really know what I was doing. They wound up too green for a Fall painting, but oh well.

I moved on to the fence. 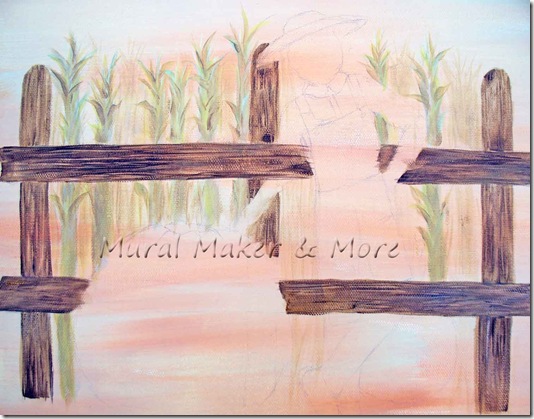 This worked. I took step-by-step pics that I’ll share later this week. In a tutorial. 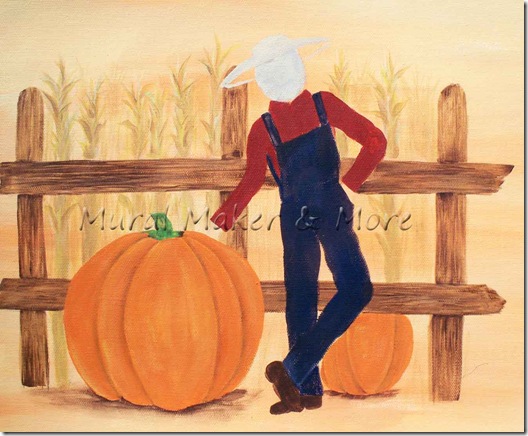 Then I painted a pumpkin. And took step-by-step pics. Two tutorials! A wooden fence and a pumpkin painting tutorial.

I even thought about a tutorial on painting fabric. Denim overalls and a plaid shirt, to be precise. But I bailed on the plaid idea ‘cause – once again – I haven’t painted plaid before. So I have to figure that out first. 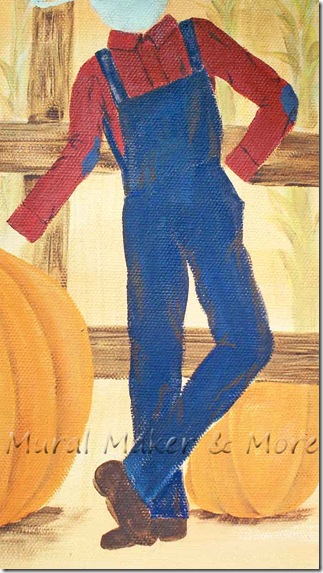 So that left the denim overalls. Shading with Burnt Umber. . . 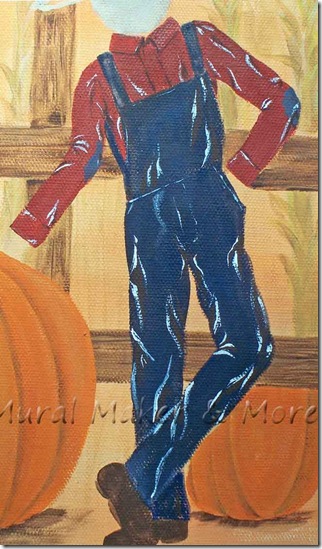 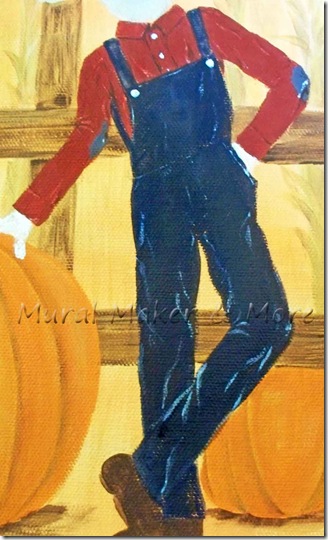 And a topcoat wash of blue.

But I didn’t like the way it looked. And I couldn’t give you a specific color for blue because I mixed Brilliant Blue + Burnt Umber. 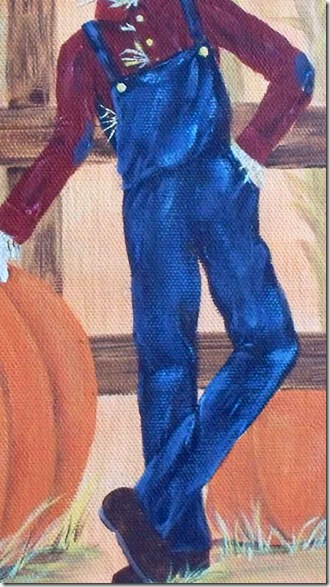 Which is my way of saying I wound up dabbing and smooshing Blue + Burnt Umber + White until I liked the way the overalls looked.

So only two painting tutorials. No problem. I was still on track. Until I painted the scarecrow’s head. 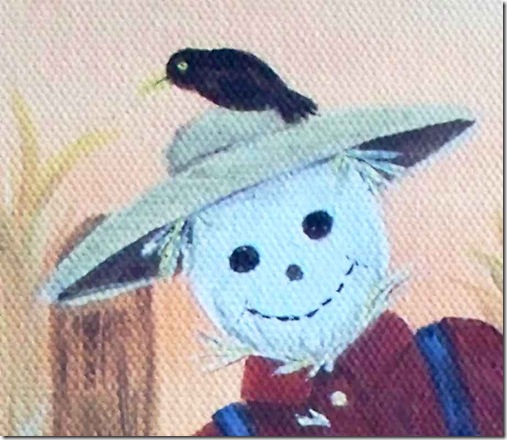 Personally, I think it looks a little freakish. Like something out of a Freddy Kruger movie. Or Stephen King. Even with the ‘stitched’ smile. Like, it might be nightmare-inducing. Or worse.

I’m not actually sure because I never, ever, ever watch scary movies. Ever.

But I wanted a cutie-patootie scarecrow face, not this. But ‘this’ is how it turned out and I left it that way.

Which meant at this point I wasn’t so sure that my brilliant idea was so brilliant anymore.

But I went ahead and finished it anyway. 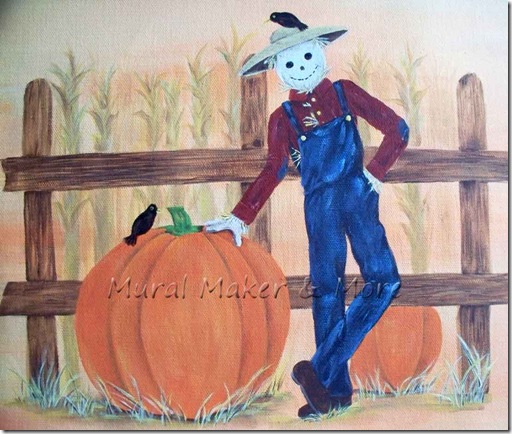 A couple of blackbirds that are supposed to be crows, some dry grass on the ground and I called it quits. As far as painting.

Okay – so I got two tutorials out of it, so that part worked.

But I don’t think it’ll work as a decal because of that scarecrow’s face. {shudder} Same with Zazzle.

However, I can use it as a blog button –

Because the button is only 125 pixels and really teeny-tiny.

Just don’t tell anyone that the cornstalks are green and the scarecrow face scares me more than the crows that don’t look like crows, and just maybe they’ll click on it to see some easy-peasy Fall Painting Tutorials.

A blog button and some tutorials.

Does the number ‘two’ count as ‘multi’?