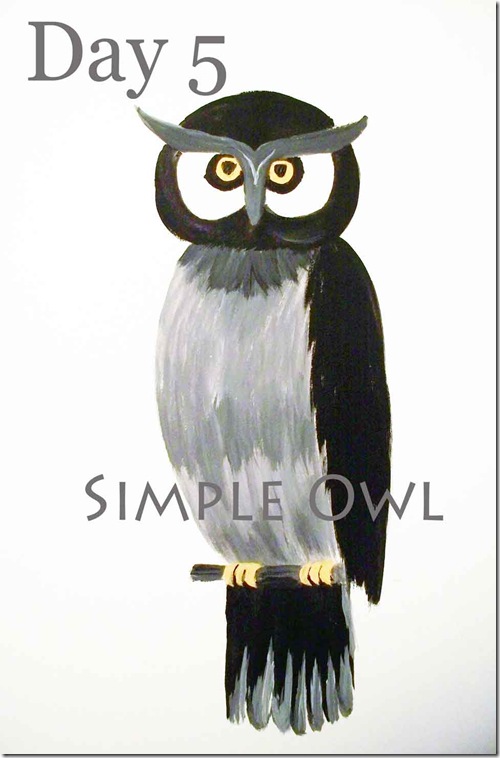 Well, here we are at Day 5 of the 31 Day Blogging Challenge. And here I am, nearly a whole day late. Again.

I was almost ready last night. I had the owl painted. All I needed to do was Photoshop him and then write a little post. I mean, how complicated can a post on a 3-color painted owl be? Not very.

But then NCIS came on. It’s the new season, you know. And after that was NCIS Los Angeles – which I’m starting to like better than NCIS. Almost.

And then it was 9:00 and by that time my mind is mush and there’s no tellin’ what’ll come out of my mouth fingers get posted. So I set the alarm to get up early and write.

But I didn’t. Get up early or write. It was all stormy and cold and it just felt too good to get up at 6 a.m. to write about a simple owl. But after aerobics class I did manage to Photoshop the pics. A whole 11 pics! And then I was gonna write right after lunch.

I mean, All My Children is off the air so I no longer have that as an excuse. But there is another reason why I couldn’t write.

I had to have the last piece of cake. It was just sitting there, all lonely-lookin’, and I had to be the one because this wasn’t just any cake. Uh-uh. This was Safeway white cake with buttercream frosting. Buttercream! It’s like having your own personal wedding cake all over again. (without the drama.)

So there you have it. The late afternoon of Day 5 and I’m just now posting this Simple Owl tutorial. 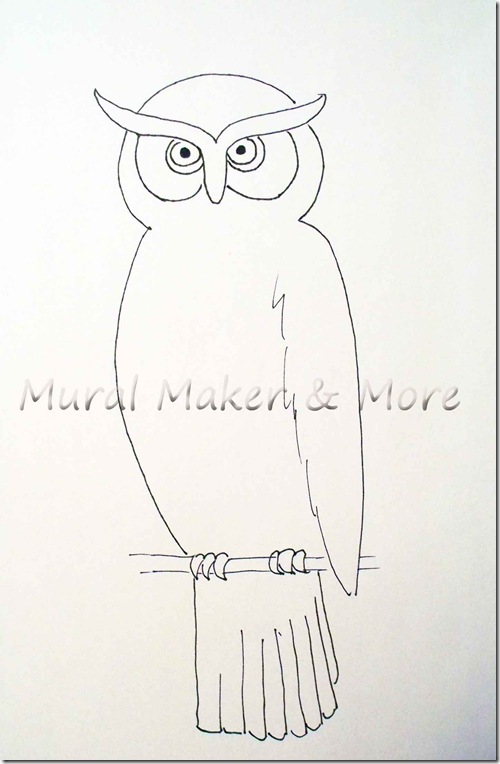 It’s so simple that I feel a little funny even calling it a ‘tutorial’. 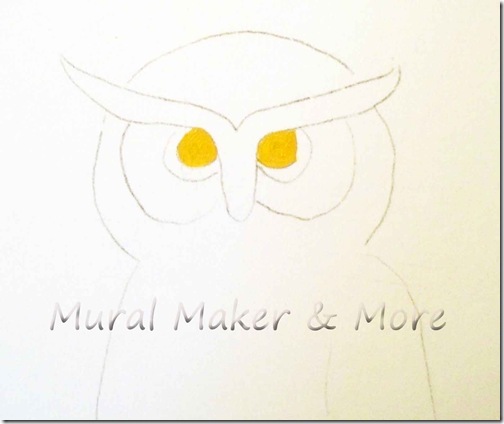 All you gotta do is paint some Turner’s Yellow around the eyes. 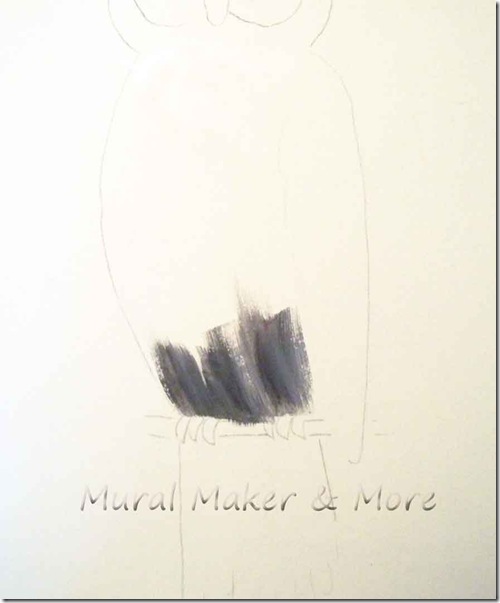 Mix some Licorice + Wicker White for his body ‘feathers’ – starting at the bottom. 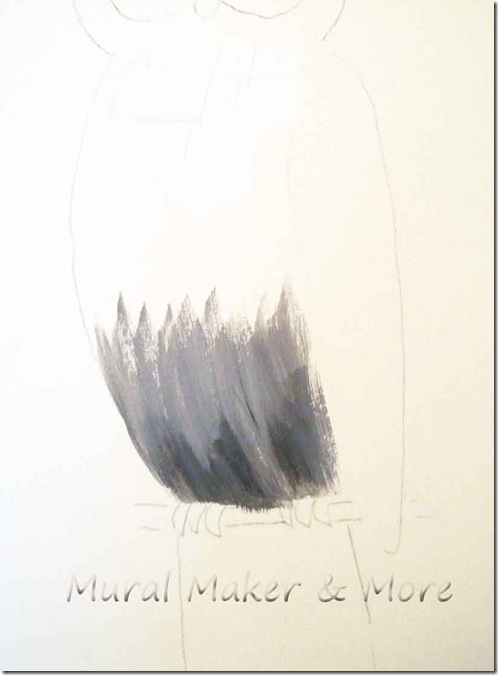 Then add a little more Wicker White for the next layer. 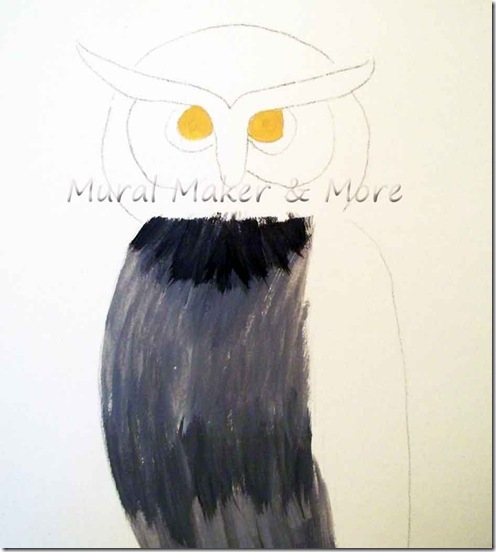 Keep going with layers until you reach his neck, then just use mostly Licorice. 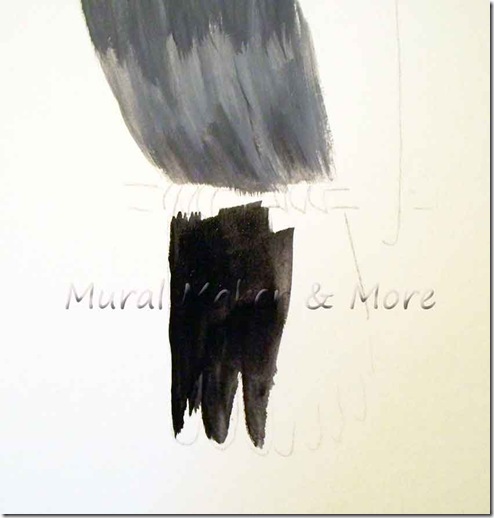 The even more Licorice on his tailfeathers. 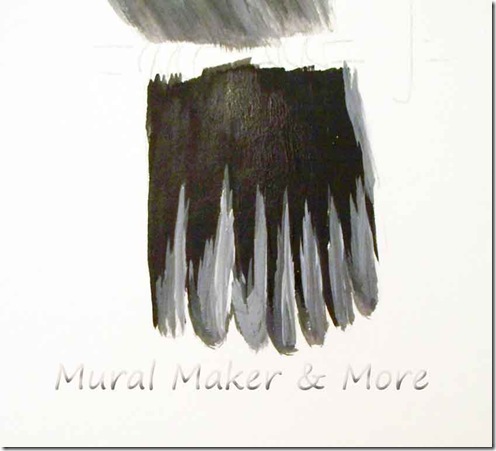 While the Licorice is still wet, mix some Wicker White – right on the canvas – and you’ll get some uneven grey tones that’ll be perfect.

Then do his head and wings with Licorice. 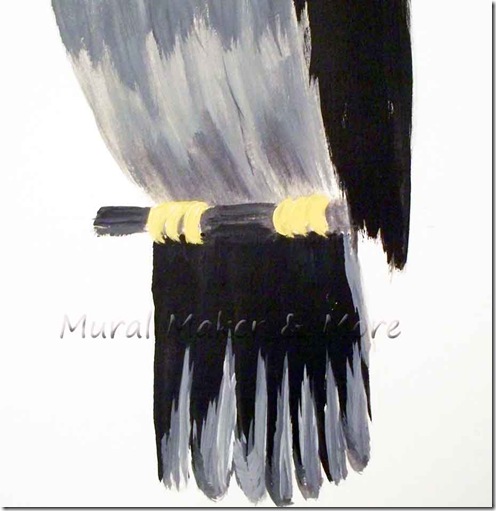 His toes claws with Turner’s Yellow. 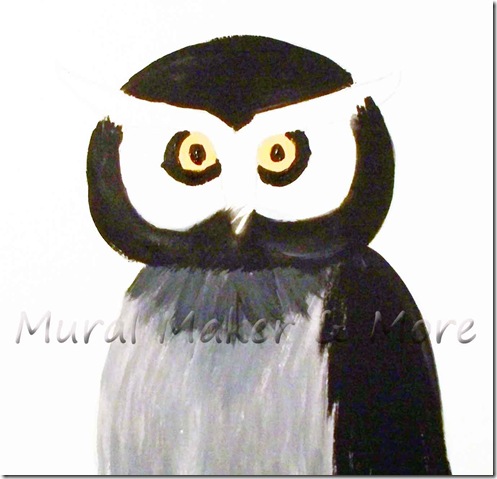 Add some Licorice pupils, then around the yellow, and some white to his ‘owl’ circles. You know, the things that make him look like an owl. Those things. 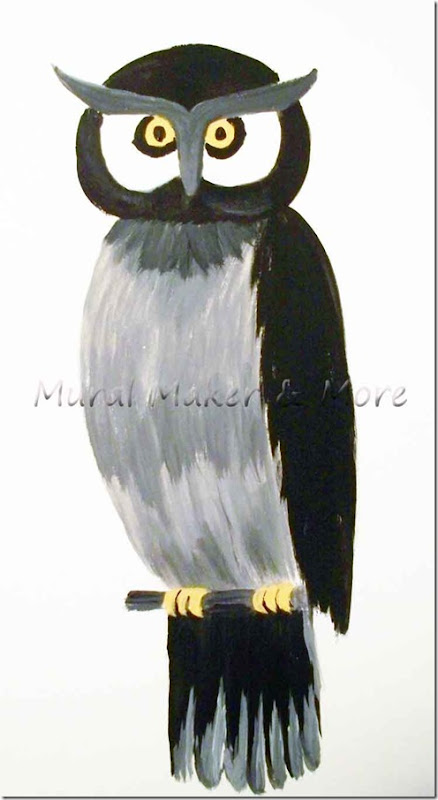 Then mix some Licorice + Wicker White together for his other ‘owl’ thingie. 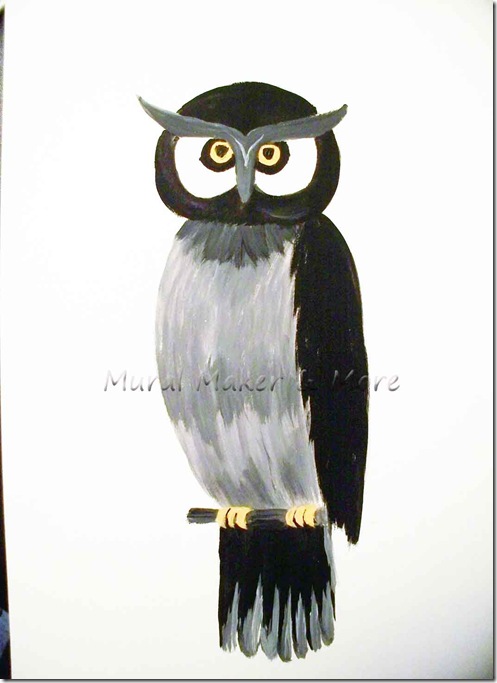 But since this guy is for another Halloween project I thought he needed to look a little not-so-nice. So a couple lines of white. Just a couple.

Oh, the trials and tribulations of a self-employed artist/blogger!

At least there’s no cake left.

Gah! I just remembered! The X Factor is on tonight. 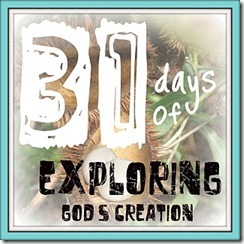 Have you had a chance to visit Adventurez in Child’rearing? She writes great posts. With no mention of buttercream, I might add.