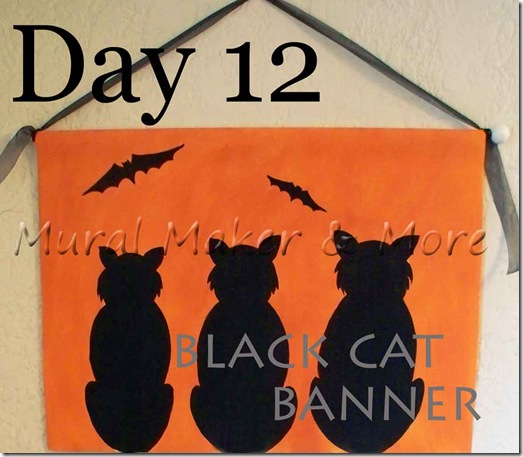 This paint project is so simple that it doesn’t even really need a tutorial. Transfer the pattern, paint the background orange, paint the bats and cats black and that’s it. But I just had to do a project with black cats.

Personally, I can’t think of Halloween without thinking about black kitties. I always wanted a black kitty. Years ago, when I was single, I really, really wanted a black kitty. The man I was seeing had a stray show up on his doorstep. After checking all over his neighborhood, unable to find an owner, he brought the cat over to me.

She was a gorgeous cat. A calico, but primarily black. We took her to the vet to have her vaccinated and get checked out. She was in great health. In fact, so great that she delivered 3 kittens a couple months later. It was too early to tell on her vet visit.

I found people to take two of the kittens and kept one – an adorable red tabby that stole my heart.

A few years later a friend moved in with me and brought her cat. So we were up to 3 cats. She came upon a stray kitten and just had to bring him/her home. She named him Edward, only to find out a few weeks later that he was actually a she.

Now we had my two, Misty & Lewis, and Deb’s two, Benjamin and Edwina, in my house. Deb decided to move into an apartment to save money but left her two cats with me where they were ‘more comfortable’. I asked her, “You’re sure Edwina isn’t pregnant, right?”

Sometimes my make-up doesn’t fully cover the SUCKER that’s tattooed on my forehead.

And we were quite happy, me and my eight – not one of them black – cats for quite a few years. Then I met Hubs. Then his 3 kids moved in. Then we got a dog. (I told you about the tattoo, right?)

Then we found other homes for most of the cats. And eventually the remaining ones passed on.

Now, don’t get me wrong. I love my dog. Adore him, actually. But a dog is just . . . different than a cat. Duh! If you’re an animal lover, you know what I mean.

It’s kinda funny, now that I think about it, that I’ve only painted portraits of dogs. No cats. One of these days I’ll get another kitty. Just one though! Maybe a black one. In the meantime, I can always paint some. 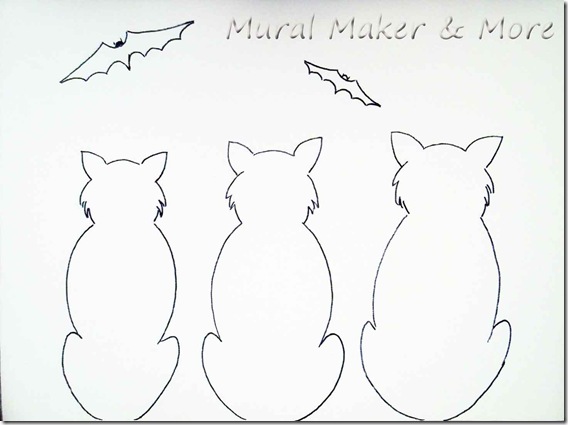 Here’s the pattern of 3 kitties. And a couple of bats in honor of Halloween. 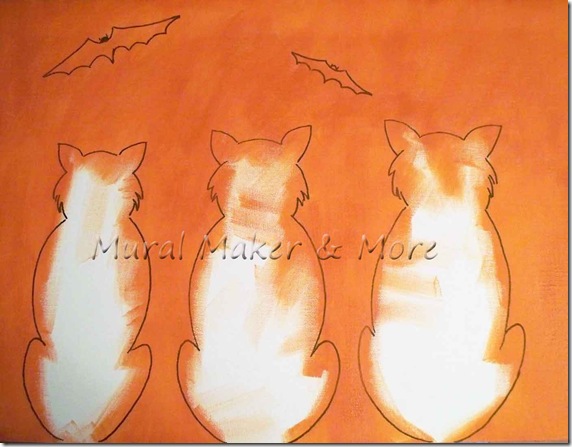 Paint the background orange and then transfer the pattern. It helps if you outline the bats and cats with a black Sharpie. 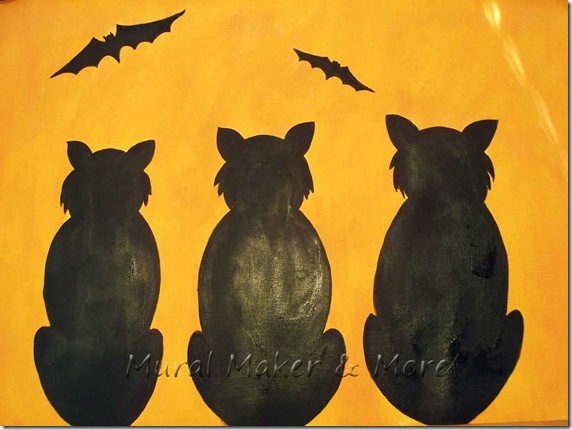 Then just fill the outlines in with black paint.

That’s the simple part. Here’s where I ran into trouble – I wanted to glue some black ribbon on for tails.

Black ribbon, with a little curl or two. Should be simple, right? 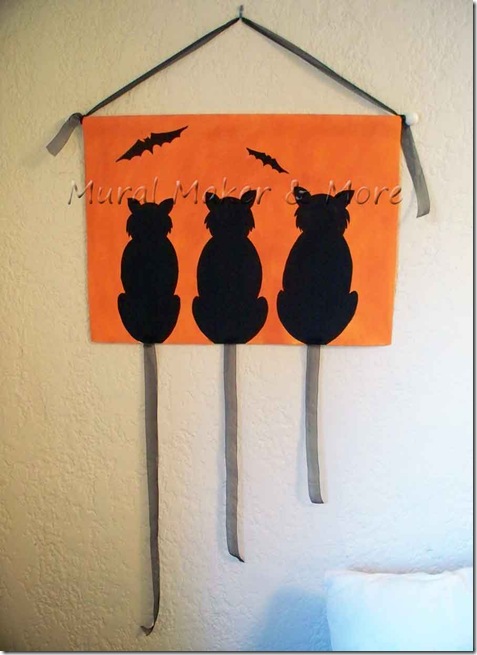 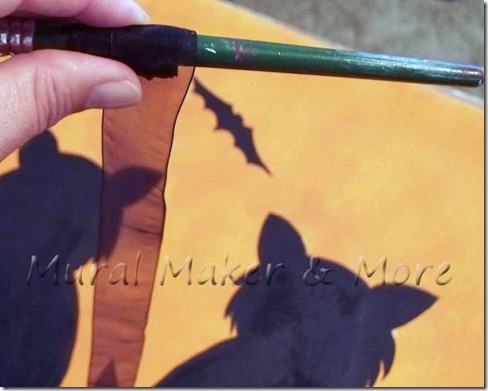 I tried wrapping the ribbon around my paintbrush. Nope.

I tried wrapping it, wetting it and letting it dry. Nope.

I tried wrapping it, spraying it with hair spray. Nope. 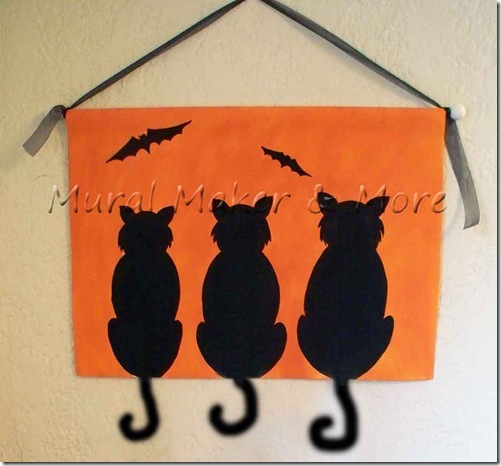 So I just Photoshopped some curly tails on until I figure out how to get some cute tails on my black kitties.

Got any ideas? I know I can use curling ribbon, but that’s not quite the look I was going for. I’m open to suggestions.

The gal formerly known as Cat-Lady 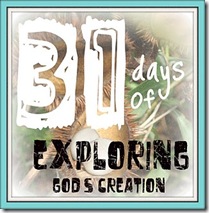