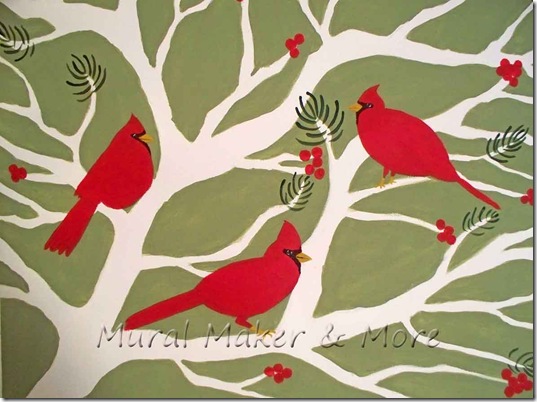 Hello! How are ya? I’m finally back to painting after a week of fighting the flu, but I still feel like I’m walking thru sludge. Everything is a huge effort.

Which may be the reason why I didn’t finish this painting today. Or not.

I haven’t decided because up until an hour ago I really didn’t like the way the painting looked at all. 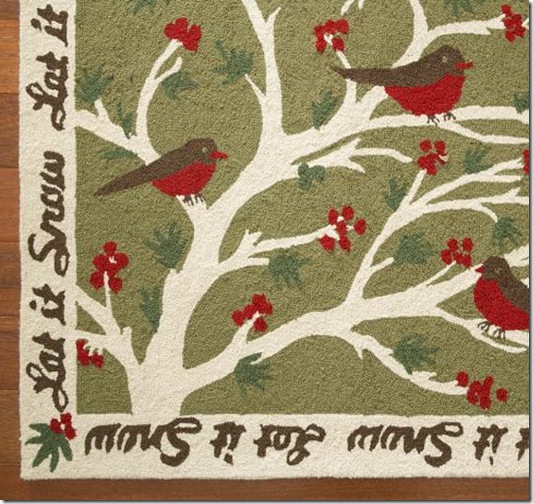 Shouldn’t be an issue. But it is was. I’ll know better tomorrow when I finish it up and then I’ll decide whether it’s a tutorial or not.

It’s hard enough fighting the flu without also battling indecision too. But then, that’s a daily thing for me. Indecision, I mean. Not the flu. 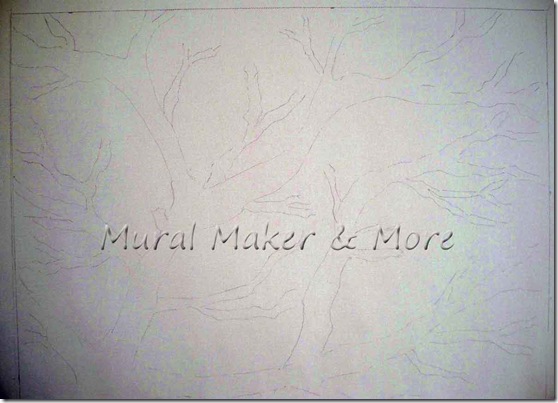 I sketched the branches on a piece of canvas. I didn’t copy Pottery Barn exactly – just the basic direction of the branch. Then I just made a bunch of ‘Y’s, like on the Spooky Tree tutorial. 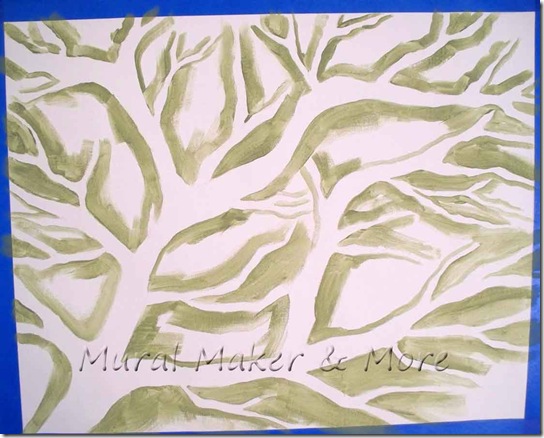 Then I outlined the branches with a sage green . . . 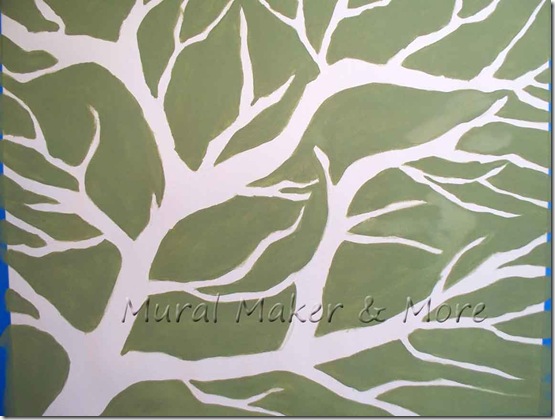 It wound up taking about 4 coats of paint so I wasn’t too happy. The only thing more boring than painting a bunch of blank spaces is painting a blank wall.

But I knew it would’ve taken even longer to paint white branches on top of the green. Or maybe even longer to cut a stencil out of freezer paper or vinyl.

If I could’ve found my masking fluid I would’ve used that for the branches, but who knows where it is. I mean, I use it, like, once every 6 or 7 years so I have no idea where it is. And I just felt to yucky to get in the car and drive to the art store.

So I just sat there and painted green, and green. And even more green. 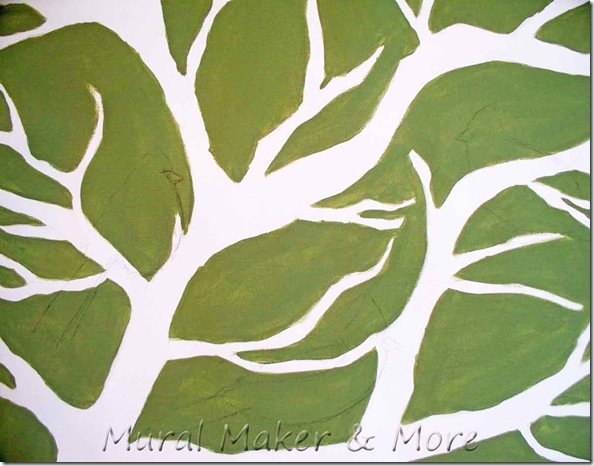 My boredom overruled my perfectionistic tendencies so I called it good-enough and penciled in three cardinals.

If this thing turns into a tutorial, I’ll make patterns for the cardinals and the branches. 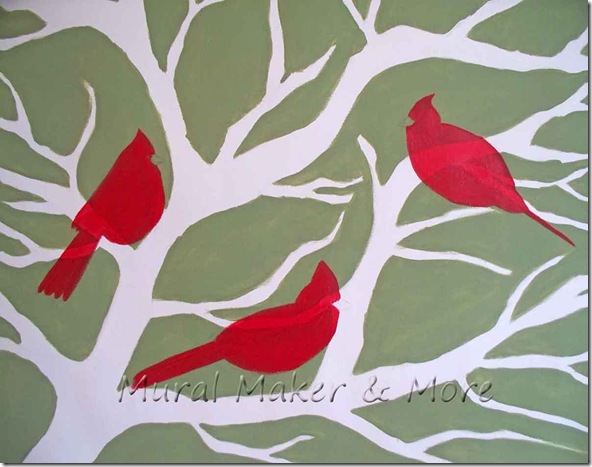 I basecoated the cardinals with FolkArt Napthol Crimson by Plaid.

Now, any red paint would work but, believe me, it’ll take a lot of coats. Which is why I love Folk Art. For a craft paint, their colors have great coverage. 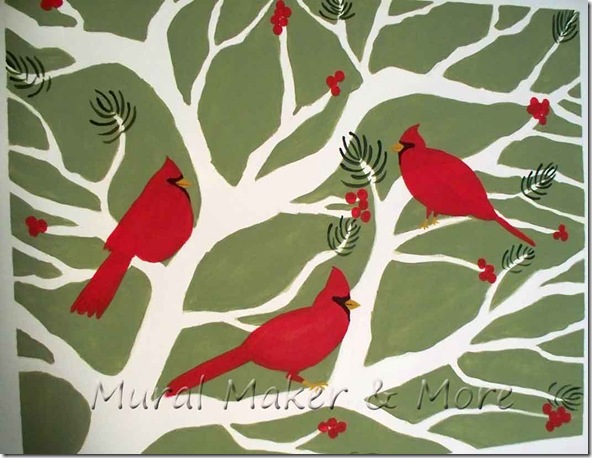 A little Antique Gold on the beak and some Burnt Umber on the birds’ faces and they didn’t look too bad. Even without shading or highlighting. 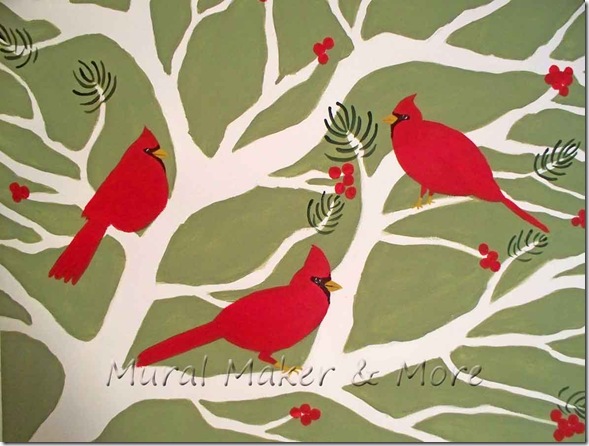 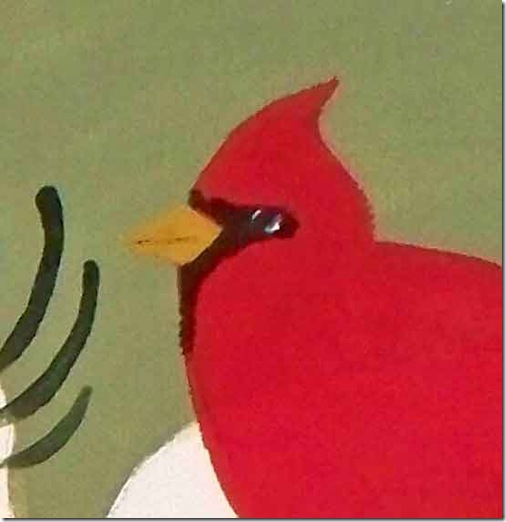 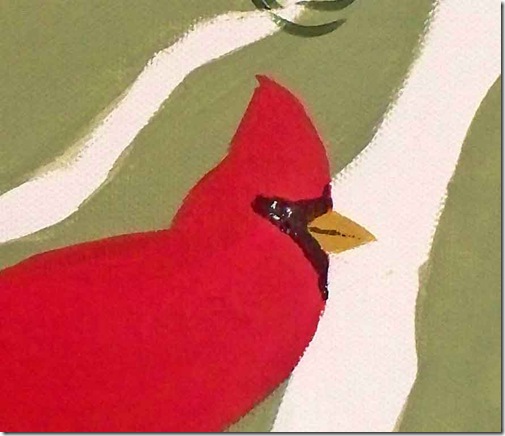 And a dash of Burnt Umber on the beak.

It has to dry overnight but if it looks the way I think it will, I’ll share it with you tomorrow.