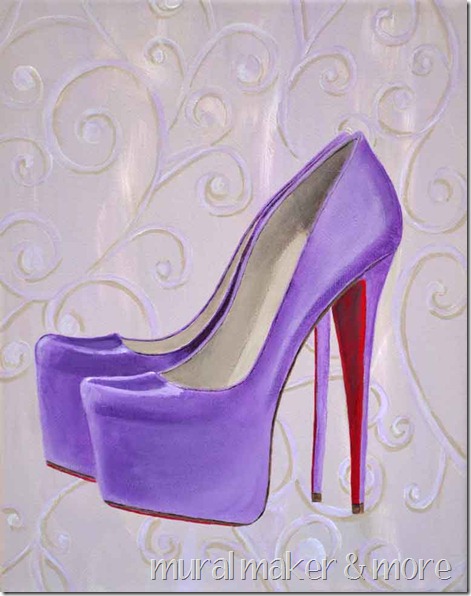 I still love high heels though. There was even a time when I wore them. Way back when. No longer. Now I just paint pictures of high heels.

If you understood that you might be as confused as I was while writing it. 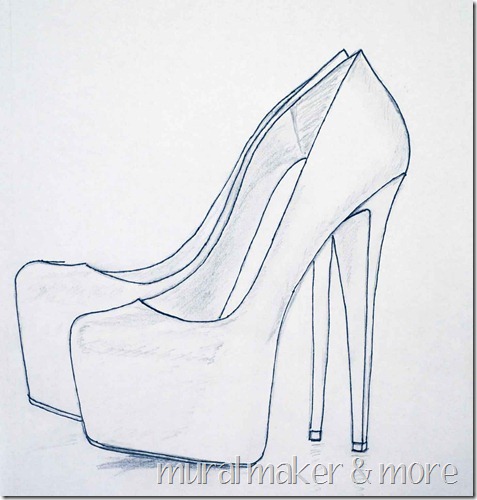 Good thing I took a lot of pics. You know, a picture is worth 1000 words. Which makes this post, oh, about my normal size. 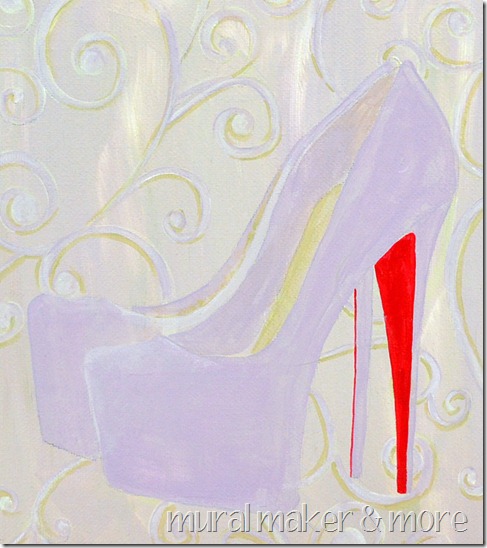 A while back I posted about painting the background scrolls. Then I transferred the pattern and basecoated with lavender and red. 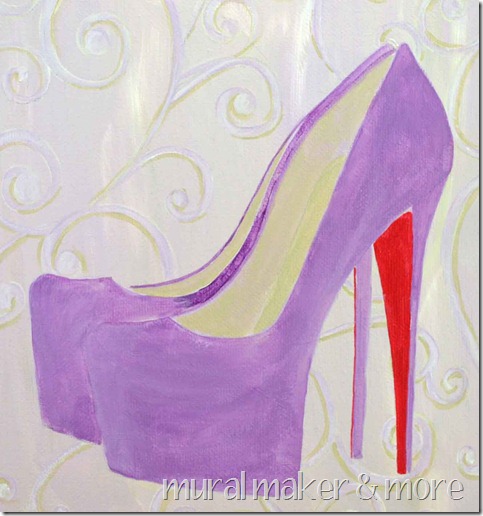 The lavender was too light so for the next coat I mixed it with a medium purple. 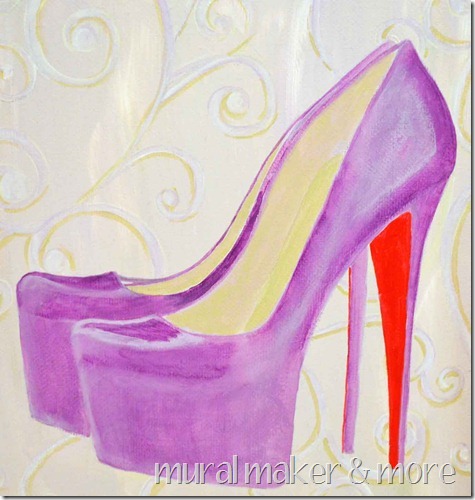 By mixing the medium purple + lavender, I could use the purple for shading and the lavender for highlighting. Tricky, huh?

Whether you’re painting a wall mural or a 8 x 10 canvas, you still have to back up off it once in a while. 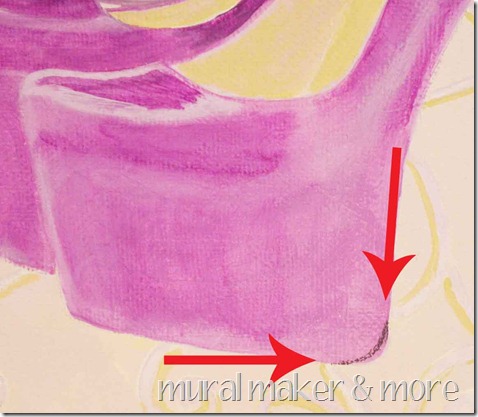 You might see some problems when you stand back.

I know, it’s just a smidge. But it was bugging me. 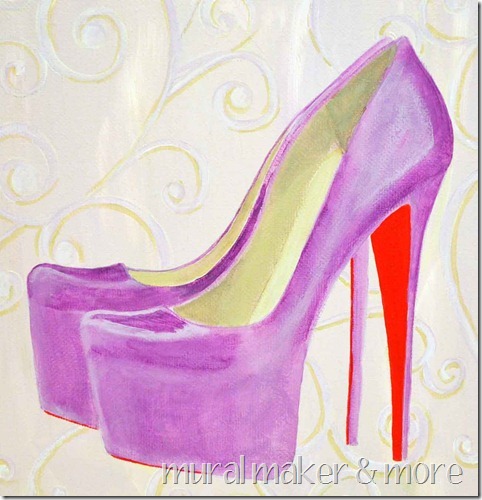 After a couple of coats to fix it, I added a teensy bit of red to the soles.

If you’re painting the trendy Louboutins, you gotta paint the red soles. 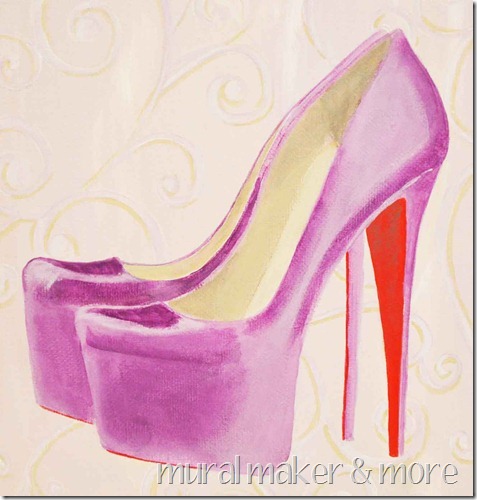 And then I played around with highlighting. Seriously. I was just seeing how much I could add and whether or not I needed to add white. I tried it but covered it back up with lavender. *chicken* 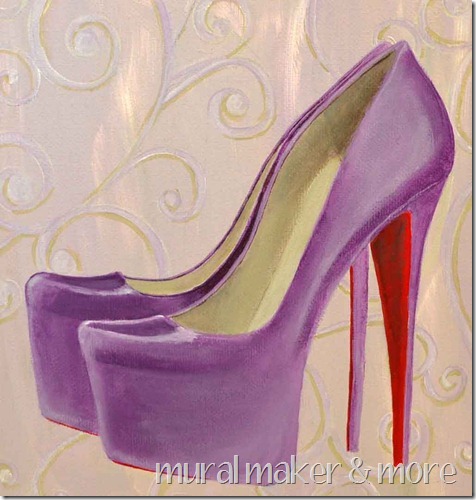 Yes, the lighting changed. Sorry. I still don’t know all the ins and outs of Photoshop. 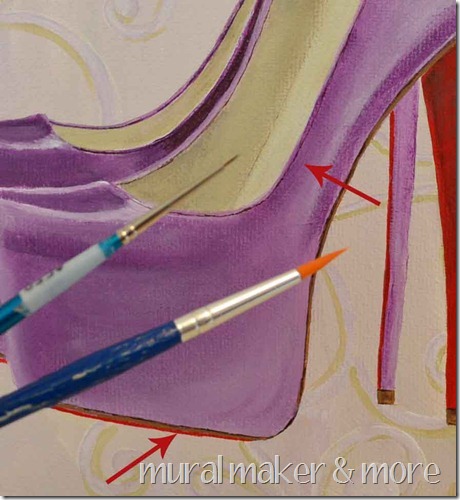 Have you ever felt that way? Like you just want to keep painting on one piece, even though you know it could be considered finished? Kinda like teenagers. 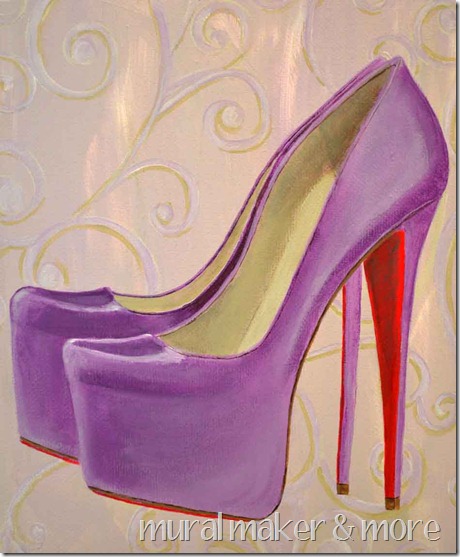 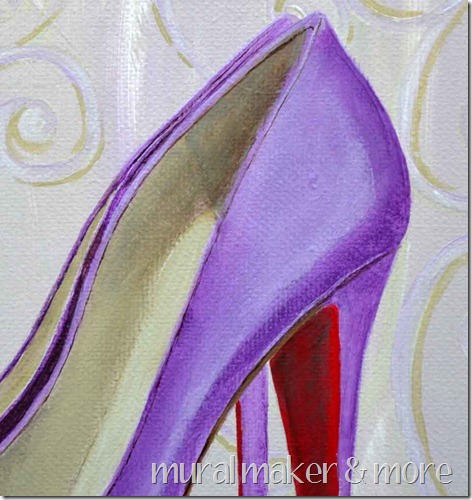 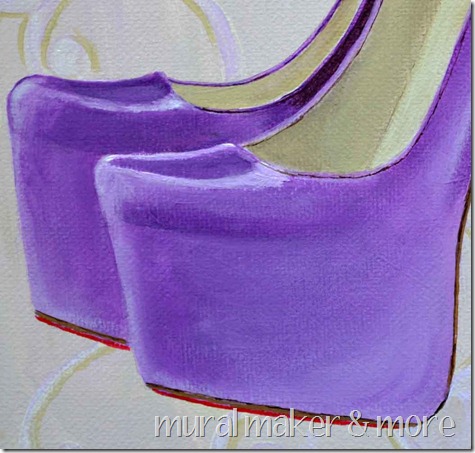 Up close, the teeny lines make a big difference, don’t they? I was pretty happy at this point and could’ve considered this painting done.

But it wasn’t. This painting was for my niece, Alisha. There’s something about Christian Louboutin shoes and my nieces. And my paintbrush. I have 3 nieces on Marlon’s side and each of them are fashionistas.

It’s worth being on Instagram just to see what the three of them are wearing. As a matter of fact, they’re why I got on Facebook in the first place, back before everyone was on Facebook. Back when Facebook was the new MySpace. Times have changed. 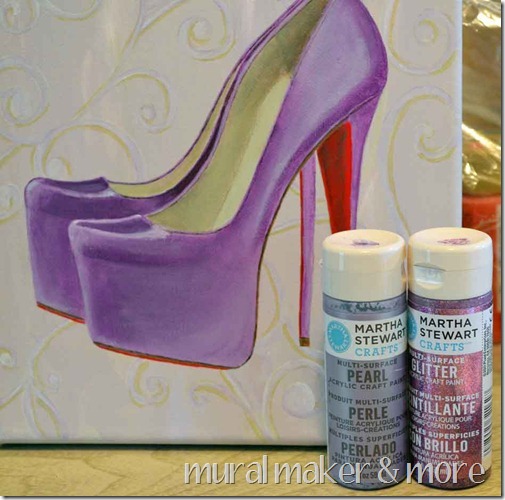 As a matter of fact, I had posted a pic of these Daffodile shoes on Facebook and Alisha saw them. There was a brief discussion of glitter.

I knew my glitter paint by Martha Stewart would be the perfect touch. 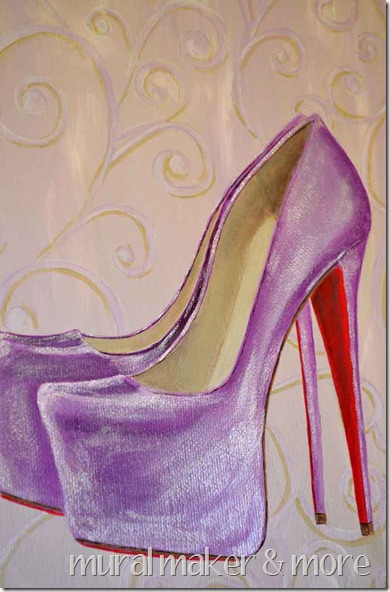 To add even more sheen I painted a layer of pearl paint first. 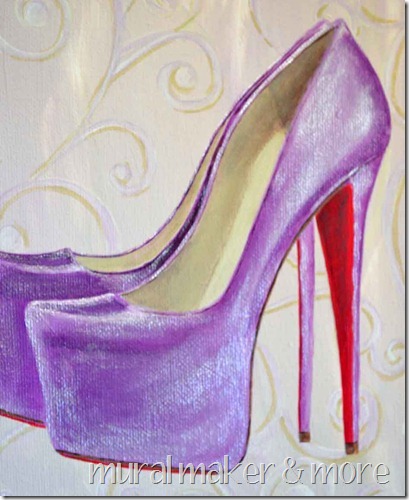 I was a little worried I’d lose all the shading and highlights but they were still there. 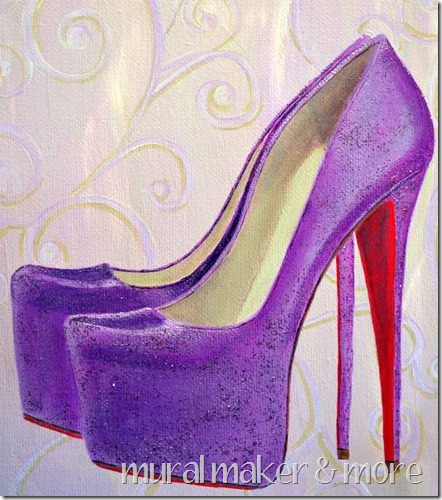 I painted the first layer of glitter paint with a regular flat paint brush. 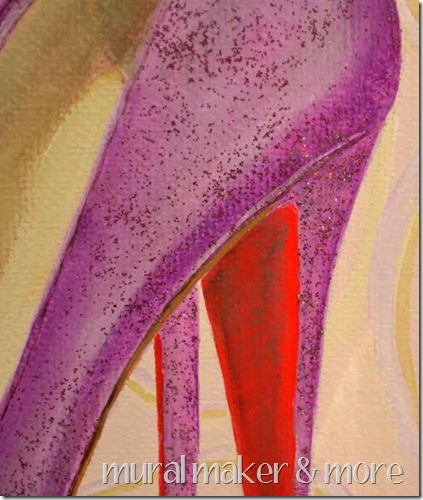 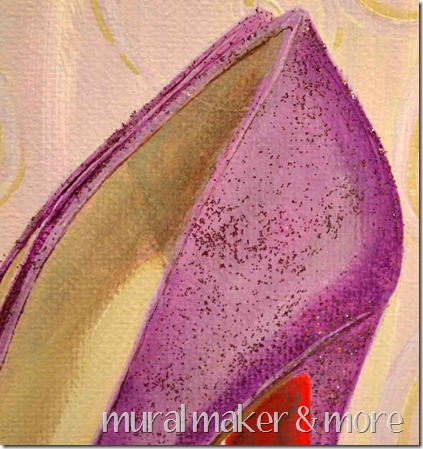 If you just stroke it on with a paint brush you don’t get even coverage. 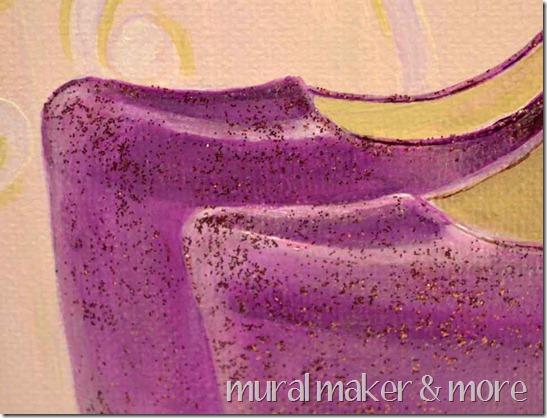 So I painted a second coat of glitter paint, this time dabbing the glitter where I wanted more glitz.

Would a video on How To Paint Glitter be too weird? Hmm . . . 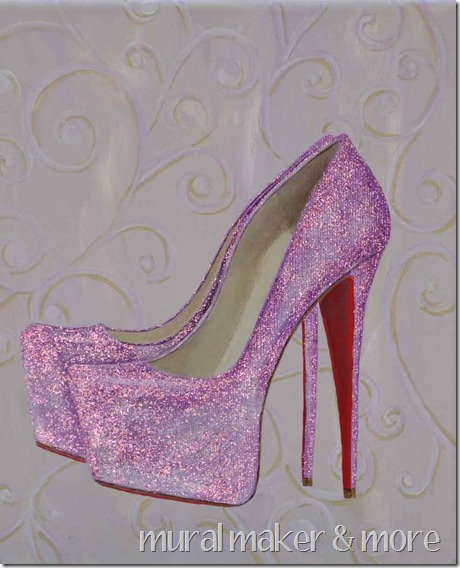 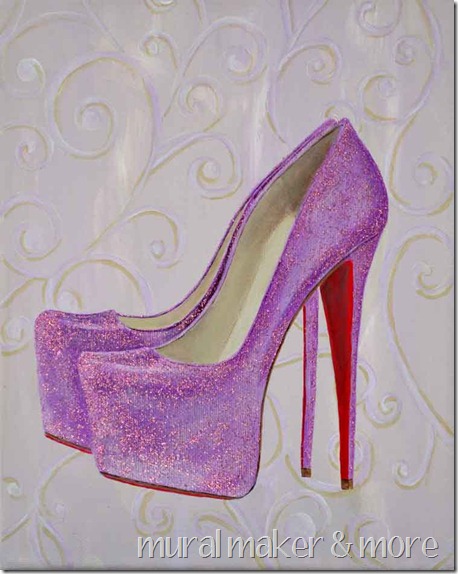 Nope. Perfect for a 20 something fashionista.

It does depend upon the lighting though, how much the glitter shows up. But I just got a phone call from Austin, TX, and my niece loves them.

While I can’t imagine the thought of even trying on stilettos, painting a pair for a special someone is even better.

What d’ya think? Are you a glitter gal? Have you tried glitter paint?