Do you love red geraniums as much as I do? I’m a bit of a fanatic, I’ll admit, and I wanted to paint some with watercolors. They didn’t turn out well. sigh. So I grabbed my trusty acrylics and played around a bit and came up with How to Paint Geraniums in Two Steps! 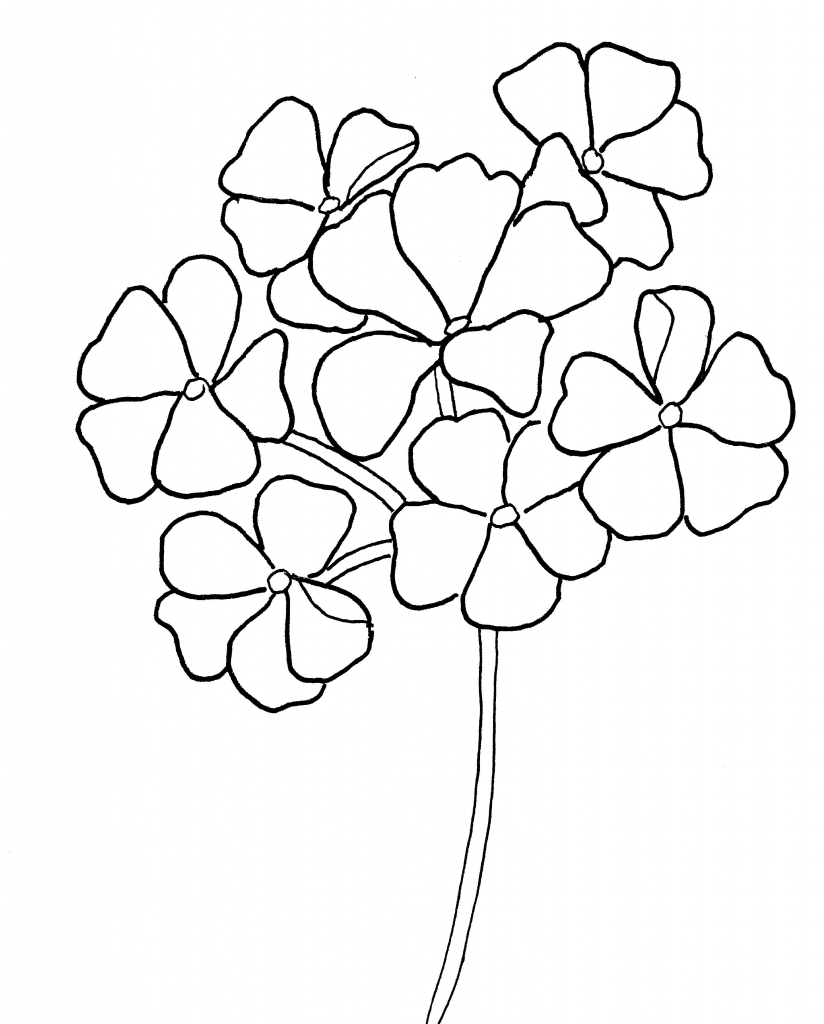 Okay, so there’s a couple more steps than just two, if you include transferring the pattern.

As I show in the video, for watercolors I just mark the back of the pattern with pencil, flip it over, and go over the outline with a stylus or ball point pen. Easy peasy. I’ve gotten so used to transferring patterns this way I went ahead with the geranium without even thinking about it.

The pencil is so much lighter than graphite paper, which I’ve used for 20 years. With the pencil I can lighten or darken the pattern to my liking.

For painting the geranium the video is kind of self explanatory but I’ll add a few comments here anyway.

Mixing the paint with the floating medium makes the paint thinner and a little translucent so the brightness of the orange basecoat can peek thru here and there.

After your topcoat dries, erase any pencil marks that might show and then take a bit of white paint and dot the centers of each blossom.

That’s it! Ok, so maybe more than two steps but once you get the orange down, then the topcoat, you’re basically done!

I’m still determined to do a lot of videos but, I tell ya, it’s a struggle lol. For instance, I added captioning in the video so anyone on Youtube can get instructions but it’s not showing. I don’t get it and it took me too long so I’m just posting this anyway.

Maybe after a glass of wine I can tackle it again, ha!

Let me know if you try this method. I’d love to hear what you think about it!