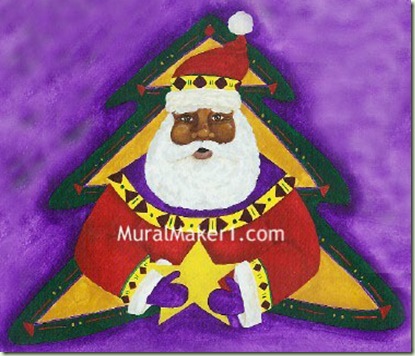 My 3 stepsons are now all grown up. One has blessed me with my darling grandson – the light of my life. 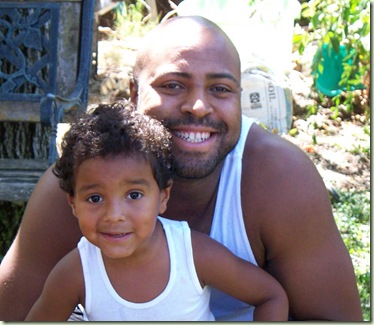 Which leads me to a little back story as to why Santa comes in different colors in my house.

BBH’s three sons were getting ready to move in with us on the 1st of the year. They spent a weekend in December with us for Christmas-planning festivities.

I thought having a family meant tons of warm, fuzzy Kodak moments.

I had wanted kids for-evah in the worst way, but God had other plans for me.

Being a 30-something woman who hadn’t been around little boys, I did what anyone would do – I bought ceramic ornaments for the boys to paint.

Being a 30-something woman who was extremely, uh, thrifty, I only bought 4 or 5 colors of paint, figuring they could mix their own colors.

Surprise #1 – they didn’t know how to mix colors.

Surprise #2 – ‘craft’ time with 3 not-so-little boys didn’t go like the commercials on TV (or the warm, fuzzy images in my mind)

I still have those ornaments, tucked safely away in a box. Somewhere.

Being a 30-something woman with no parenting experience, these were only the first of many, many surprises.

People tried to warn me about the perils of step-parenting, but I didn’t listen. Heck, I was raised in a blended family. If anyone should’ve known, I should’ve.

This story is about Santa with the brown face.

Back in the 90’s it was nearly impossible to find brown Santas. 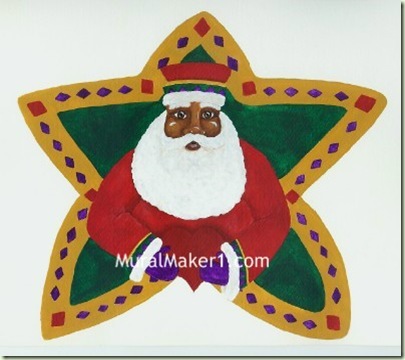 So I painted my own. 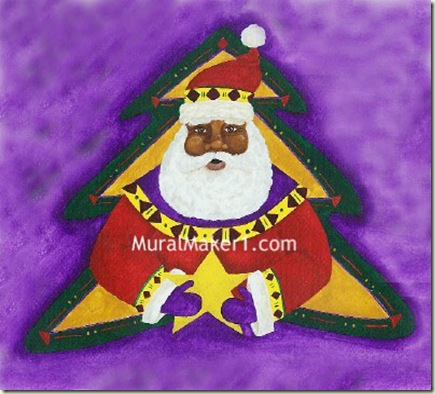 It’s still not too easy to find brown Santa’s. 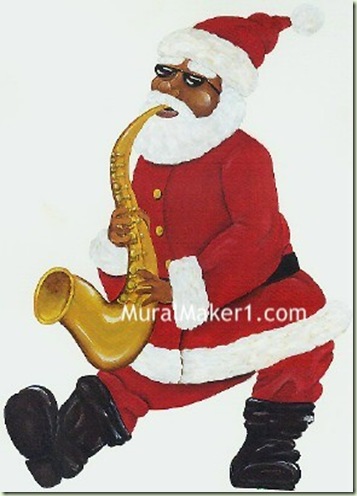 Now, 20 years later, with a ‘light brown’ grandson, I thought I was better equipped to explain Christmas, white Santa’s, brown Santa’s, and why it’s the season of GIVING.

Surprise # 537 – 3 year old’s ask harder questions than this 50-something gramma can answer.