This is the 2nd installment of my trip down memory lane when I owned a flower shop in Sacramento, CA. Read Part 1 here. The story continues as I had just received my very first order for funeral flowers.

What were you doing when you were 19? Do you remember? I bet you do! One year out of high school, full of hope and expectation for your life ahead. Were you living your dream? I wasn’t. Far from it. At age 19, I was living my nightmare.

After my landlord left my shop that fateful day in 1978, I was filled with both the exhilaration of receiving orders for large funeral arrangements and the utter dread of having no earthly idea how to make these FOUR arrangements.

This was 1978, Folks. I didn’t have the internet. I didn’t know any florists. I went to the library and found a lovely Better Homes & Gardens book on arranging garden flowers. No help there, either. 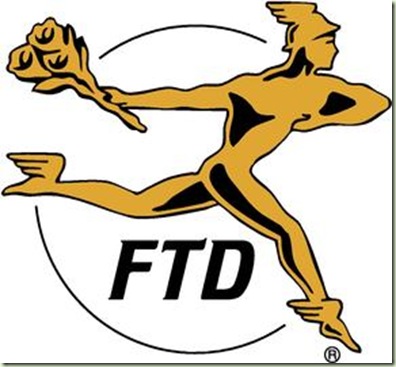 When I first opened the shop, I practiced making arrangements out of the little FTD brochure. I could do about 3 different styles.

Not that I was an FTD shop. Oh, Lord! Far from it! FTD had stringent standards for their shops. I just used their freebie full- color pocket brochure to copy from for inspiration.

Then I broadened my repertoire. I’d drive around to other shops at night after closing, peek in their windows and see what designs they had in their cold box.

Eventually I got fairly adept with the standard designs.

Ok, let’s be real. I got good at sticking stems into that green squishy foam, Oasis. Sometimes the stems would even form a shape that resembled a floral arrangement.

People even paid me money for these.

Ah, but I digress from the funeral planned for the lady who didn’t need a funeral. Yet.

But, eventually, she did. Need a funeral, that is.

And I was not ready. Or prepared. At all.

Of course, that didn’t matter because I had already taken the orders. And the deposit. Money is a funny thing. Quite the motivator, isn’t it?

Yep, I trudged downtown to one of two Sacramento floral wholesalers to order flowers and buy supplies for the FOUR large funeral arrangements. That I had no idea how to make. Or even what to buy to make them.

I could’ve gone to the San Francisco Flower Mart, but that would’ve meant getting up at 4 a.m., driving 2 hours, buying the flowers, driving back for 2 more hours, and then working in the shop for 8 more. Uh, no thank you.

I could’ve ordered the flowers from a grower, but I would’ve had to have known what they were called, what colors they came in, and how many were in a ‘market bunch’.

No, thanks. I’ll just go to the Sacramento wholesaler and point at what I want, thank you very much.

So that’s just what I did.

And thank goodness I did, too, because one of the wholesaler guys used to be a floral designer and could tell I had no clue what I was doing.

The jig was up.