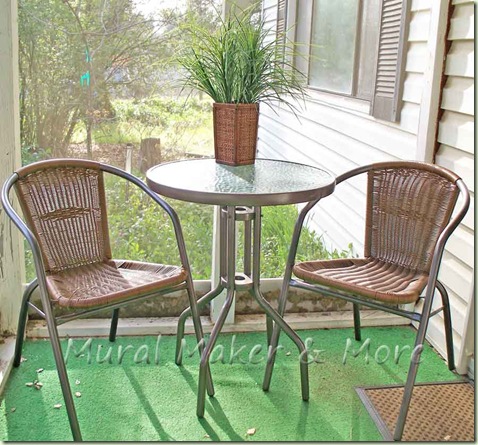 I should call this “Ode to Rust Oleum & Krylon”.

I’ve done my fair share of spray painting in the past. In fact, when I worked at the craft store, I was notorious for always spray painting something or other. I mean, if you had an entire spray paint aisle to choose from, wouldn’t you go nuts with it too?

Ah. But that was years ago. Long before you could paint plastic without it peeling. Before there were ‘hammered’ spray paints. Before there was such a wide, beautiful range of colors! 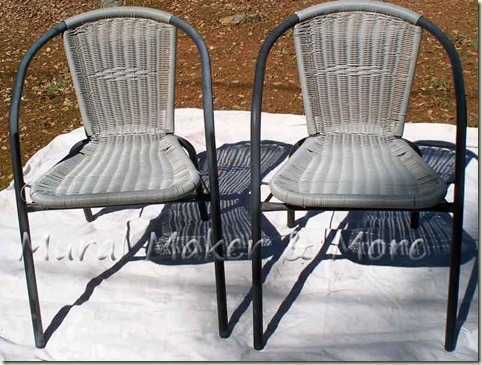 Two chairs that look much older than they feel. 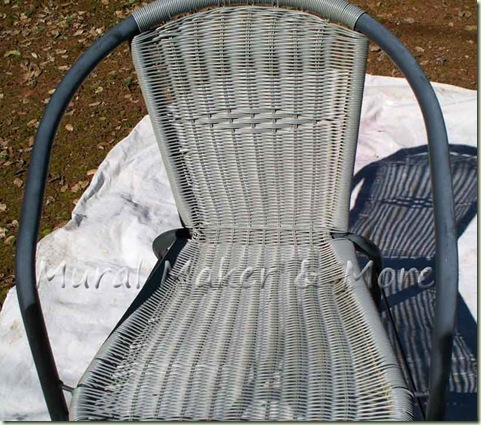 Faded and worn by the sun. 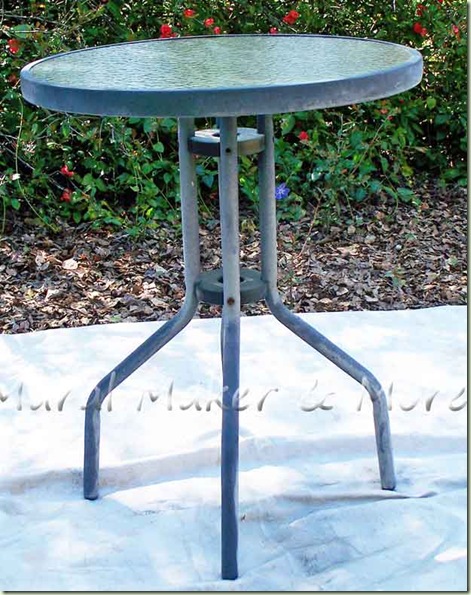 And the chairs’ pal, Table. Said table and chairs were a great deal 2 years ago – $30 for the set.

A great deal, except by the end of the first summer, the color on the plastic webbing had already faded.

Since the temperature finally rose above 40 degrees, I was ready to strike.

First up, the chairs.

I didn’t care about the ‘hammered’ part on the webbed backs and seats – I just loved the color. 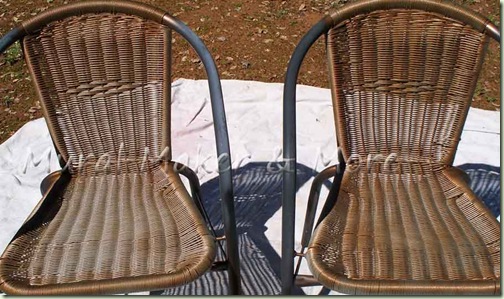 Great coverage, even with the first coat. 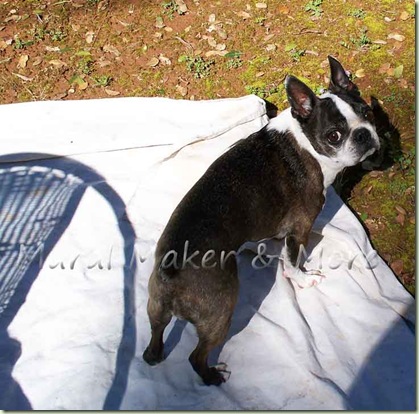 I had to take a little break between coats while the Supervisor made her rounds. 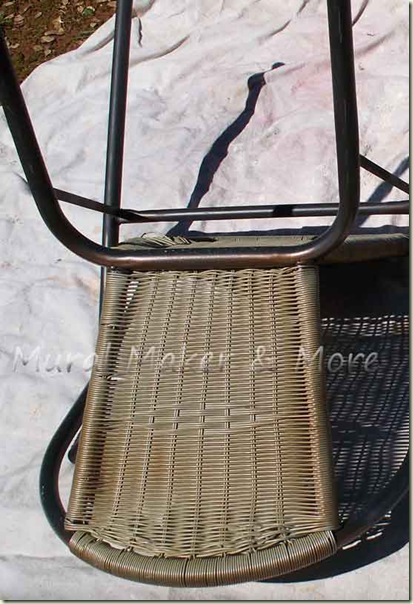 Once I passed muster, I flipped the chairs over and sprayed the back and underneath.

One can almost covered perfectly.

Almost. Good enough to save me another trip to WalMart.

Tip: When you’re over 50 and your eyesite’s faded a bit, you don’t need to worry about fine details – as long as you only invite the Over-50 crowd over.

Works with make-up too. {ssshh – don’t tell the young-un’s. Let ‘em just think you like foundation a little on the heavy side.}

Next up – the metal parts. I needed a color that would go with my beautiful copper seats that didn’t look a thing like copper but I loved the color anyway.

Rust oleum had this little lovely – neutral but not bland.

The label says ‘textured’, not hammered, but, again, I didn’t care. I wanted the color.

Another little tip: With Textured or Hammered (doesn’t matter) the ‘pits’ get bigger with thicker coats. Kind of like crackle medium – the cracks are larger with thicker medium. Same thing. You just have to be careful that the paint doesn’t run or drip. So, if you want more texture, spray a heavier coat of paint. 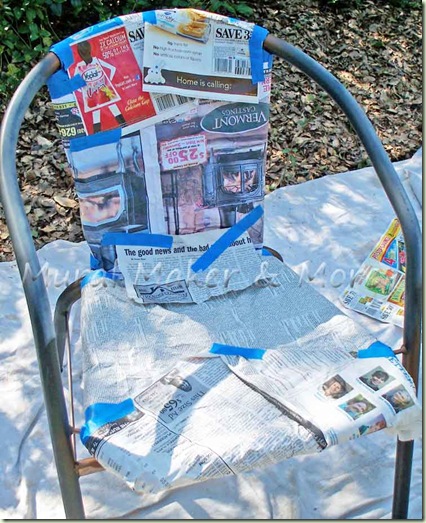 This is my first attempt at taping off the back and seat.

Yes, I waited to the Krylon paint to dry thoroughly. Which it did, in only about an hour or so.

Color me impressed. Spray paints have improved over the past 15 years. Imagine that! 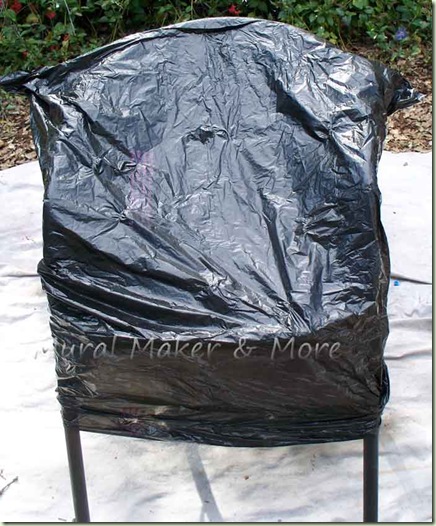 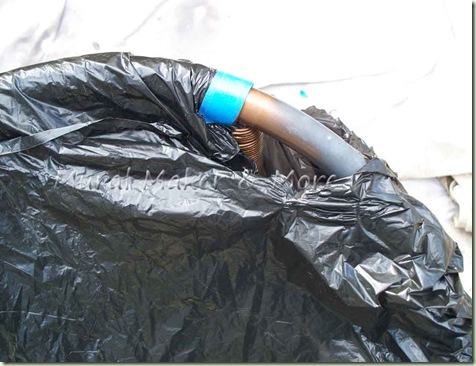 Cut (pull, tear) where the chair arms are and tape. 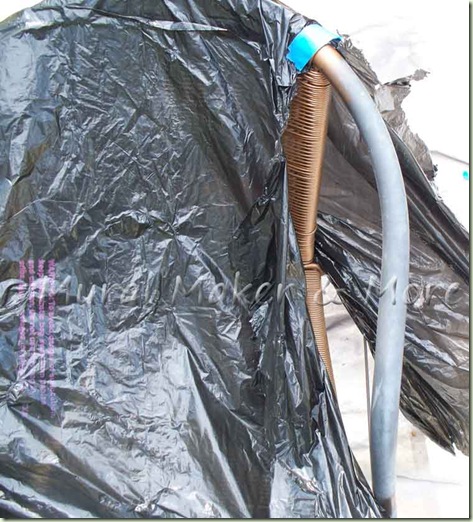 Cut, pull, tear, the garbage bag all the way down and wrap the plastic over the seat. 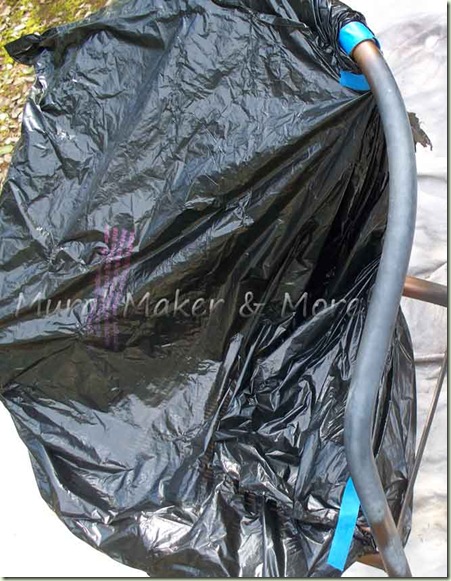 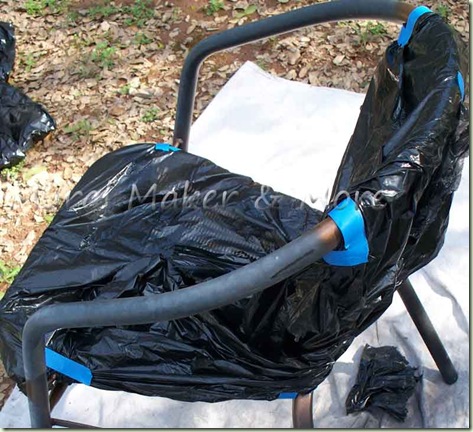 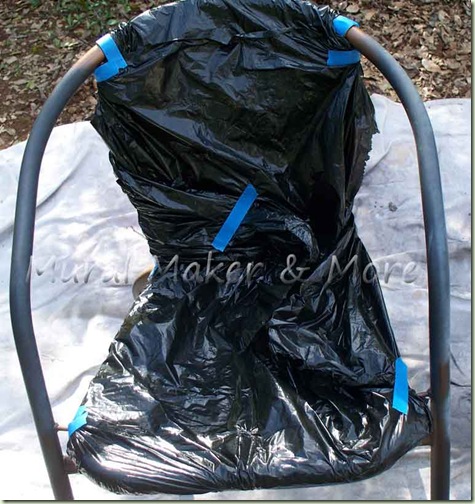 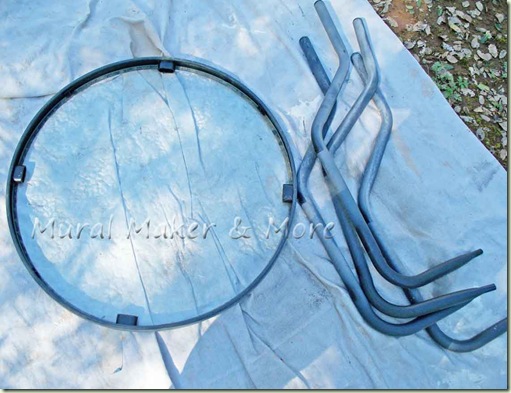 I had hoped if I took the table apart I could pop the glass top out. 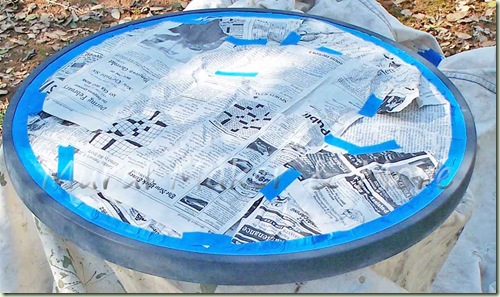 Not so lucky. So I just taped it off, let it dry, and put it back together. 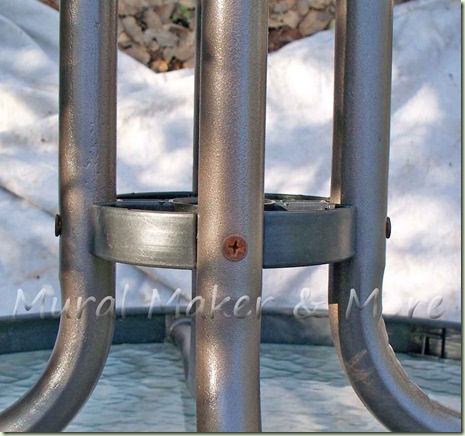 Putting the table back together took more time than anything else. 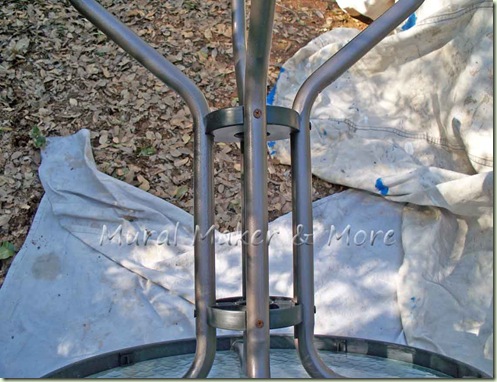 Eight! How long could it possibly take to line up eight screws into eight holes.

As it turns out, quite a while. Hmph.

Apparently I need to hone my DIY skills a bit. 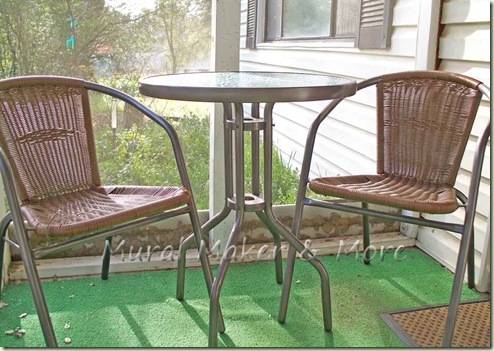 But I finally triumphed over the eight screws and gave them a shot of Rust oleum just to show them who’s boss. 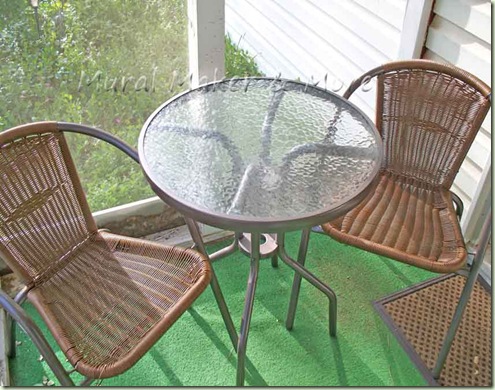 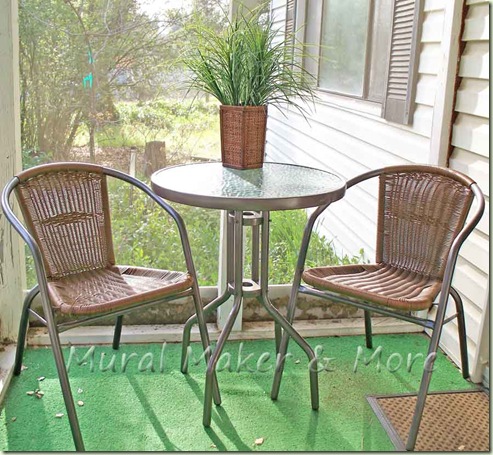 I’m on the hunt again, looking for my next potential ‘victim’ for Krylon & Rust oleum.

What are you up to this weekend? Any spring projects going?