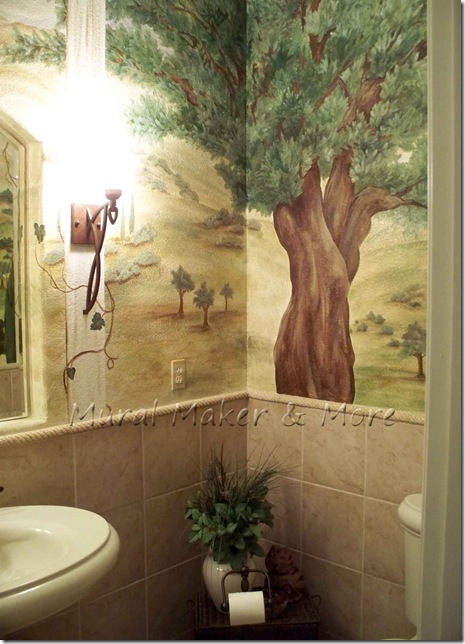 If you’re gonna paint a mural in a powder room or guest bath I have one cautionary warning:

You must be something of an acrobat.

Or fairly limber. Or both.

I, my friends, am neither. So a couple weeks ago when I was painting the tray ceiling in the master bedroom and stopped in this powder room for a potty break, I looked around and wondered how in the heck I painted these walls and ceiling 6 years ago.

Of course, I was in my 40’s then, so I probably was a bit more limber.

And, yes, I do realize that if I had used an extension ladder instead of the 8’ “A” ladder I wouldn’t have had to tightrope between the sink and the toilet.

Here was the scope of work: paint a tuscan-like landscape in soft, muted tones so the room felt more ‘open’. And spacious-feeling.

Spacious? Did I mention the room’s barely 5’ wide? Ok – here’s the issue – just in case you’re considering hanging from an 8’ ladder in a room a slight bit larger than a walk-in closet – when the ladder is open the base is almost 54” wide. That leaves 6” to spare. Except where the sink and the toilet are. That’s where the acrobatics come in. 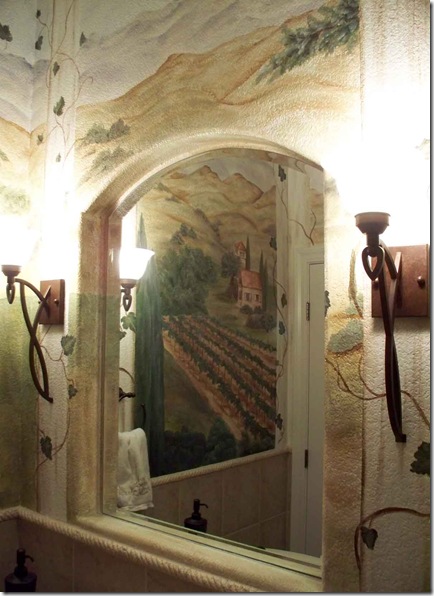 And some gorgeous light sconces to maneuver around.

Yes, I realize I could’ve taken them down before painting. But then I would’ve had to measure to know how wide to paint the white posts that they appear to be attached to.

If you haven’t figured it out already, I’m not much on measuring things. 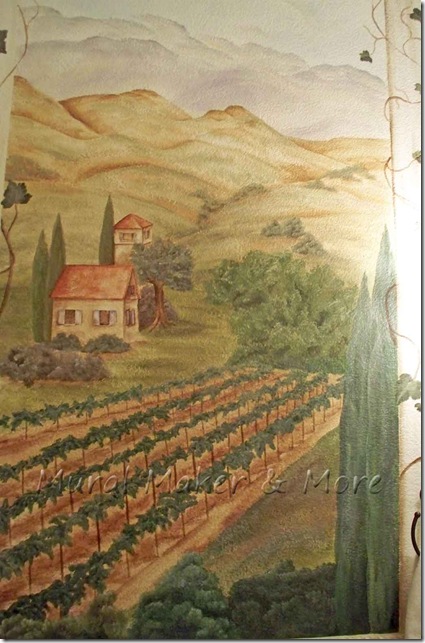 The posts went around the room and act as a kind of frame for each wall. Like this one that has a winery and vineyard painted on it.

It’s the wall that sits behind the door when it’s open. So you walk in, close the door, sit down, and have a nice little scene to look at while you’re doing your bidness.

If you’re keeping track, yes, these are the same clients that had me paint the trellis in their master bath. And, before you think that they must have some weird compulsion about murals in their bathrooms, they don’t. Truly. I’ve painted almost every room in their home – which I’ll share with you this week – it’s just that I started the tour with the bathrooms. 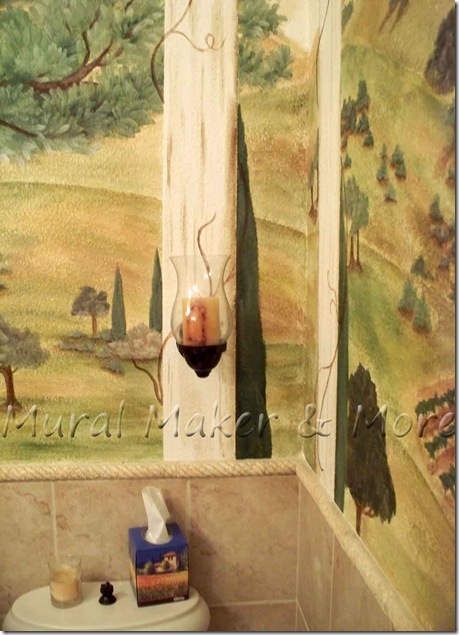 Another painted post over the toilet where a sconce with a candle hangs. 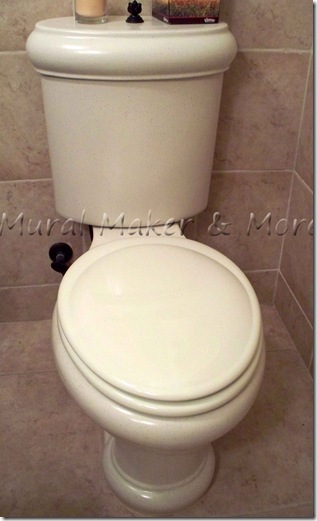 I’ve gotta share this toilet with you. What’s a little toilet-sharing between friends?

Take a look at it. Pretty, right? Now, where’s the lever-thing-a-ma-jig to flush your bidness, hmmm? 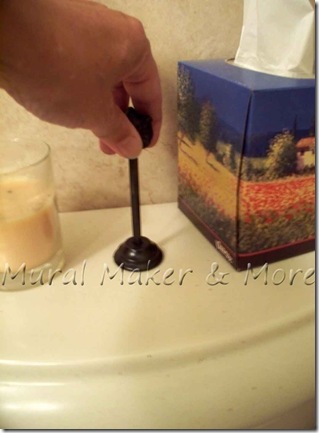 It’s on the top of the tank!

Ok. Maybe that’s not as impressive as I obviously think it is. Maybe it’s because I’m just a girl from the sticks in podunk county. But I think this is the coolest toilet ever!

Although I do wonder how many guests have spent more than their fair share of time in there, trying to figure out how to . . . you know. 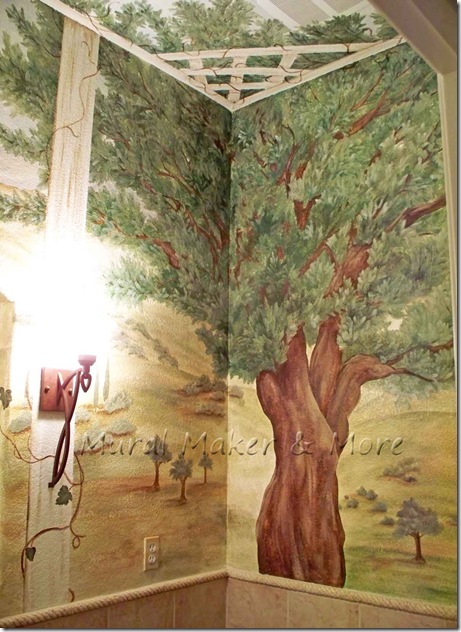 But at least they have something to look at while they’re trying to figure out how to flush their troubles away. 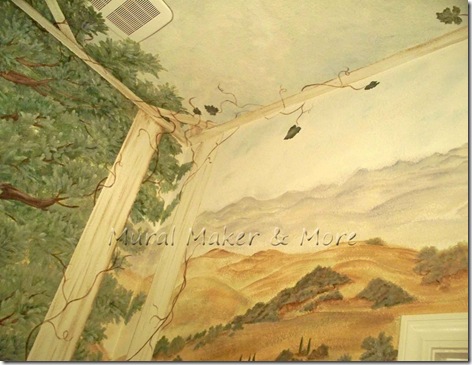 Yeah, I couldn’t have posts just going up to nowhere. So I made little corner trellises that the posts ‘attach’ to. 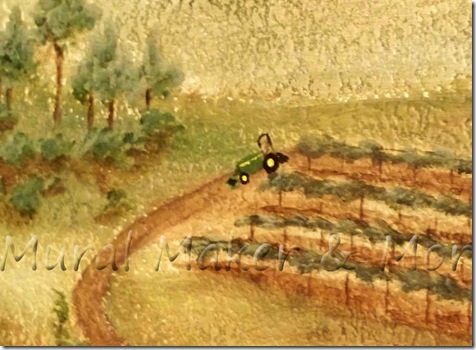 But here’s the piece de resistance of the entire mural – a little, itsy-bitsy John Deere tractor. Mr. Client had just got a brand spankin’ new green machine to groom his vineyards on their property. 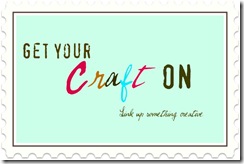