This was ridiculously easy. I’m not kidding.

My girlfriend did one a few years ago and I’d been wanting to try it, but not enough to go out and buy a tomato cage.

Then I saw this hanging out in Mom’s garage.

Nothing is sacred around Christmas.

I’ll use anything to decorate at Christmastime! 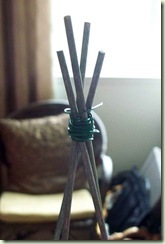 I secured the top with some wire. 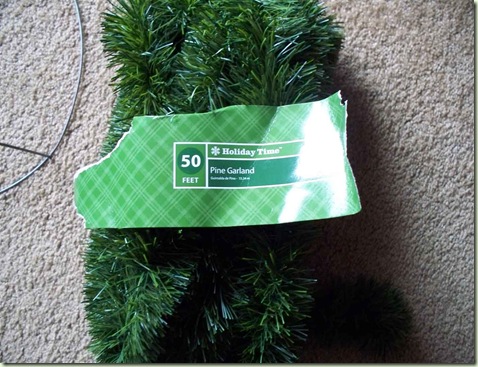 I wanted some regular cheap garland. 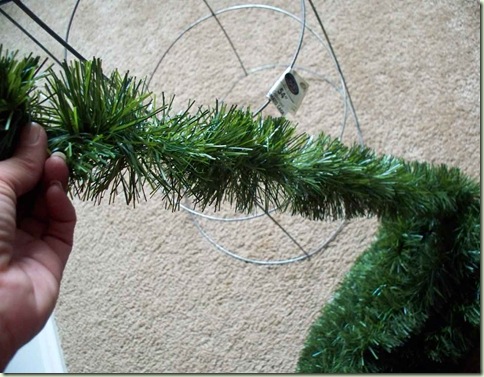 Not ‘tinsel-like’ garland. But Walmart was all out.

Imagine that! Walmart – out of garland! Well, the $2 variety, anyway.

The tinsel stuff actually worked better because it wrapped so easily and didn’t need to be shaped. 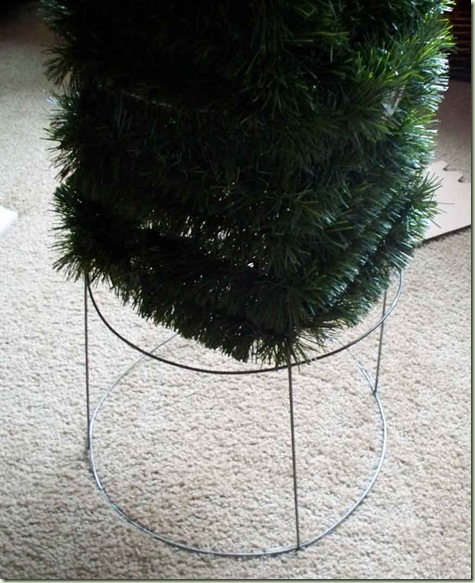 I wanted to snip those bottom two rings.

Just go get some more @ Walmart.

(I may be middle-aged, but I can revert to a whiny 5 year old in a red hot minute.)

Let me try something else. . . 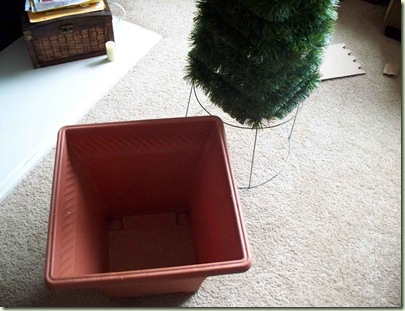 She tells me to go check in the garage. Surely we have some more garland.

I think this is a fool’s errand because I hate tinsel (which she loves) and I’ve thrown out most of her decorations that I don’t like.

Hey! I’m the one who puts them up at her house every year. Surely, there isn’t any tinsel-like garland . . . 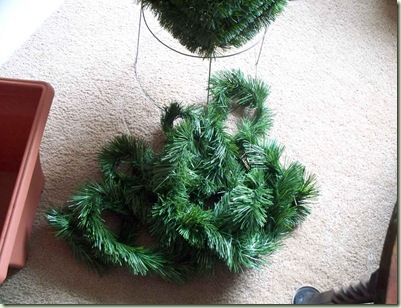 Somehow this survived my dowdy-decoration-dumping. 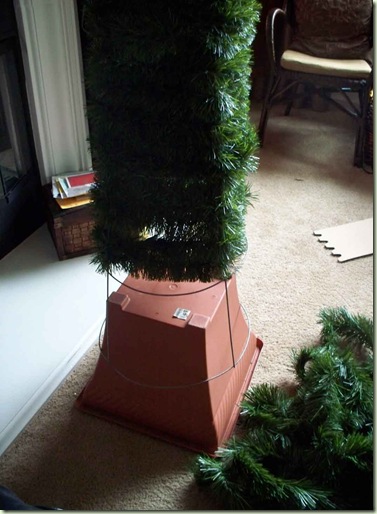 I know . . . I was going to make it shorter and now I actually made the dang thing taller! But it was windy outside and it needed a bit of a base. 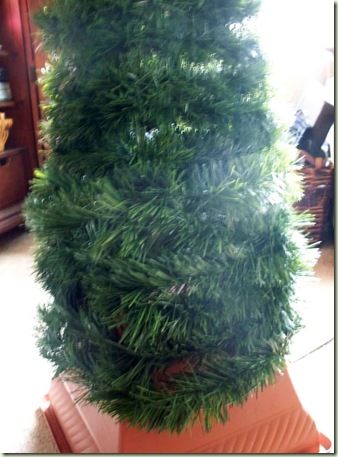 The two garlands didn’t match, but were close enough.

Threw some lights on and that was that! 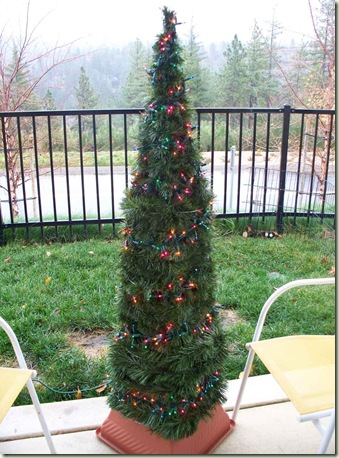 Which setting are you supposed to have the camera on for nighttime again?