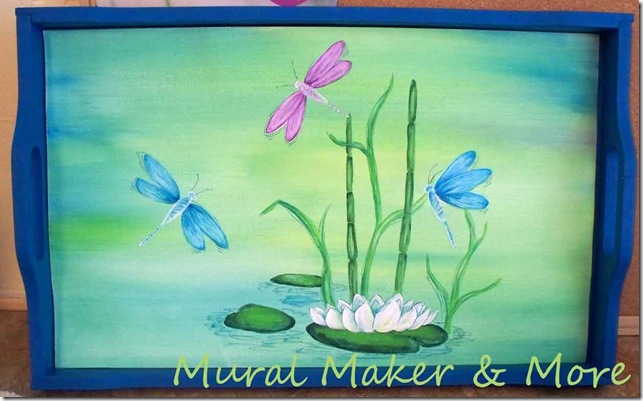 I painted the 2nd tray turquoise and tried to come up with something that would coordinate with the Poppy & Dragonfly.

Why is it that after I’ve completed a project, then I know what I should’ve done in the first place? 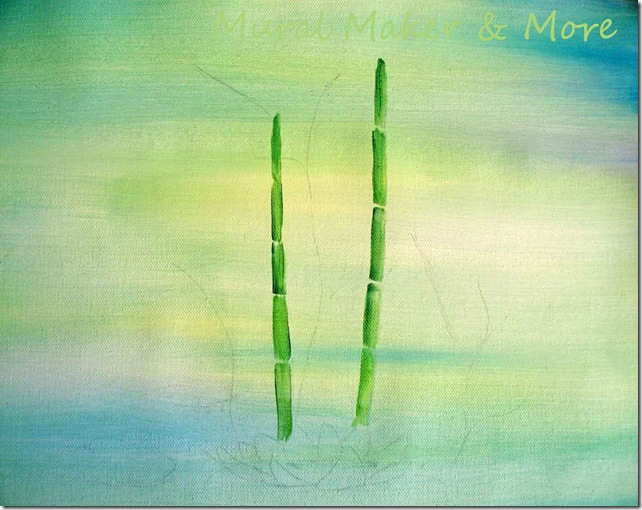 The background were the same colors. Okay. I’m off to a good start. Then I painted a couple of green bamboo stalks with medium green. 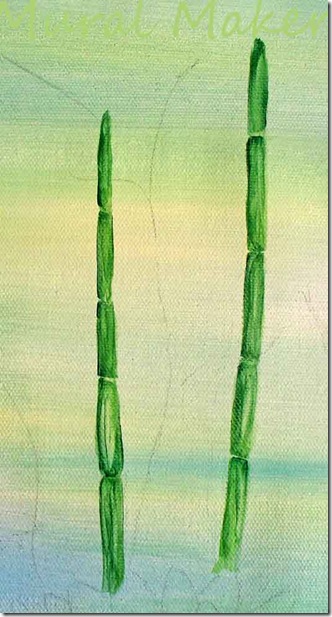 Some more medium green for a little depth. 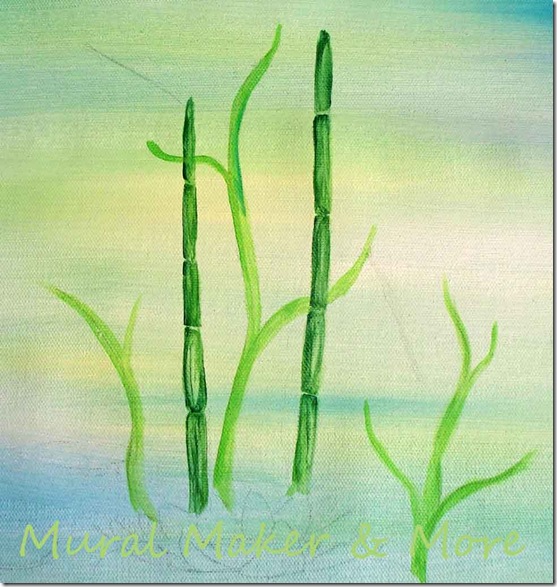 Then some wispy branch-thingies with lime green. 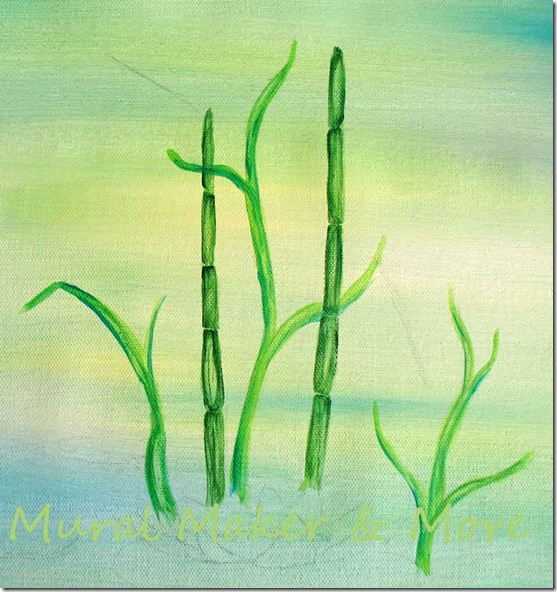 Since I was trying to use all the same colors as on the first tray, I added some turquoise for shading. 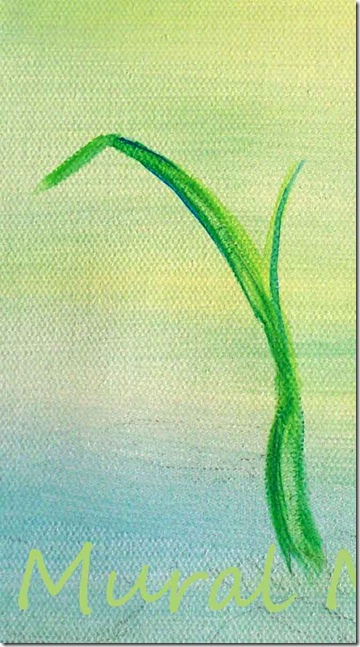 Kinda cool. Different, but I liked it. 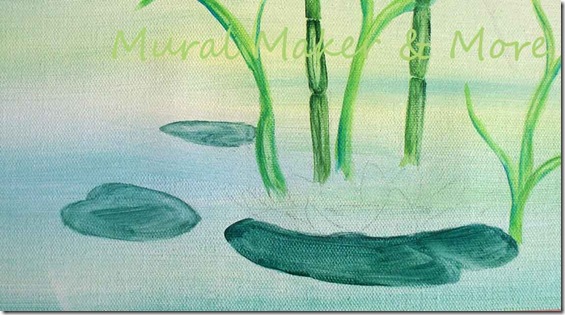 For the lily pads I mixed medium green and turquoise which gave me a dark teal. 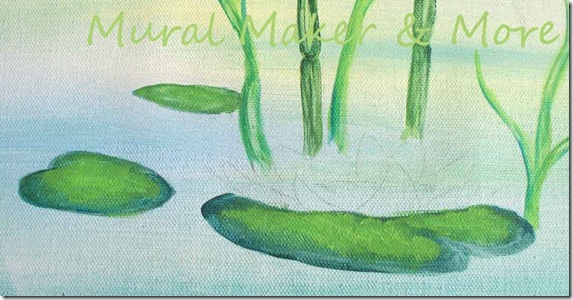 Then I dabbed –literally ‘dabbed’ some lime green to create the ‘top’ of the lily pads.

A little more turquoise + medium green to shade the edges. Then some ripples with turquoise and white. I did a little tutorial on painting ripples here.

I basecoated it in white and thought, “I’ll figure it out later.”

I say that a lot to myself when I’m working. Since the dragonfly on the first tray was white, I figured this was a no-brainer. 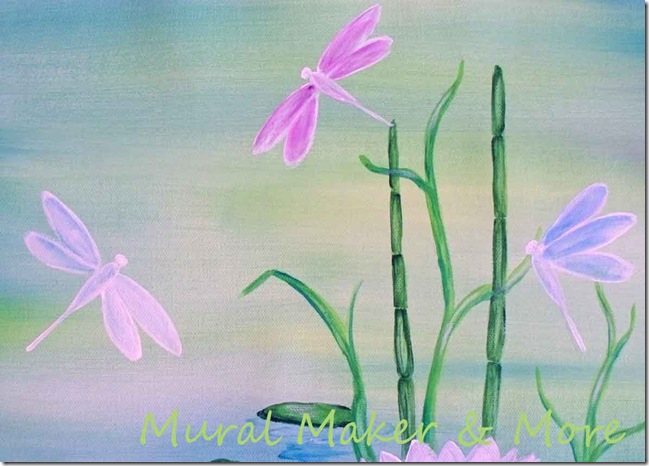 I put a little wash of violet and turquoise on the dragonflies.

But something wasn’t right. 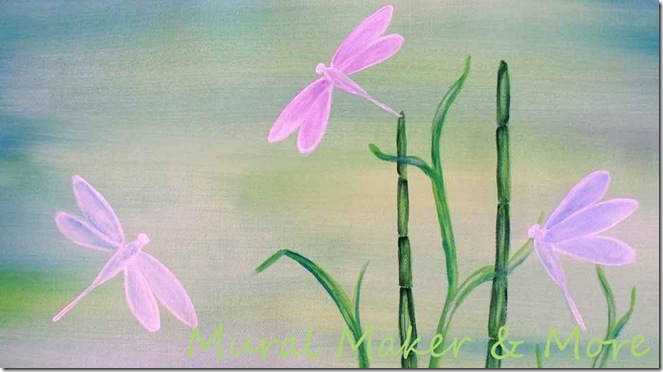 So I added a little white while the violet and turquoise was still wet. Maybe some detailing with Sharpies will work. 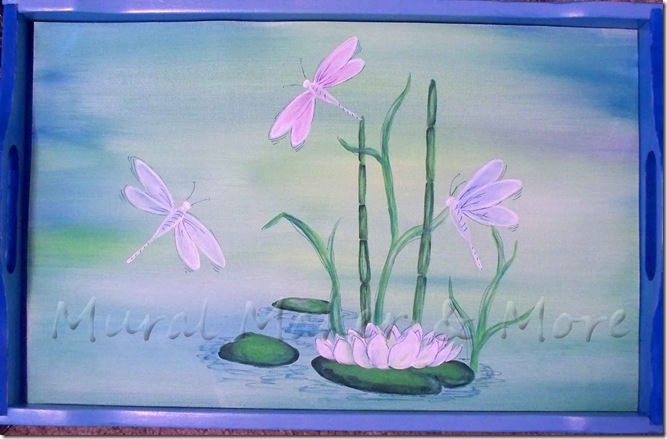 Up close? Not too bad. 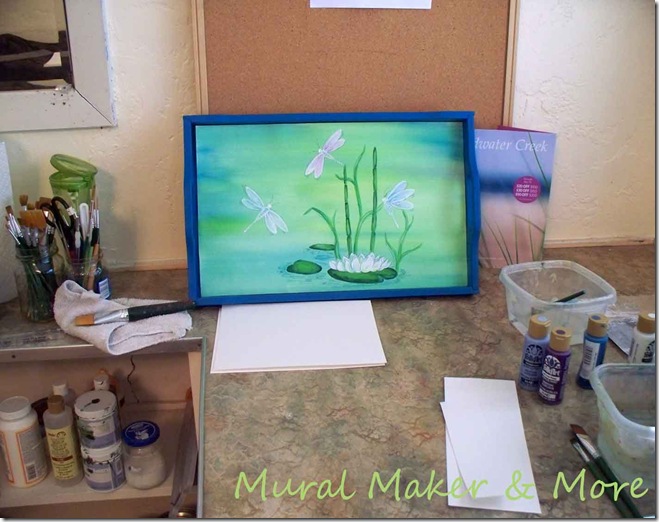 From a distance though? It looks like the painting is unfinished. 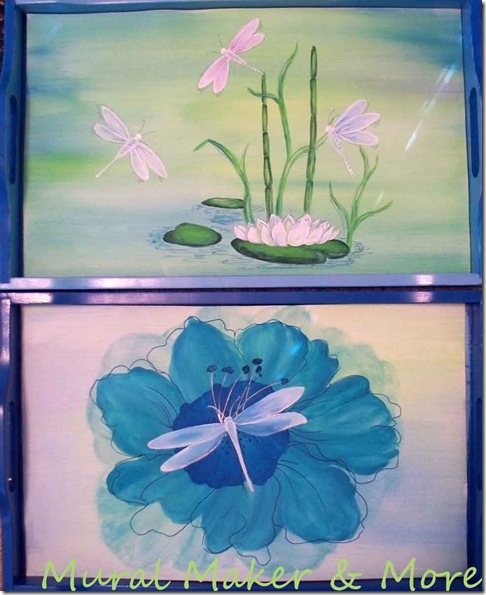 I compared it to the first tray. Nope. Something isn’t right. 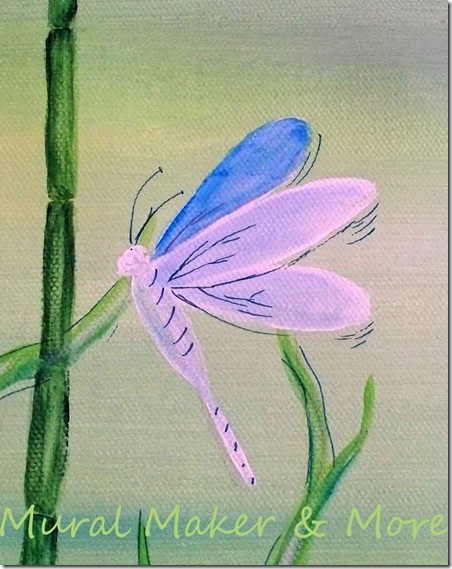 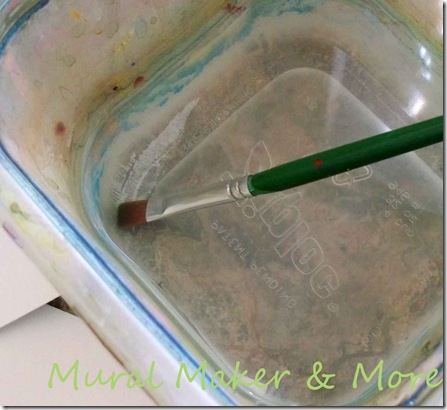 Rinsed the paintbrush with water. . . 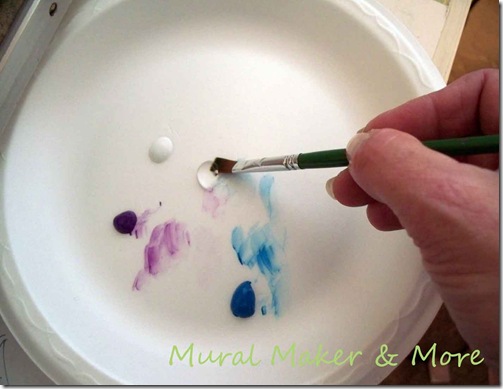 picked up some floating medium on the clean brush . . . 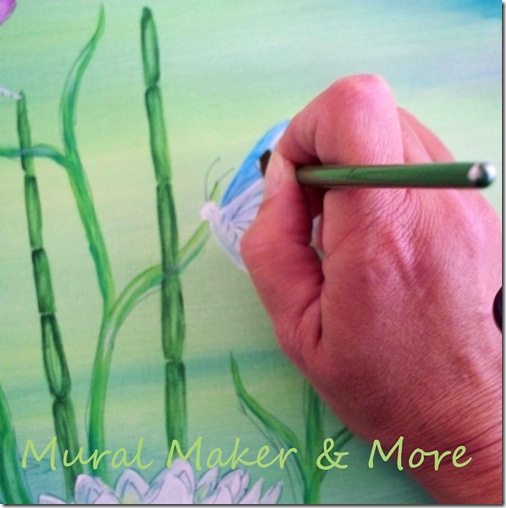 and took OFF a little turquoise. . . 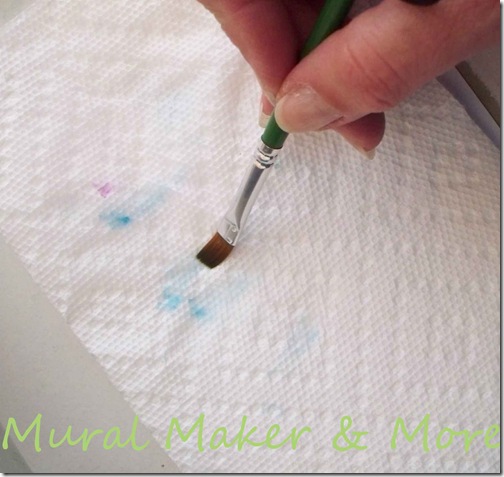 wiping the turquoise off after each stroke . . . 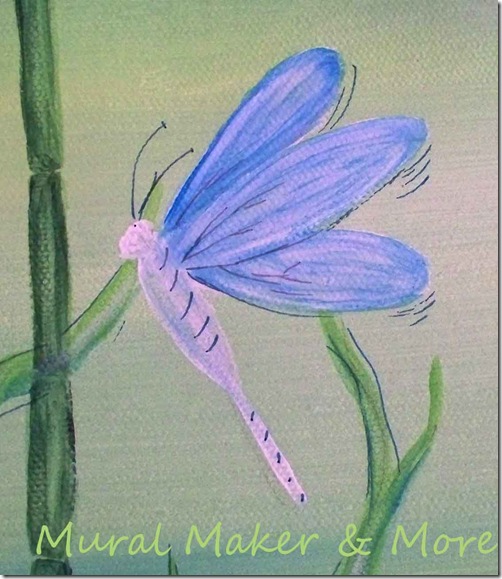 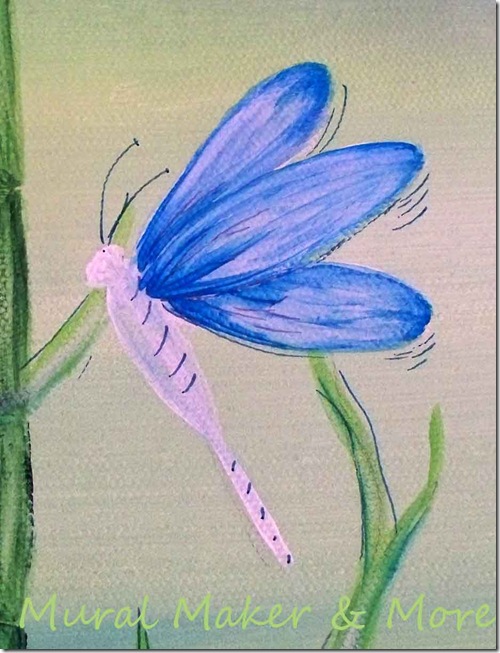 Then I added some more turquoise to the inside and outer edge of each wing. 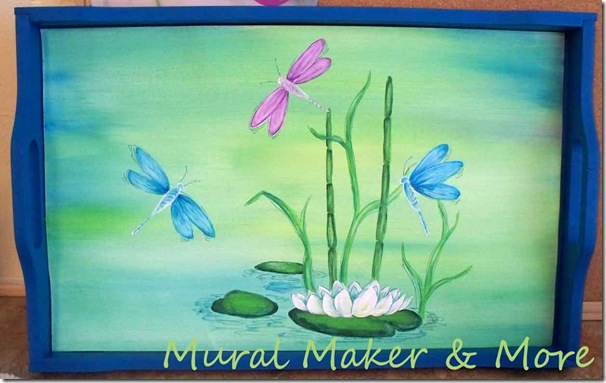 And called it quits!

I’m happy with it, even though it doesn’t ‘match’ the first tray.

But – it’s just a piece of canvas that can be exchanged for another one any time I want. Which is why I painted on canvas and not the wood tray the first place!

Have you done anything recently that you wish you could ‘do-over’?