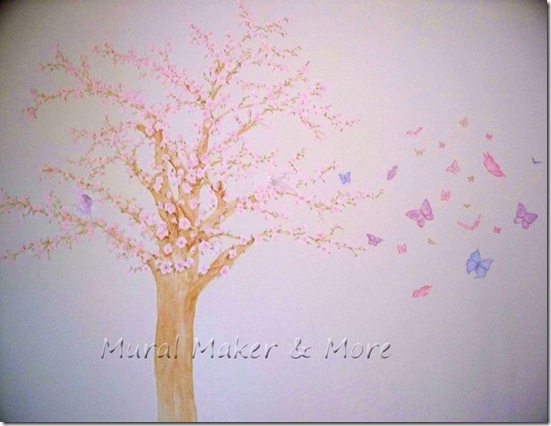 And that’s the term the mommy used – Enchanted Garden. Very soft, pale pink & taupe to match the bedding fabric along with some light blues and lavenders.

I painted Sunday, yesterday and this morning, and other than a few hiccups, things went really well.

I have to apologize for the lighting in the photos. The room doesn’t have much natural light so I had a ceiling light and one desk lamp. I sharpened some of the pics a bit much, just so you could see the detail. 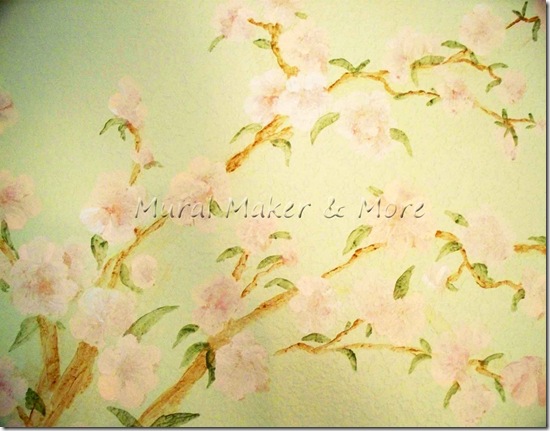 The cherry blossoms are actually very pale and light, as are the branches. 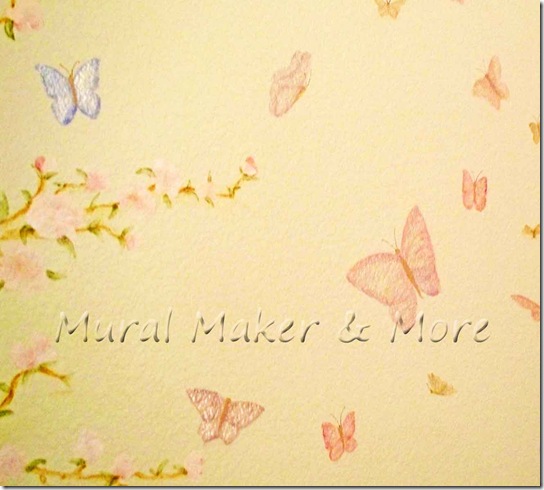 The butterflies in this photo have a pearl glaze. This morning I painted over the pearl. I’ll write more about the pearl and glitter in another post.

Let’s just say – it sounded like a good idea at the time. 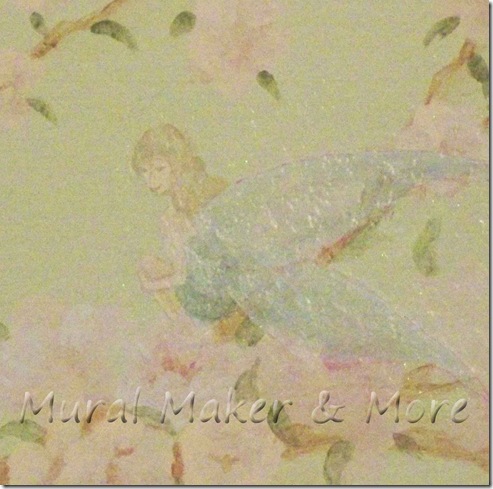 I already posted my issues with painting fairies, so I’ll just ‘introduce’ you to the girls tonight.

This fairy is perched on a cherry blossom branch. She’s the only blonde in the group. 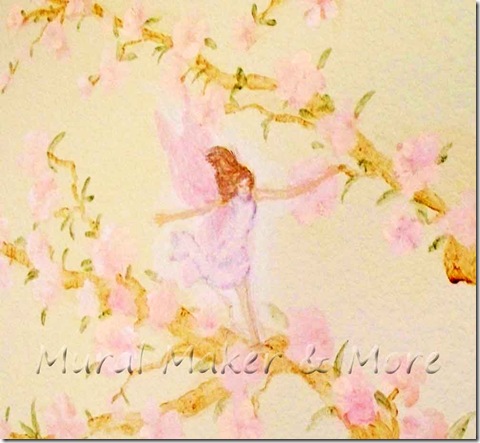 Okay – I’ve fixed this little gal since this photo and I forgot to take an ‘after’ shot. This is why I need to write an entire post on glitter [ugh] and pearl glazes. 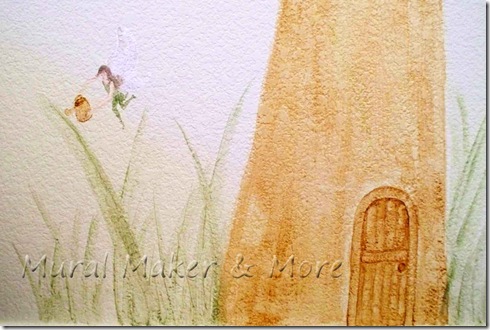 A teeny tiny brunette fairy waters the grass around the tree trunk.

Don’t you love the door in the tree? Not my idea, but I thought it was cute and was happy to paint it. 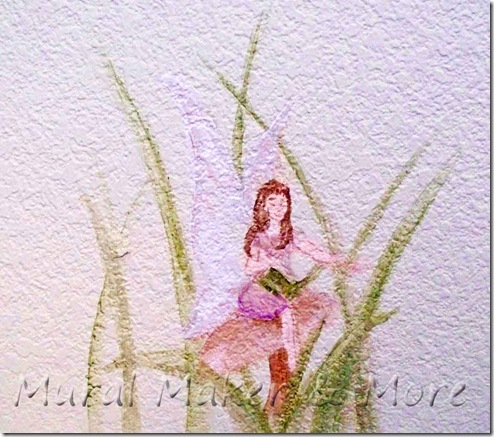 This raven-haired fairy sits atop a mushroom, reading her favorite book. She’s painted above the baseboard and below the window.

When the room is fully furnished, I’ll go back to take better photos. 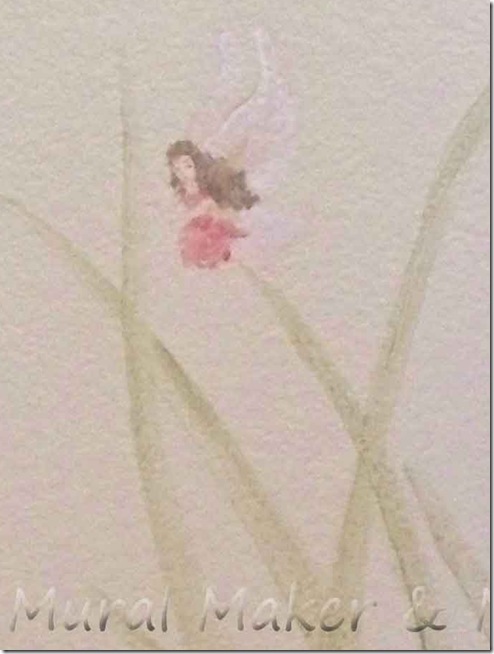 One more little gal is floating next to the closet doors.

I felt a little challenged by all the dark hair, just because we were keeping everything so pale and light. But I gotta tell say – Yay for brunette fairies!

On the other side of the closet door are some climbing roses. 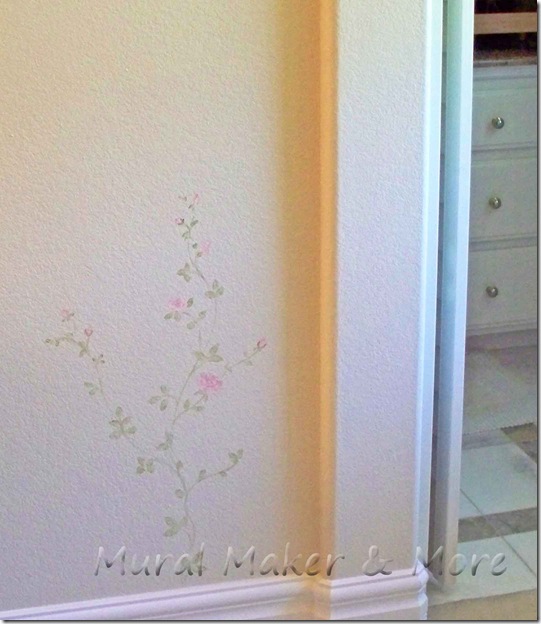 And again, right next to the en suite bath.

I know – an attached bath in a nursery! But this was the guest room before ‘l’il sister’ decided to join the family. 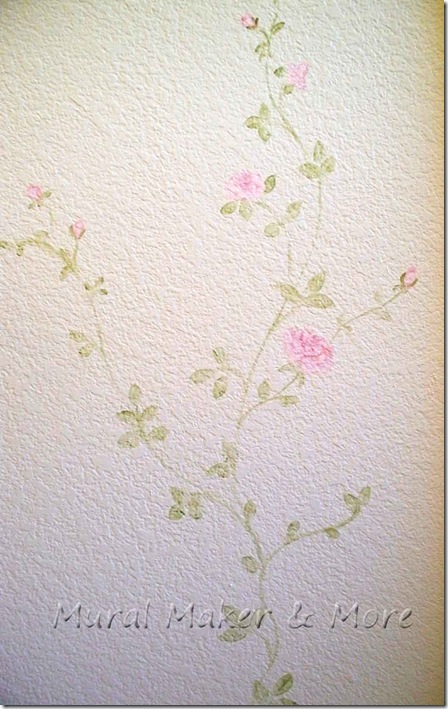 With all the fuss over l’il sister’s room, big brother decided he needed a few additions to his safari mural. 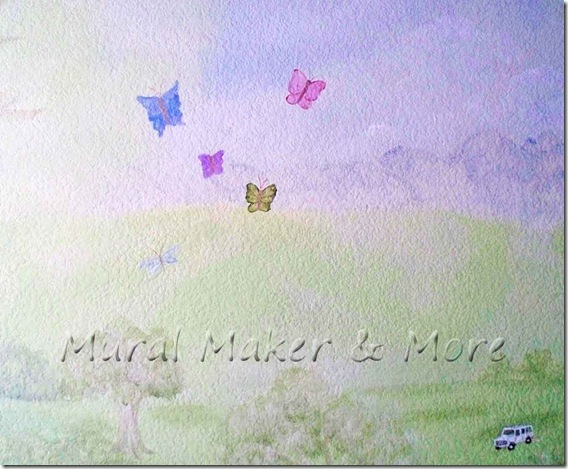 Four butterflies. I believe it was a pink one for Mommy, a lavender one for l’il sister, green for Daddy, and blue for big brother.

I think I got that right.

Four butterflies and a beetle. 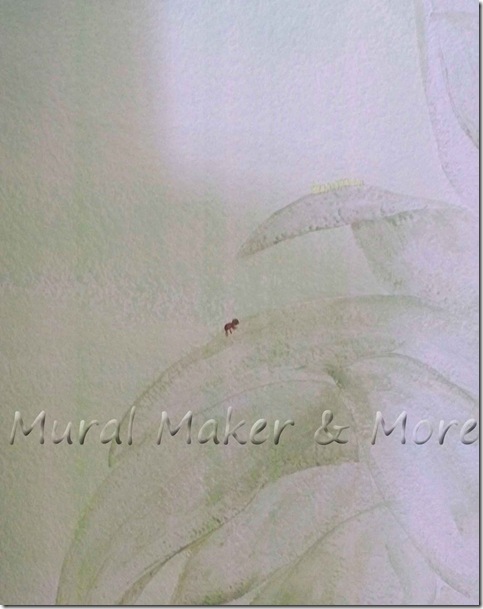 Not just any bug. A beetle. That was made very clear by big brother. 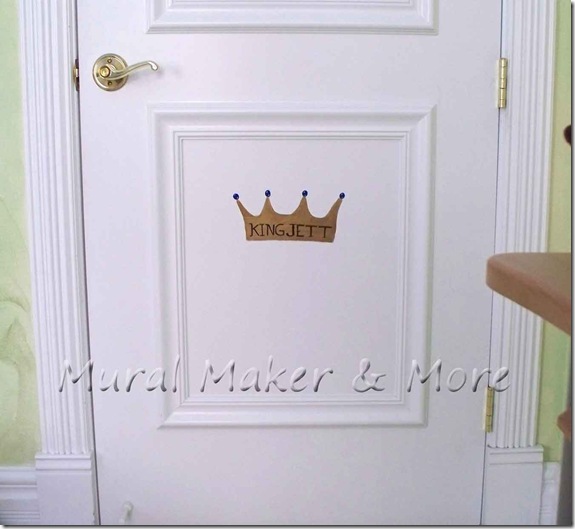 Who proclaimed that big brothers who have to endure a bunch of fuss in the room across the hall for someone who hasn’t even been born yet deserve to have a gold crown painted on their bedroom door.

Ok. Maybe not in so many words. But the crown was a necessity, believe me. 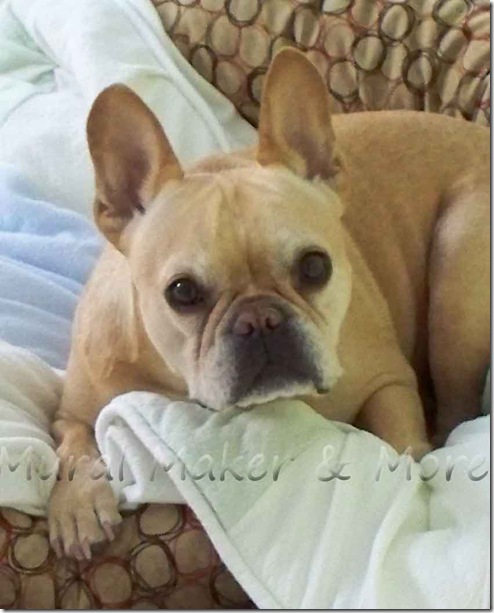 The ‘other’ big brother (who was a great friend and companion for 2-1/2 days)? He was cool just to have his portrait hanging up. 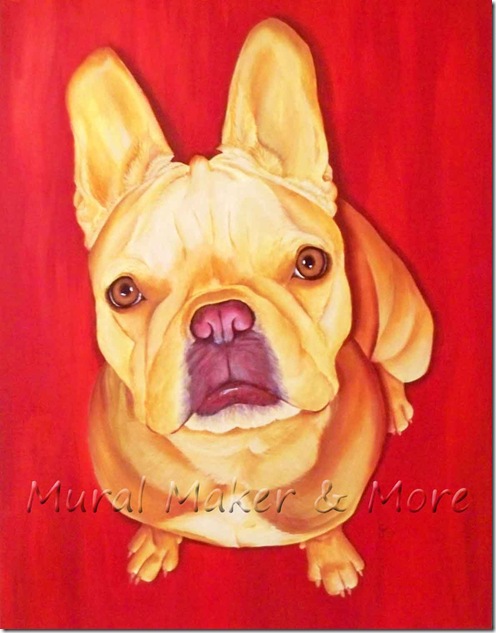