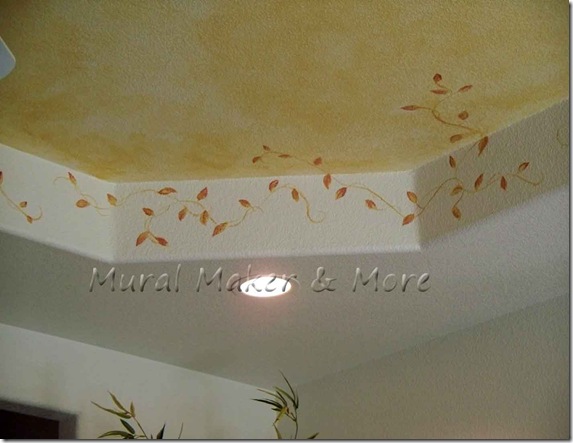 Forget about step aerobics, which I happen to take three times a week.

And those panties with butt pad inserts? You don’t need those either.

I’ve got the surefire way to build and tone your butt – paint a tray ceiling. 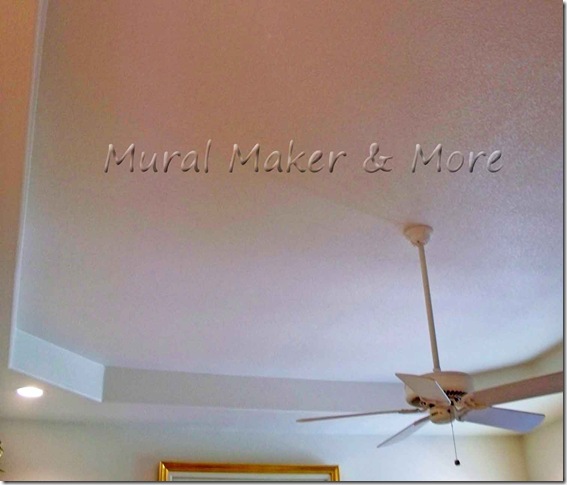 You know, the ceilings that have insets that are screaming to be painted.

At least in my mind they’re screaming. Which might explain a lot – screaming ceilings? – um, we’ll deal with that later.

And this post is about booties uh, painting tray ceilings. 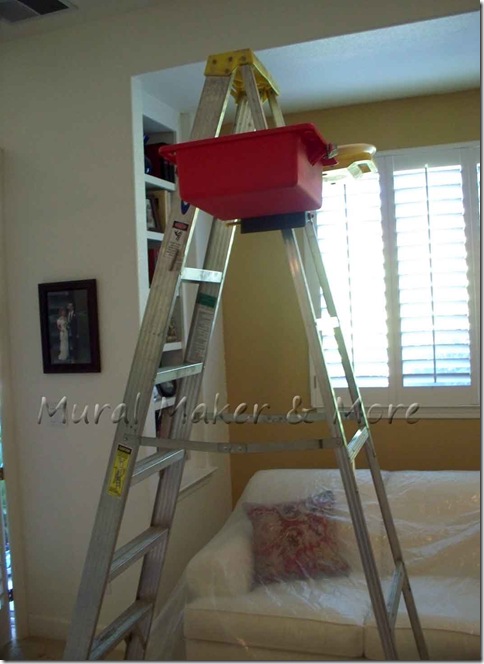 Not the red caddy-thing that the hubs bought me to save on the up-and-down action. Which is weird, now that I think of it. Because –

a. He actually likes up-and-down action in certain activities, and

b. He’d like my booty to be a little more ‘licious’.

No, the caddy actually cuts down on the booty shaping. 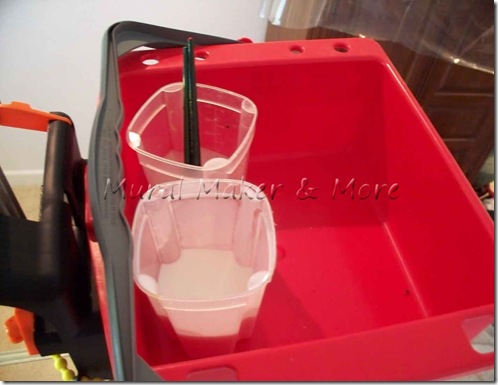 Surely, this must be true. Although I haven’t personally seen evidence of it.

And neither has Hubs.

But if it isn’t true, why on earth else would anyone climb up and down a ladder, repeatedly, over and over again, multiple times, up and down and up and down, to paint . . . 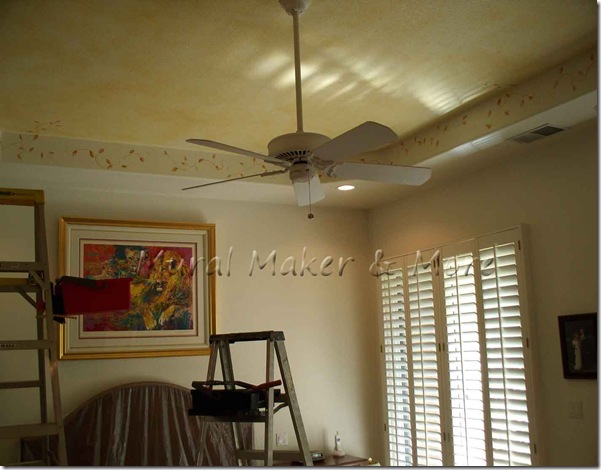 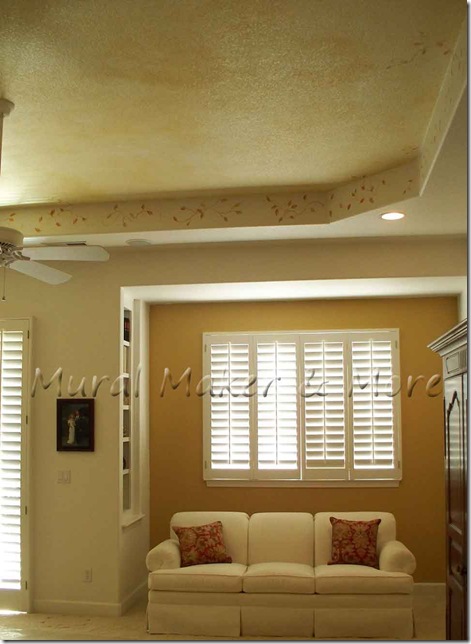 And go back again for a 2nd day of torture butt-building?

By tomorrow morning I figure I’ll be ready to call J-Lo and telling her there’s a new, old, booty in town.

Maybe not. She’s got a lot on her plate right now and doesn’t need to worry about a butt competition with a 53 year old grandmother.

That’s it. I’m stepping off my soapbox and saving it for the ladder.

(Someone needs to hide my computer when I’m tired because there’s no tellin’ what comes out of my mouth fingers mind.)

p.s. In case I gave you the impression that I painted the entire tray with the color wash, that was courtesy of Hubs. I only painted the leaves and vines. They would’ve carted me off on a gurney if I had to paint the wash too.