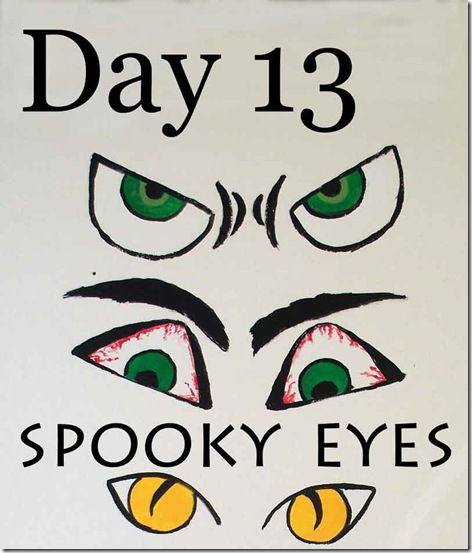 Hey! How are ya? Thanks for dropping by today. It’s Day 13 of my 31 Days of Easy Holiday Paint Projects and the last Halloween paint project. Unless you just like creepy decorations in your house year ‘round.

I’m not one to judge.

If you missed any, here are the Halloween paint projects:

Today’s Spooky Eyes are so easy I just wrote the tips in parentheses for ya.

I got the Spooky Eyes on a Mirror idea from Martha Stewart’s website. I’m a huge fan of Martha Stewart now. That may seem like I haven’t always been a fan of hers, which isn’t totally accurate.

Back when Martha was first hitting her national celebrity, I was a floral/display designer in a craft store and had a bit of a love/hate relationship with her. 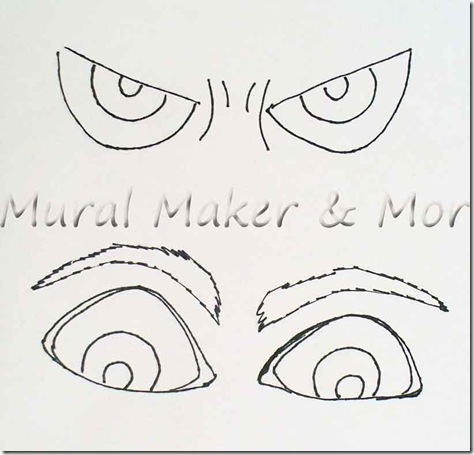 I loved that her show, books and new magazine was bringing a lot of attention to the DIY/craft industry.

I hated when customers would come in searching for a particular flower stem that we didn’t happen to carry and say, “But that’s what MARTHA used!” Try as I might to explain that any stem of orangish berries would substitute for bittersweet, the customer just wouldn’t be happy if we didn’t have exactly the same product as Martha used on her show or in her magazine. 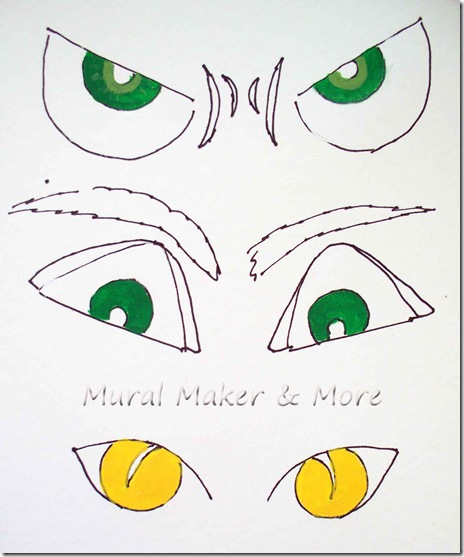 It soon got to where any time a customer would even mention Martha’s name, we’d all groan. 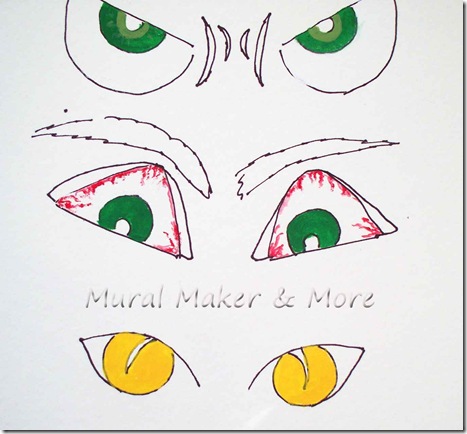 [add some red detail if you want]

As the years passed though, things changed. Customers learned they could substitute some of the craft items and still get a nice result. Martha got a little more ‘real’ with her tutorials. 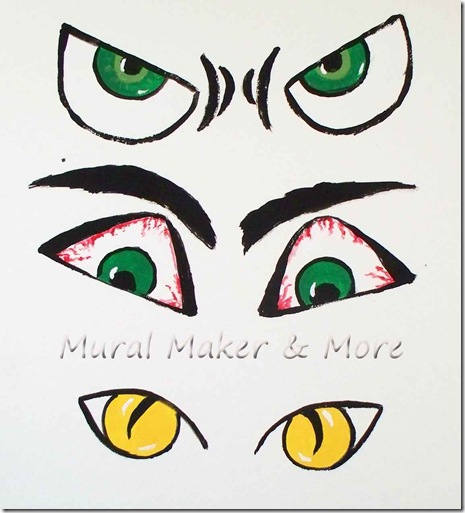 I’ll refrain from sharing my take on when she got ‘real’. (hint: when she became a ‘free’ woman) 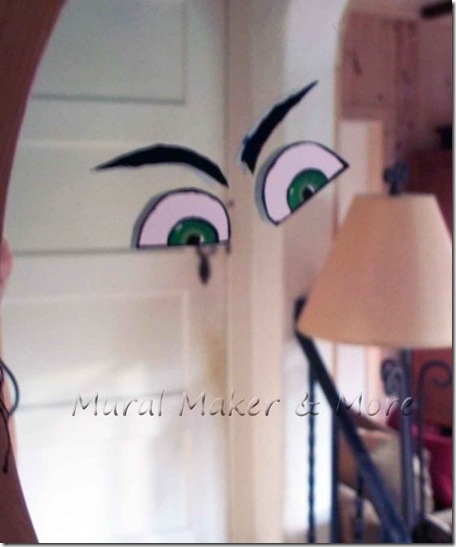 Let’s just say Martha has become a force in the last few years. She’s in nearly every marketplace out there. She’s in every form of media.

So, yes, she has a humongous staff and an incredibly creative one, at that. 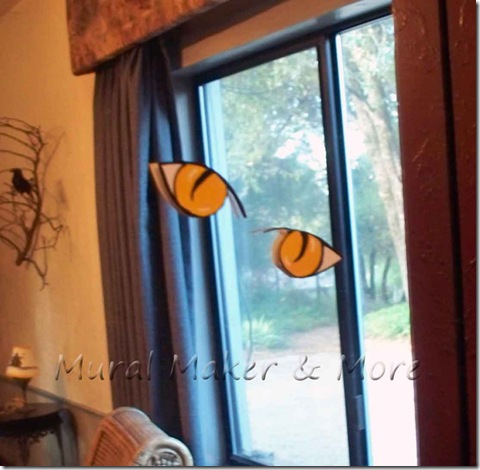 Nowadays when I steal do a knock-off of Martha’s I don’t know whose idea it actually was. And I don’t care. 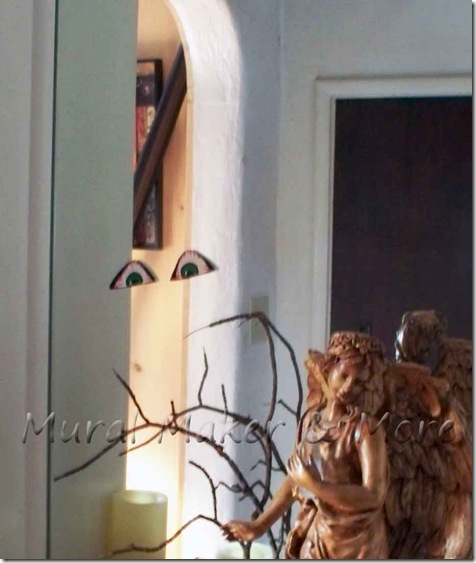 For me, MarthaStewart.com is the ‘Google’ for creative ideas. 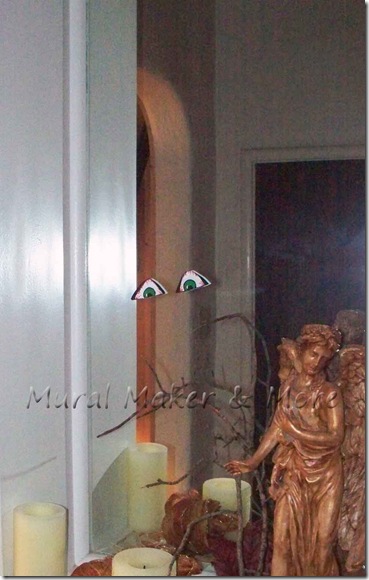 Like some simply spooky eye cut-outs stuck on a mirror. 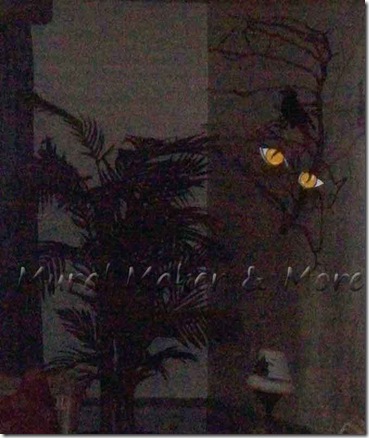 And don’t get me started on her new decorative paint line, which I absolutely love.

So, yeah, Martha is the the Queen of creativity in my book, as well as marketing. But that’s be a whole nuther post.

Meanwhile, I’ll be working on a few Thanksgiving projects, and tons of Christmas. And probably snagging a few of Martha’s ideas as I do.

Have you ever tried one of her projects or recipes? Do you watch The Martha Stewart Show? Who’s your favorite crafty DIY personality?

Linking up here with some other crafty peeps. 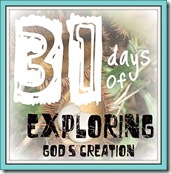