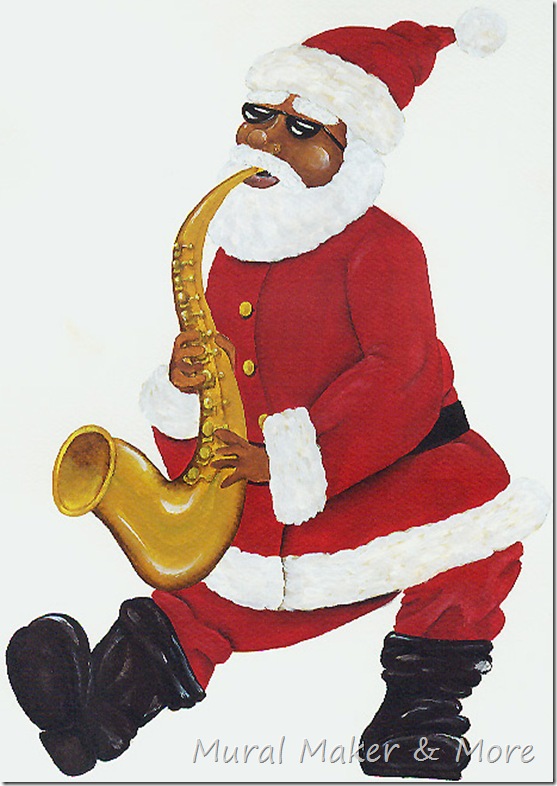 For years I’ve been collecting African-American Santa Clauses. Or, at least I’ve tried. They are a little few and far between in the suburbs in Northern California.

Nevertheless, it has been important to me ever since my stepsons moved in 20 years ago. Last year, I wrote a post about our 1st family Christmas and why Santa comes in different colors in our house. 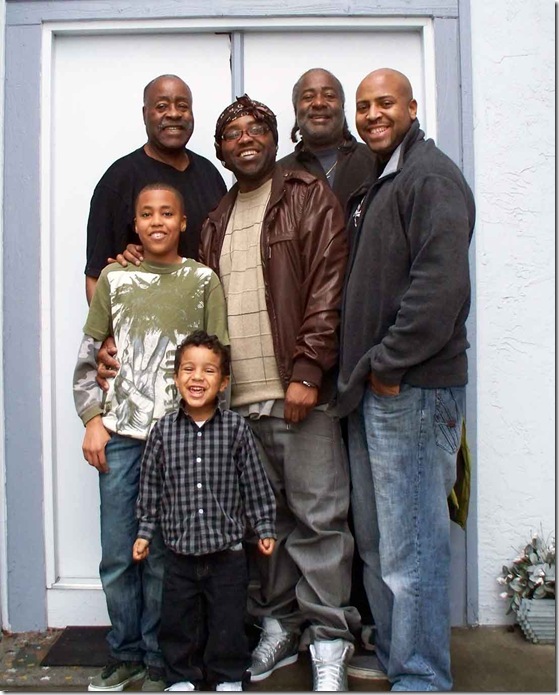 I’ve done a few paintings of african-american Santas, but they’re just sitting in a box somewhere. Now that Grandson is 4 years old, it’s important to me that he sees holiday images that look like his family.

So when I was on my weekly trip dropped by the thrift store Friday, I saw loads and loads of Santa figurines. For like a buck a piece! 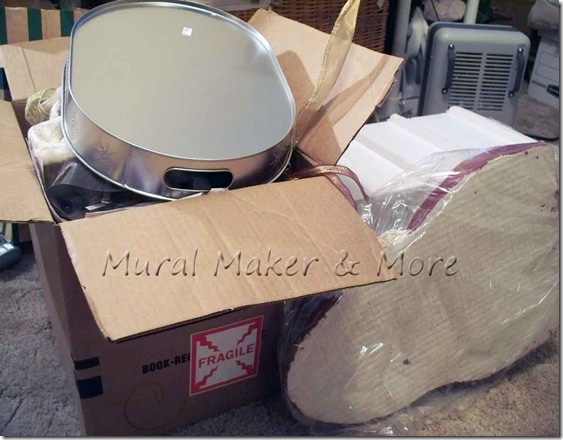 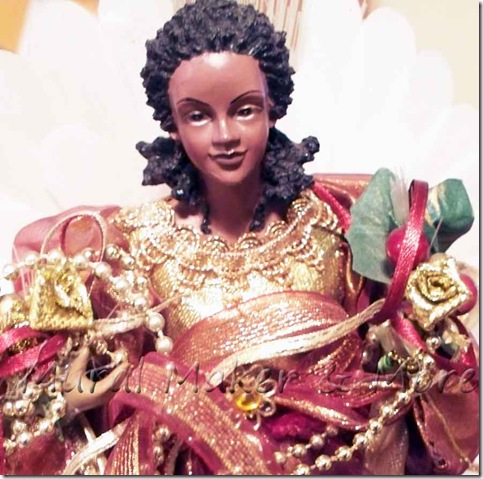 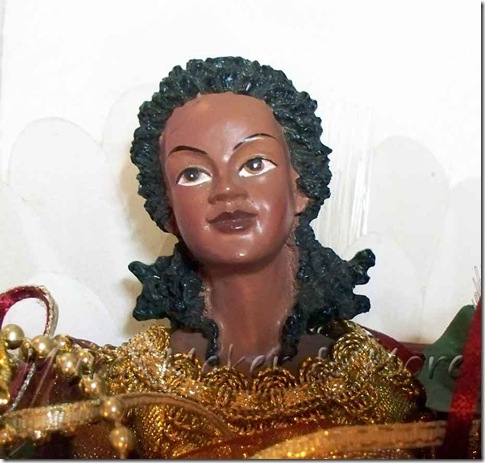 I grabbed a few Santas and a couple of elves to see if I could do any better. 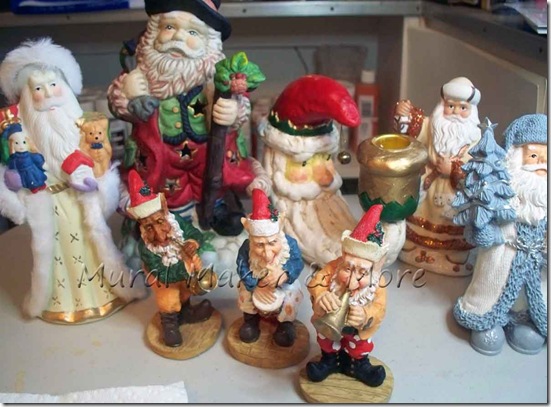 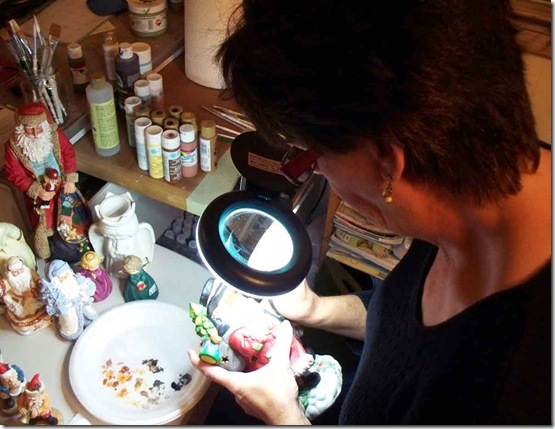 After a thorough cleaning, I got out my Martha Stewart multi-surface paints and got to work. I gotta admit, I wasn’t prepared for how tiny a lot of the little faces are. Or how many layers, and layers, and layers it would take to get a decent coloration. 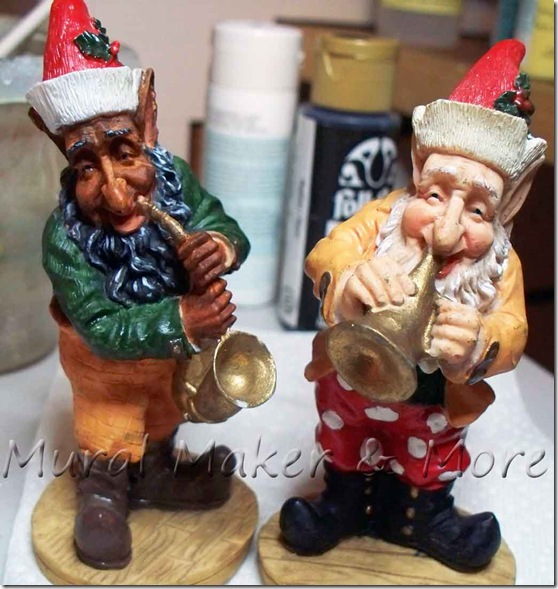 Ok, so elves that are little old men is a bit weird, but I thought they were kinda cute.

In their own bizarre way. 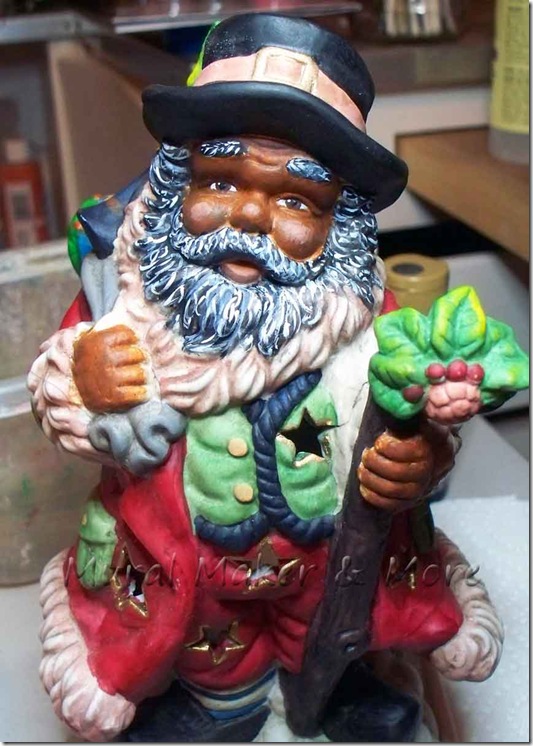 At first I thought I’d just repaint the faces and hands. But then I had to do the hair. And eyes.

Did you know that every white Santa I bought has blue eyes?

I just might wind up painting some of the coats too but I’ll have to see how long it takes me to paint all the faces.

Did I mention I picked up a ‘few’ angels too? Yeah, something to do in my ‘spare time’. Ha! But it’ll be worth it, I think.

This weekend Grandson was playing a computer sports game. You know, one where you pick the avatar’s features. Every single time he chose black hair and dark skin. I asked him why he chose the dark skin and not medium skin (like his own). 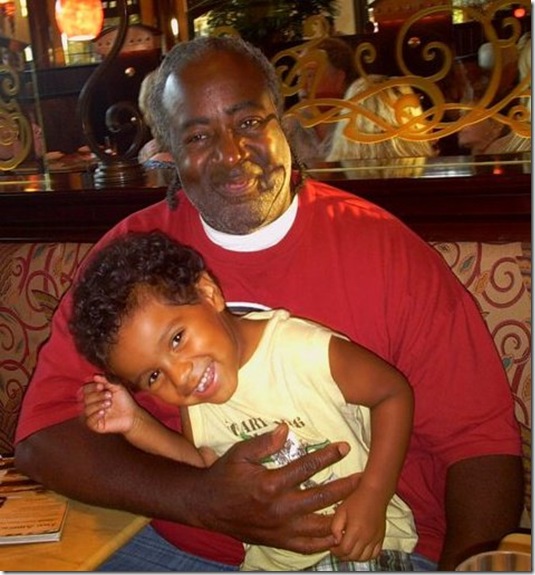 I mean, when I see a little face like that who so loves the face of his grandpa holding him, how could I not make time so Santa Claus reflects his family?