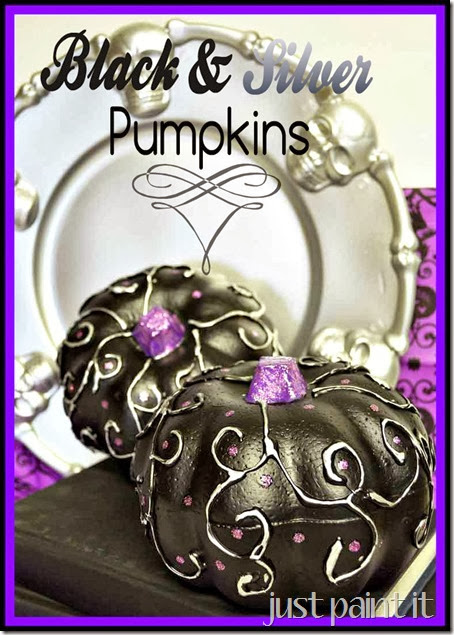 I’ve heard that there are people out there who know exactly what they’re going to do when they start a project.

They know what supplies they need too. 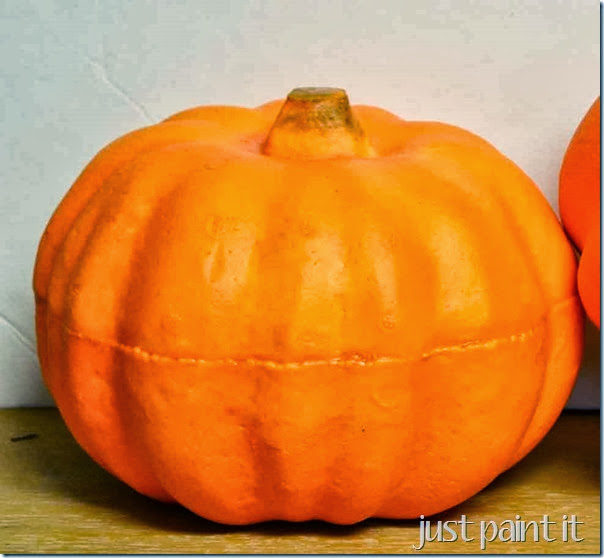 Take these orange pumpkins you can find at dollar stores now.

And craft stores too, for that matter. They just cost more than a buck.

There are people out there who buy these pumpkins, knowing precisely how they’re going to decorate them. 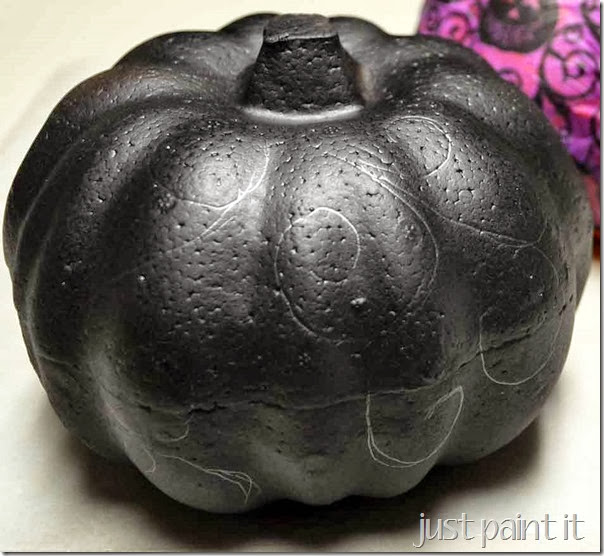 Maybe even black, since black is the new “in” color for Halloween.

I’m not that old.

I heard it on Rowan & Martin’s Laugh In. 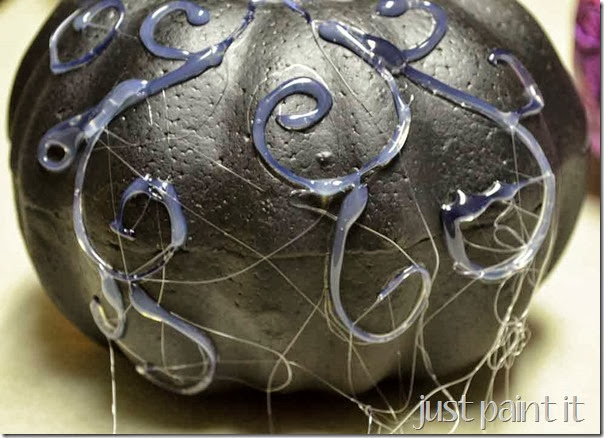 I’ve heard that people do craft projects that they know they can do.

They aren’t the kind that would grab a glue gun and attempt to fashion a circular scroll.

On a round surface.

They probably don’t get their fingers caught in all of the glue ‘webs’ either.

Of course, if they did grab their glue gun, they’d make sure it was a low temp because they’ve learned that high temp will burn the youknowwhat out of their fingers. 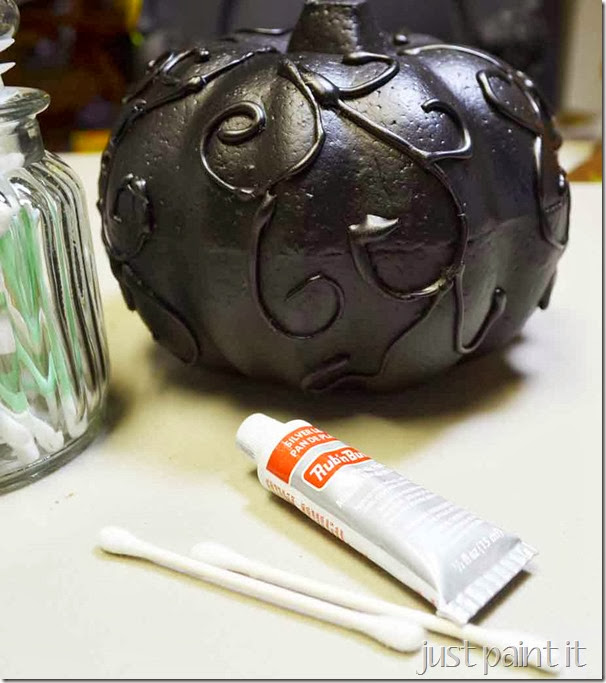 These people, the ones who know what they are doing, have a plan.

They don’t just drizzle hot glue on a round pumpkin with no idea how they were going to color the glue drizzles until they remembered the silver Rub ‘n Buff they bought the last time they were at Michael’s. 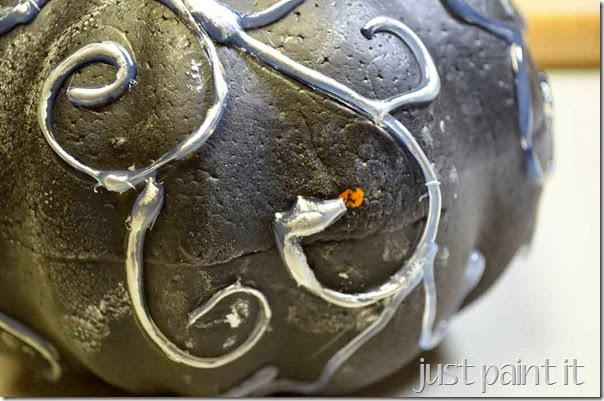 And even though they’d used Rub ‘n Buff for years with their fingers, they’d know that if they used their finger on the glue drizzles on the round pumpkin, chances are some of the silver would get on the pumpkin.

Then they wouldn’t have to rub so hard that the black paint would come off so the orange would show through. 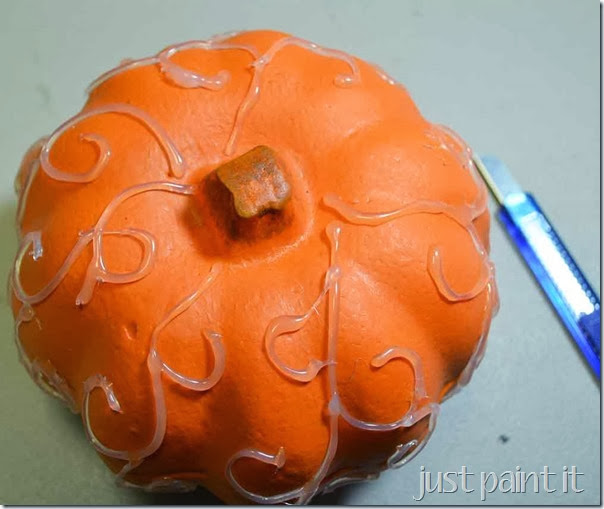 No, those people who have a plan would know to drizzle the glue onto the pumpkin before they spraypainted it black. 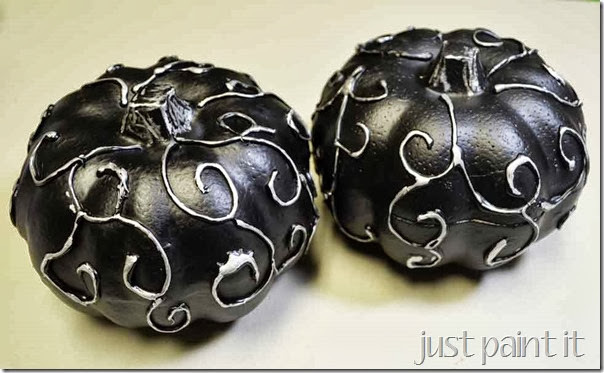 They’d know to use a cotton swab to apply the silver Rub ‘n Buff to the scrolls. 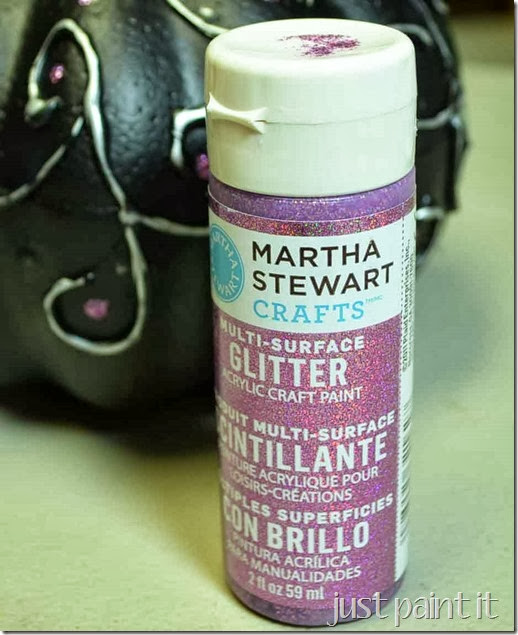 They’d also know that the black and silver was nice . . .

but everything is nicer with a bit of glitter. 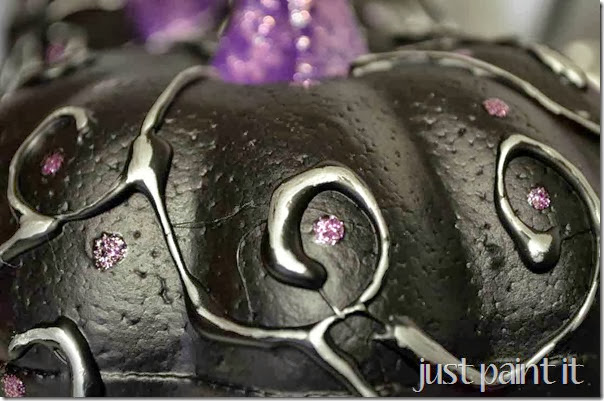 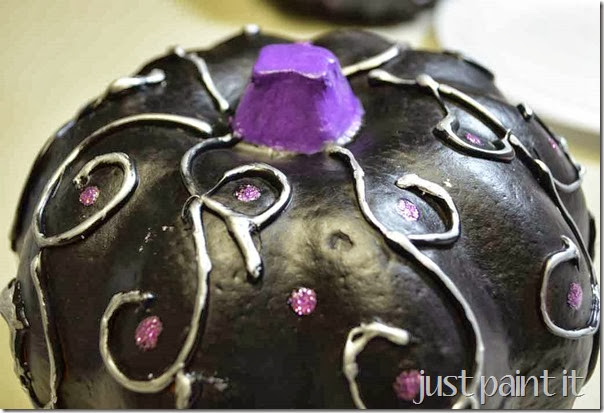 Those same people would’ve known that the purple glitter dots wouldn’t be quite enough so they would know to have some purple paint for the stem.

They wouldn’t have tried to paint the stem with just glitter paint first . . .

and have a funny-lookin’ black stem with a random sparkle here and there. 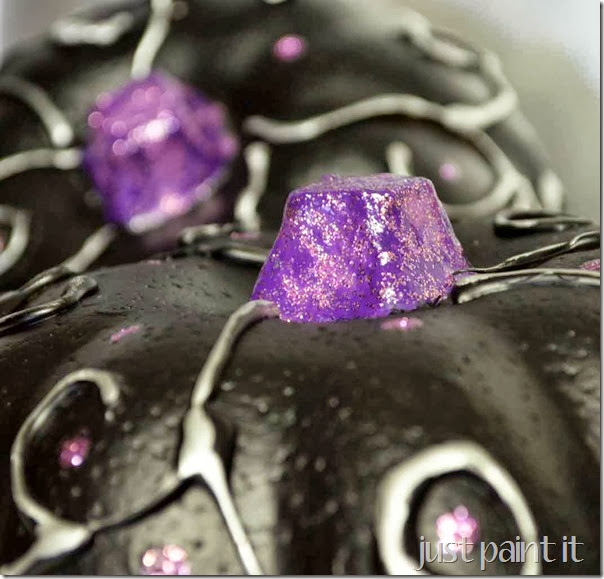 No, they would’ve known that the glitter paint shows up so much better when painted over a coordinating opaque color. 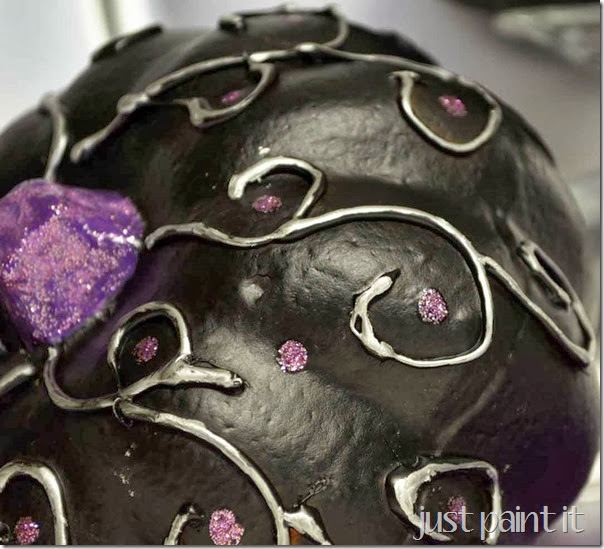 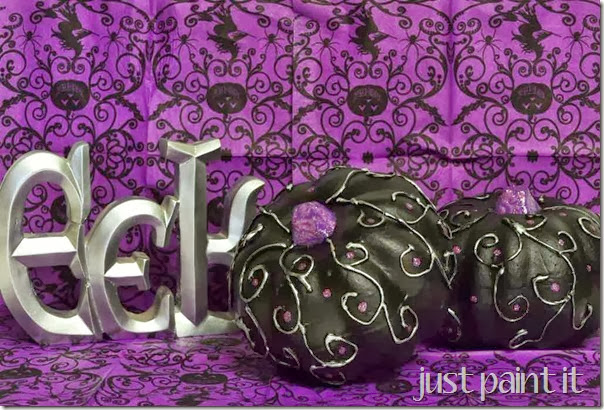 Those people, the ones who gather their supplies, follow directions, and patiently go step by step, they’d know what the finished pumpkin would look like.

They wouldn’t act surprised, do a little Happy Dance, and maybe jump up and down. 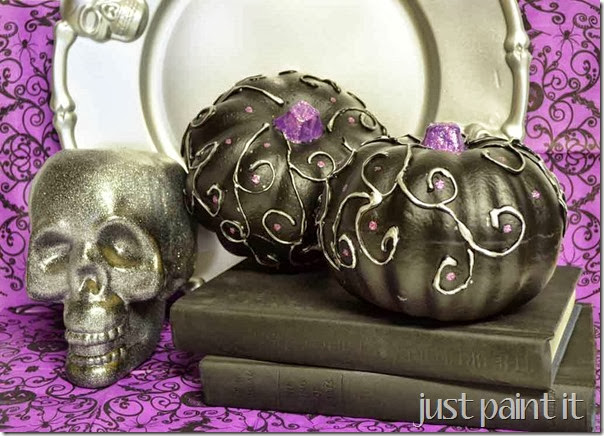 I doubt I’ll ever be one of those people. And, it’s true, a lot of my projects wind up in a box somewhere, waiting for me to either fix them . . .

But that makes the ones that turn out, that unexpectedly turn out okay, that makes those projects oh-so rewarding.

I wouldn’t have it any other way.

How about you? Are you a planner? Do you follow instructions, line by line? Or do you ‘feel’ you way through it, never knowing what the end result will look like?