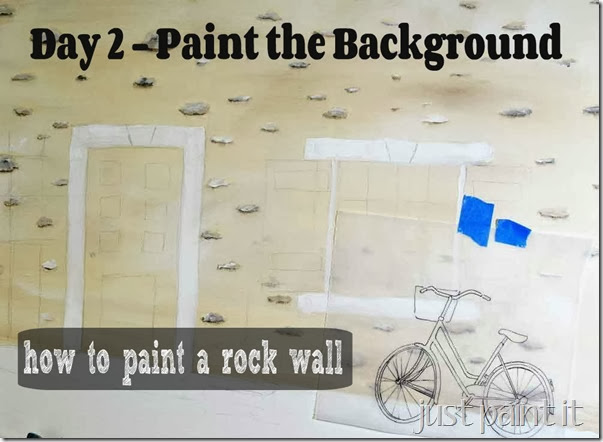 No sooner than I posted Take a Trip With Me This Week then all of the self-doubts started creeping in . . .

can I actually edit photos and write a post each day?

will this painting actually turn out or will I have to scratch it and start all over?

maybe nobody will actually notice?

Apparently you noticed. And some of you even thought it was a good idea, to see a painting day-by-day, step-by-step, without knowing if it will actually turn out or not. So here I am on Day 2. Not without a few hiccups though. The first being, this is the second time I’ve written this post. The first one is gone . . . into the internet ethers . . . sigh. It happens. There were a few other . . . issues too. So, in full disclosure, here we go. 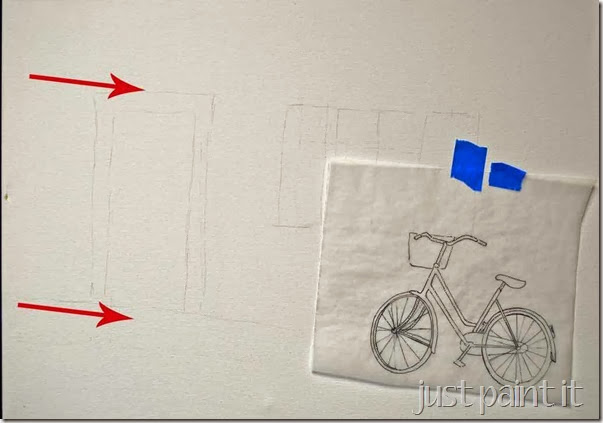 I wanted the building to be on a slight angle. I have no idea why. Just because. Without thinking, I sketched the door and window at the same angle as the road. Hiccup #1. (You’ll see why in a minute.) Moving on . . . 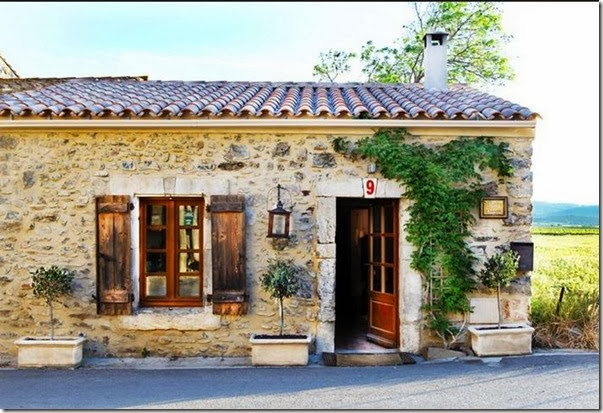 This is my inspiration photo. Isn’t it fabulous? I love this little french cottage and wish I could peek inside. For now I’ll be happy with the fabulous rock wall. Only I didn’t want as many stones in my painting. Mainly because I just didn’t want to spend that much time on the background that is the background not the star of the show. Full disclosure and all of that. 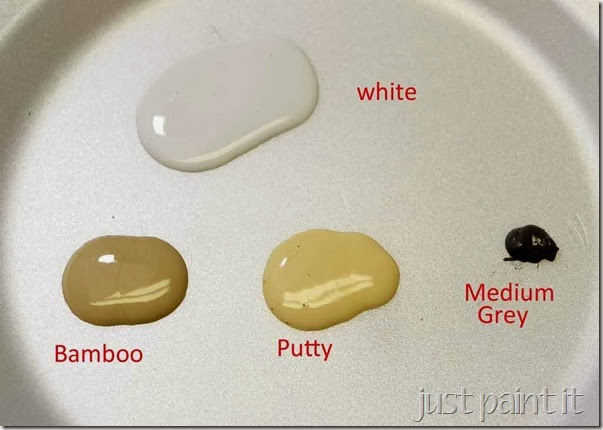 I poured four colors onto my palette (foam plate) – white, Bamboo, Putty and Medium Grey, all by FolkArt. 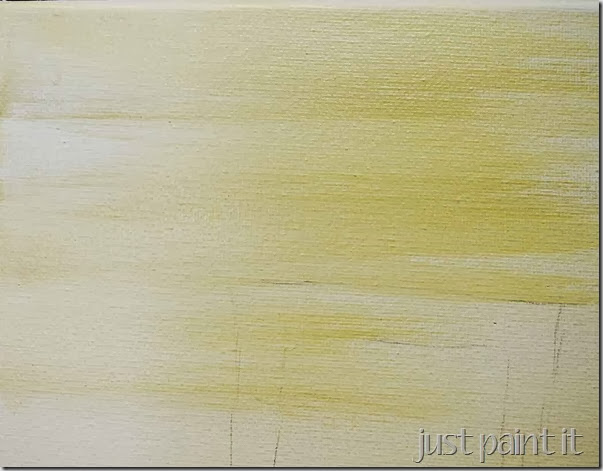 Using a 1-3/4” brush I loaded Putty with a little Bamboo and a smidgen of grey and stroked it on. You could use a 2” trim brush too, or even a foam roller. I happen to like the 1-3/4. I also wanted the striations, the stripes of color, which is why I didn’t mix the colors together first. 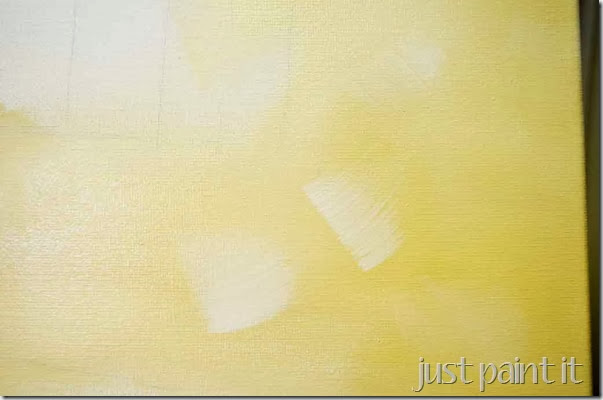 With the basecoat still damp I added touches of white here and there . . . 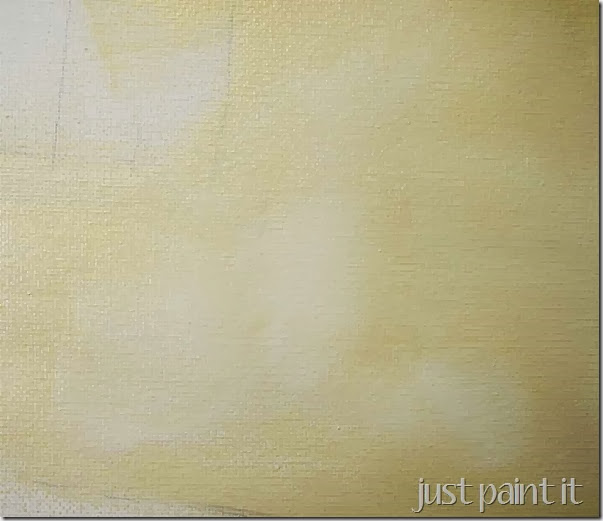 and then worked them into the canvas for a little added dimension to the ‘wall’. Then I called it a day, left it sitting on my easel, and went to bed. When I saw it the next morning, it looked “off”. Already. On Day 2. Well, if something’s gonna be “off” you want it to happen early on in the painting. Or I should say, you want to notice it early on. 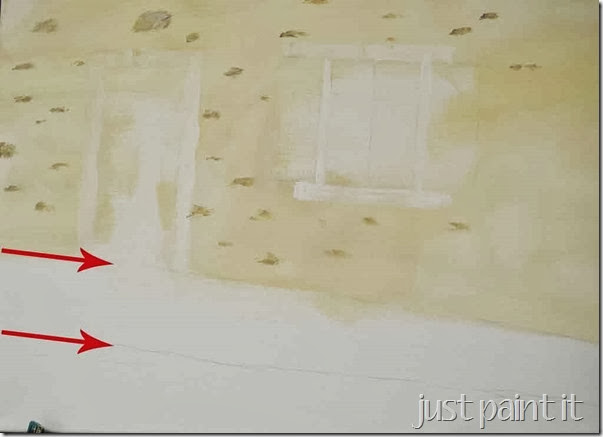 The house was sitting up too high, leaving way too much driveway beneath. Too much gray . . . road. 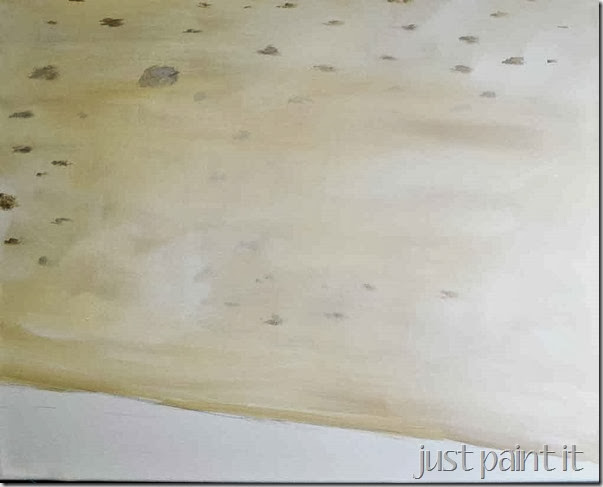 So I moved the line down a couple inches and filled it in with paint. Which is why I paint instead of, say, baking or sewing. Make a mistake with either of those and . . . major do-over instead of a quick fill-in. Rip. Rip. Rip. How many hours of my life did I spend ripping out seams? Anyway, at this point my painting muse told me to reexamine the angle of the door and windows. 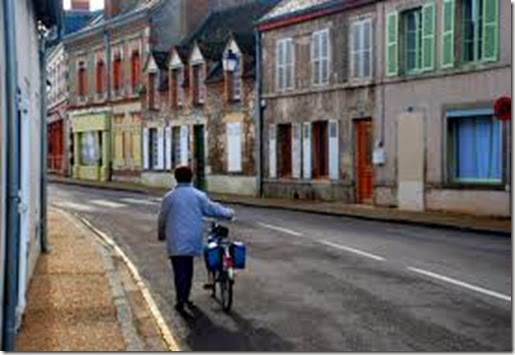 Sure enough, looking at this shows the windows at a different angle than the road. 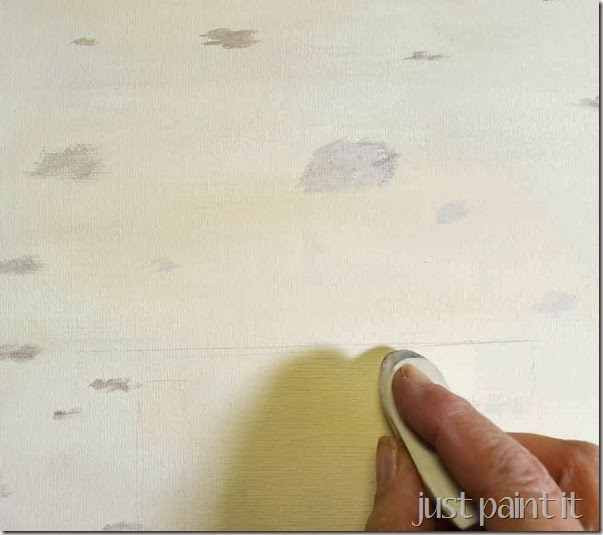 Instead of a seam ripper I now keep an eraser handy. 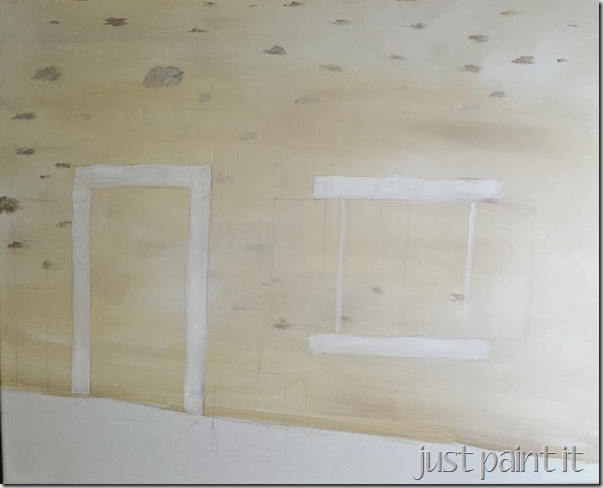 I whited in the door and window surround just to know where to paint the rocks in the wall. No, they’re not at as much of an angle as the photo above. And I might regret that. But for some reason, when I sketched them at the “proper” angle, they still looked off to me. I could do some research and find out the reason behind these angles. But I won’t. Full disclosure again. 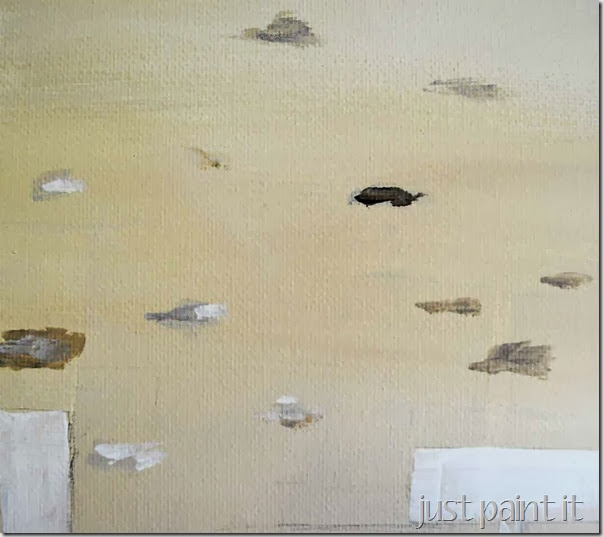 Ok, let’s talk about these “rocks” for a minute. Because I’m painting them on a 16 x 20 canvas I can get away with just dabs of paint. If I were painting a larger wall mural, for instance, they’d have a lot more detail. 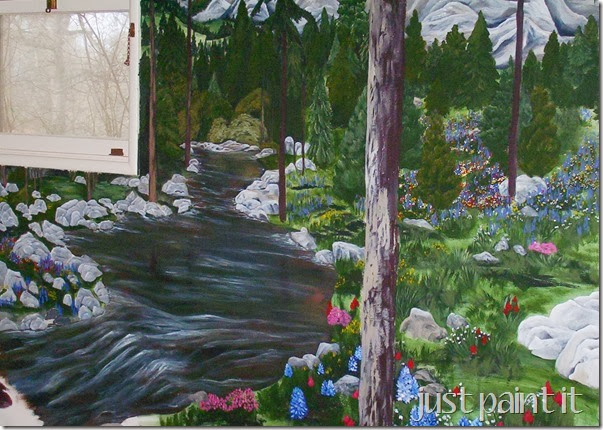 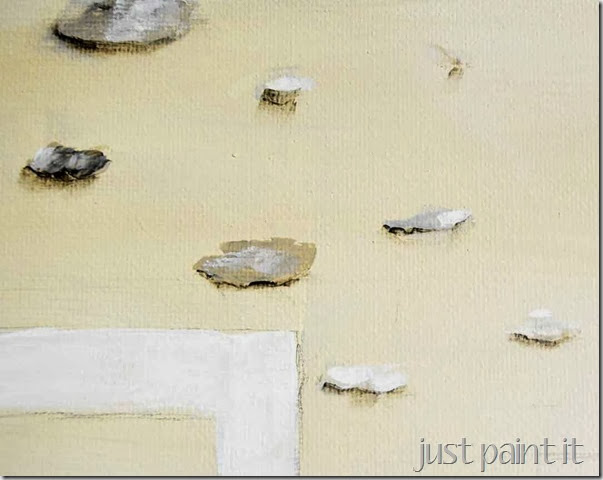 So after some random sized, random colored dabs of paint I added a little shading underneath. Let’s talk about shading, because that’s what make these look like rocks. Any time you shade an object you have to first determine your light source and where it’s coming from. Since this is a house in the day time, the light source would be the sun, shining from above, which would create a shadow underneath the stones. The larger the stone, the larger the shadow. You get to decide. Pretend you’re Bob Ross and paint some happy little rocks. 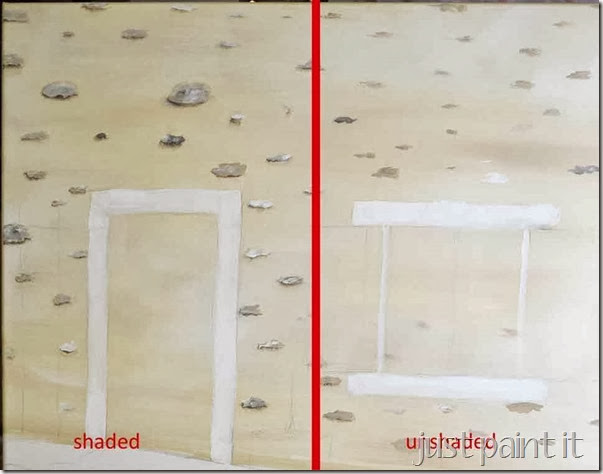 It’s a subtle difference but the shading does give the eye a clue that those blogs might be rocks. You could highlight the upper part of the stones too, if you want. I chose instead to use the same color as the basecoat so it looks like the rocks have sunk into the side of the building more. 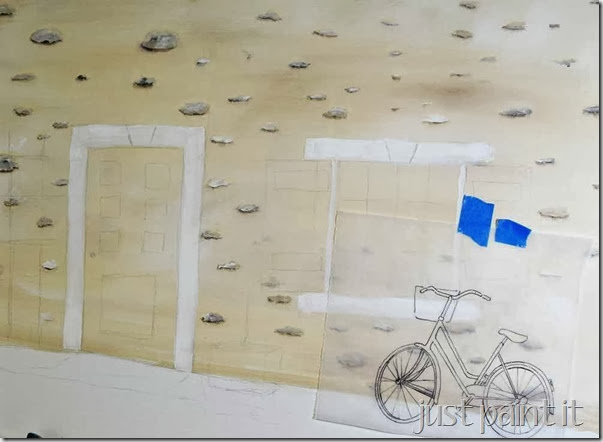 So the background is done. Next I’ll work on the door and window, which will be fun . . . I hope. Tomorrow I have a Valentine’s project to post that was scheduled long before I got this nutty idea to share this painting. But I’ll be back with Day 3 on Thursday.