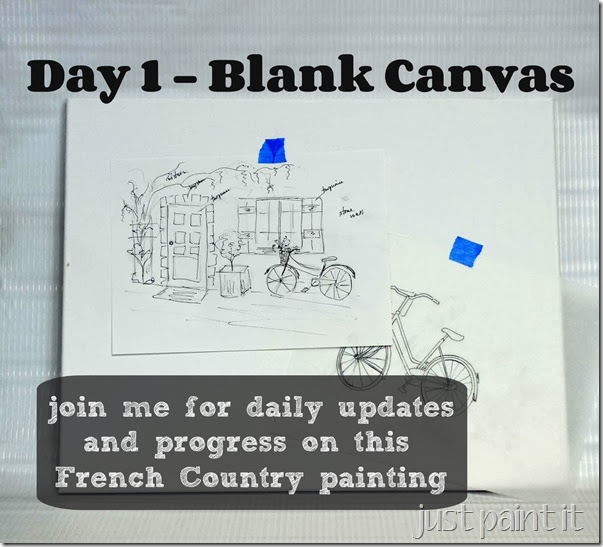 I haven’t painted a ‘regular’ painting in quite a while. I mean, I’ve been painting dogs and craft stuff, but there are a lot of blank walls in my house and I decided I need to paint something just for me.

Usually I post all of the step-by-step photos after I’ve finished a painting and tell you what I’ve done along the way.

how about showing each day what I’ve done on the painting?

Now maybe that doesn’t seem like such a big deal. But it is.

Did I mention each day?

Okay, so nobody has a gun to my head, forcing me to do this, or anything. And it’s true, probably likely, that Life will throw some interruptions in the way this week. My brother might be released from the hospital. I’m trying to get the blog ready to move to WordPress which means a lot of redesign. And then there’s always that unwelcome visitor that pops up at the worst possible times.

Have you met him? I hope not. Because when he’s around it’s really tough to get anything done.

So I’m giving myself a little challenge to see if I can really commit to painting and posting every day this week.

Or nearly every day.

Wish me luck. And let’s get started!

The idea for this painting started with a bicycle.

I don’t know why.

I just wanted to paint a bike.

So I googled bicycle Images and noticed that most of them are on streets in France.

From there I googled “french streets”, “french countryside” “bikes on french streets” . . . you get the idea. Before I realized it, I had the makings for a French Country painting.

These are my reference photos. 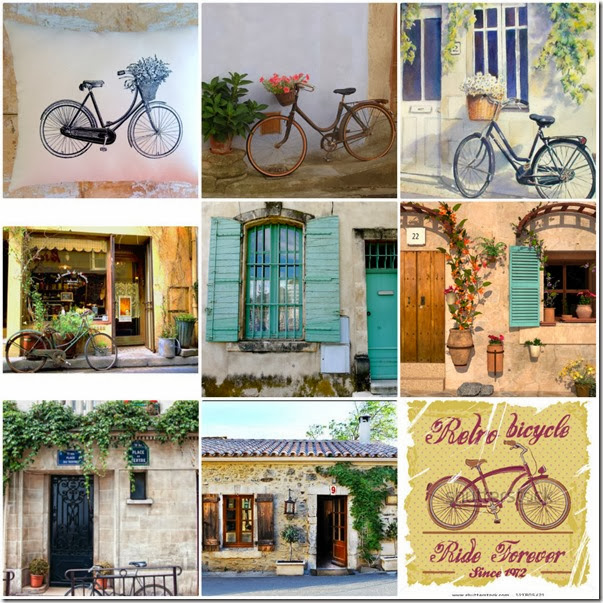 Knowing the bike would be the hardest to draw, I started with that first, a sketch on tracing paper. 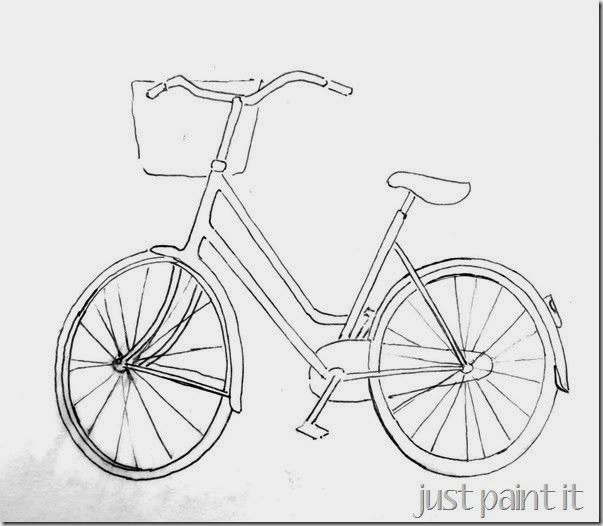 The wheel spokes need some work but I’m hoping by the time I actually paint the bike, they won’t stick out so much.

See, stuff like that I forget about by the time I finish the painting so I never write it down.

Not that it’s a big deal. But if you’re painting something too and you worry about little things like wheel spokes, then you’ll see you’re not alone.

Us worriers and over-thinkers need to stick together, right? 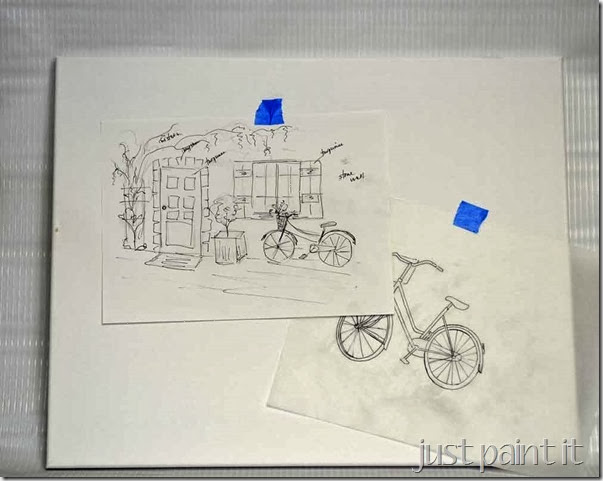 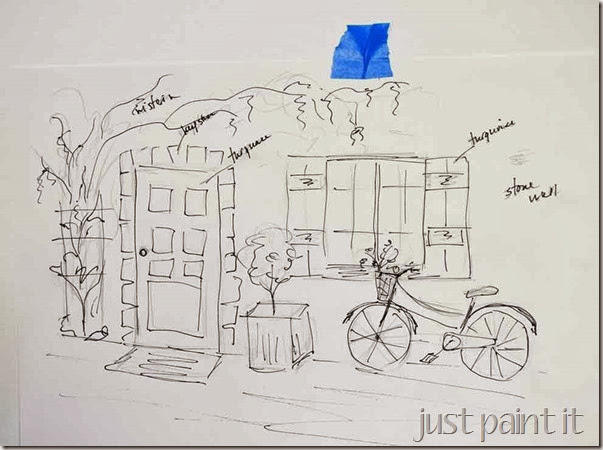 This is the basic idea – a french country house with wisteria on a trellis, an old door and window with the bike parked in front.

(Normally I just pencil planning sketches but I wanted you to see where I’m going with this.)

I didn’t keep track of the hours I’ve already spent on googling images and sketching the bike. I’d guess around 3-4 maybe. Not that it matters because this painting is just for me.

I’m off to paint the stone wall – the background – and see what else I can get done today.